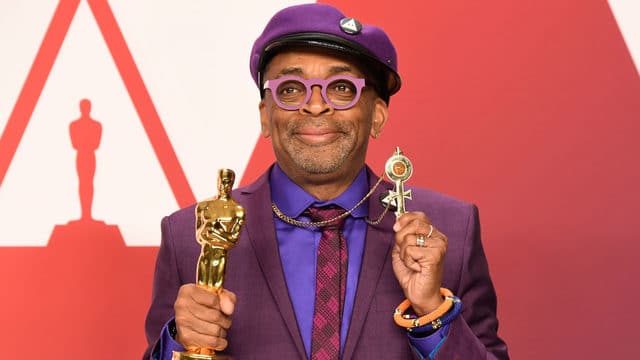 Spike Lee just won his first Oscar on Sunday night. The filmmaker took an Oscar home in the Writing (Adapted Screenplay) category for “BlacKkKlansman”. Spike Lee was also nominated for direction and paid gratitude to his grandmother for getting him through college and graduate film school. 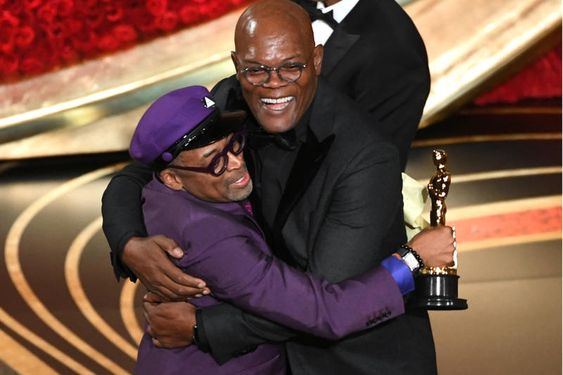 “My grandma, who saved 50 years of social security checks, to put her first grandchild — she called me Spikey poo — she put me through Morehouse college and NYU grad film,” he said.

Spike Lee: “The 2020 presidential election is around the corner. Let’s all mobilize. Let’s all be on the right side of history. Make the moral choice between love versus hate. Let’s do the right thing!” #Oscars https://t.co/zSrvQG8ZE6 pic.twitter.com/Pb86835lhI

“The 2020 presidential election is around the corner. Let’s all mobilize. Let’s all be on the right side of history,” Lee continued. “Make the moral choice between love versus hate.”

“Do the right thing! You know I had to get that in there!” Lee added, referring to his 1989 film “Do The Right Thing,” which was nominated for an Oscar.

Spike Lee jumped on Samuel L. Jackson before accepting the award, giving him a warm hug.

The film sees a black cop named Ron Stallworth, who infiltrated the Ku Klux Klan in the 70s. Zimmerman, played by Driver is a white Jewish cop who helps Stallworth infiltrate the racist organisation by going undercover and going as a Klan member.

Also Read: Netflix’s Umbrella Academy Is Now The Biggest Digital Show In US

Many people across the globe reacted on Spike Lee winning his first Oscar.

On the 30th anniversary of Do the Right Thing, Spike Lee has finally won his first #Oscars⁠ ⁠ for #BlacKkKlansman pic.twitter.com/yV9Xci87w7

Spike Lee shouting out his enslaved ancestors, his grandmother, and all the Africans and Indigenous peoples whose blood and bones built this country is AMAZING. #Oscars pic.twitter.com/bbkduMyXGY

It makes me feel so proud to see Spike Lee win an Oscar. I remember when he was making Malcolm X. I believed in it so much that I invested in it. Huge congratulations to Spike!!!