The new Arrowverse drama has taken a slightly different approach when it comes to how many know of Batwoman’s real identity. However, the Bat-centered series has so far been restricted by how many people know of Kate’s night activities. While characters like Sophie Moore have been suspicious of Kate and Batwoman possibly being the same person, “Drink Me” ended up with a different series regular figuring it all out. Mary Hamilton has slowly been getting more involved in Kate’s life since she returned to Gotham.

How the Story Went

In “Drink Me”, Kate is dealing with Nocturna going after innocent people in Gotham for their blood. One of her tools was by injecting them with ketamine. But as Batwoman tries to stop her, Nocturna ends up drugging Kate during their first encounter. During a check-up, they discover that Kate has ketamine, but Kate makes up a story this is where her’s secret identity begins to fall apart. Later on, Mary finds out from Sophie that Nocturna had drugged Batwoman during their first clash. During the closing minutes of the episode, Mary begins to crack the mystery. She remembers Kate’s test results, and she goes to pick-up the Magazine uttering that ‘Kate, you’re Batwoman!’.

Having been saved by Batwoman and knowing that it was Kate this entire time; it’ll likely be the beginning of Mary joining the Bat-Family as Kate gains more allies around her. The episode “Grinning From Ear to Ear” teases that Mary will be offering” her “expertise to assist Kate.” That could potentially foreshadow a scene between the two step-sisters where Kate finds out that Mary knows her secret. It remains to be seen how Mary will process this information. 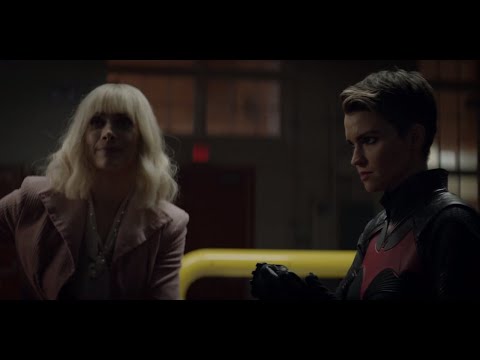