In no time Squid Game managed to surpass other Netflix originals to become the most-watched series on Netflix. The series was known for its ruthless violent scenes, killings, and deaths. But, every coin has two sides. The other side of the series showed us the good side of the characters wherein they’re being supportive of each other, helping each other, sacrificing their lives for their friends. And how can we forget Gi-Hun living up to the promise he made to his childhood friend Sang-Woo that they’ll split the prize money. Even though Sang-Woo was not more, Gi-Hun split the money and left a bag full of cash at Sang-Woo’s mother’s house. This was all about the series. We all saw how these innocent childhood games turned dark in the series. But did you ever wonder what their meaning or origin is? We’ll explain. Check it out:

Before the players made it to the secret island to play the games, they went through a test by the organization. These people sought out people in debt. In the series, the recruitment game Gi-Hun plays is Ddakji or ttakji. This is very close to a traditional Korean game known as Pogs. The goal is simply to flip your opponent’s tiles with yours by striking them with your tile. The show shows the recruiter acting as if he is on the same level as Gi-Hun which is obviously not true. He is way more skilled and experienced. Moreover, he has his own material. This shows how they’re only creating a visual of equality which is nothing but an illusion.

This game is known by many names such as Statues, Grandmother’s footsteps. In Korea, it is known as “Mugunghwa kkochi pieotseumnida.”. This is also the song that creepy doll sings during the round. This is the most brutal game. But they put it in the first round. That’s because this game had the power of eliminating a good amount of players, which it did. If you move out of the line even a bit, you’re dead. That’s what exactly happened. It instilled trauma, fear, and seriousness in the minds of the players.

The game involved Ppopgi also called Dalgona that had the sugary honeycomb toffee candy. It was once a popular Korean street food. Traditionally, the challenge used to be that if the person buying the candy would eat it without destroying the shape, he/she would get another candy for free. However, in the show, the reward is survival and punishment is death.

Originally, this game had a deeper meaning in Korea. There were variations in the game, but the way they used to play was almost the same. It was largely played during festivals, celebrations, and agricultural areas. It was called Juldarigi in Korea that was often played by the east and west side of the villages. The winner would get the larger portion of the harvest. If we see in the show, the game shifts the competition from players v/s organization to directly between players. This leads to backstabbing and unhealthy competition between players in the next episodes.

Marble games are not new to us. They have a longstanding history dating back thousands of years. In the show, the game is used as an opportunity to make the players slow down their frantic pace and talk to each other. Moreover, it creates an environment where the players decide for themselves who will die or survive.

This is the only round that isn’t an explicitly real-world playground game. However, we can trace back its origin to hopscotch and other hopping games which date back centuries to ancient India and Rome. In the show, they use this game to show how severely the competition is rigged against the players because the Front Man quickly turned off the lights when one of the players could tell the difference between tempered and untempered glass.

The final round, Squid Game is similar to tag, but with more complicated rules. This game was very popular in Korea in the ’70s and ’80s. The series creator told that he chose Squid Game as the final round and title because of its interest violence. 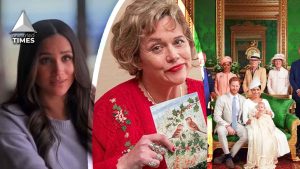 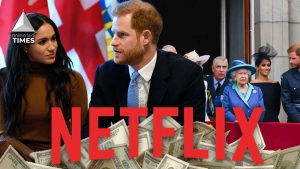