The Duffer Brothers recreated the 80’s nostalgia with their sci-fi show, “Stranger Things”. Each lead character’s index is perfectly scripted and is quite empathizing with the audience’s daily life. The show implied to all the age groups. This show embraces a few lines that left the audience awestruck. Here are some of the best quotes from the show, which make it worth a watch.

10. “If We’re Both Going Crazy, Then Will Go Crazy Together, Right?”

The director duo, Duffer brothers, made tremendous efforts and succeeded in establishing a splendid bond among the friends. In the second season of the show, Mike assures Will, who was influenced by the Mind Flayer by stating this line. This deals with the friendship among the group who are willing to save the life of their friend, even if it costs them their lives. As a group, they made many memories, but when it comes to protecting the life of their friend, they didn’t step back. This is one of the crucial reasons which makes the show worth a watch.

9. “Mornings Are For Coffee And Completion.” 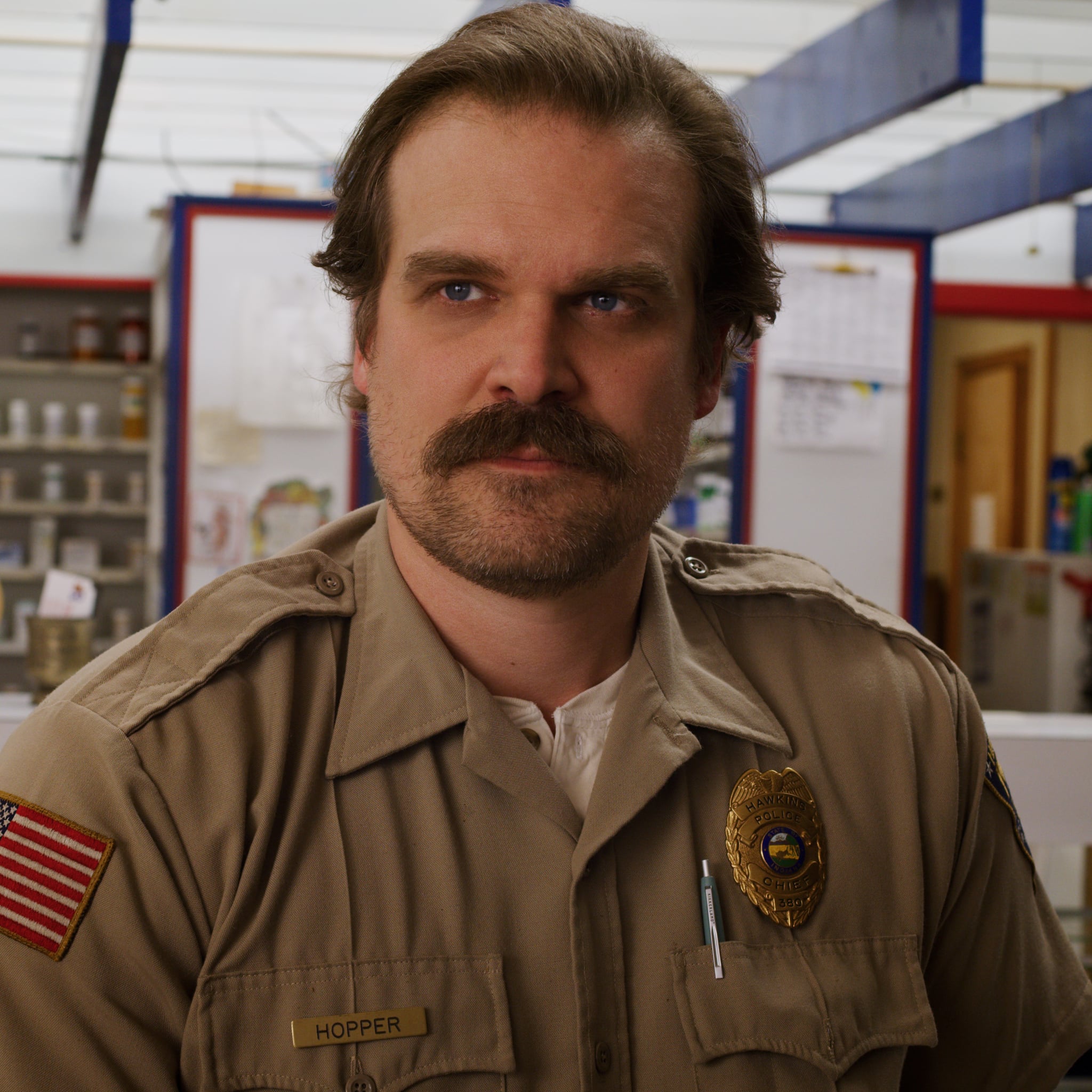 Every quote has a purpose or a story at the heels of it. When it comes to the lead character of the show, it has to perfectly match the situation and connect the audience to the story. Any emotional feel over a line will give utmost pleasure in having a line.

In the first season, Jim Hopper says, “Mornings are for coffee and completion.” This line brings in the character’s sense of humor to the audience. But deep inside the dialogue, lies a hidden emotion of optimism of the cast and gives the audience a fresh feel.

8.” Nobody Normal Ever Accomplished Anything Meaningful In This World.”

Jonathan Byers, the elder brother of Will Byers, has no significant interest from the audience’s point of view as he seemed to be a weirdo from the very moment of the show. He was just marked out as a caretaker of his mother, tumbled by Will’s missing. But eventually, he turns out to be the lead character. Jonathan establishes himself with a different view from the audience with his remarkable play in the show.

Usually, in a show like “Stranger Things,” which outcasts the theme of a bunch of children fighting counter to the monsters from other dimensions, the storyline may not have the space to fit such worthwhile quotes. Thanks to Jonathan, this show made it happen in its second season. 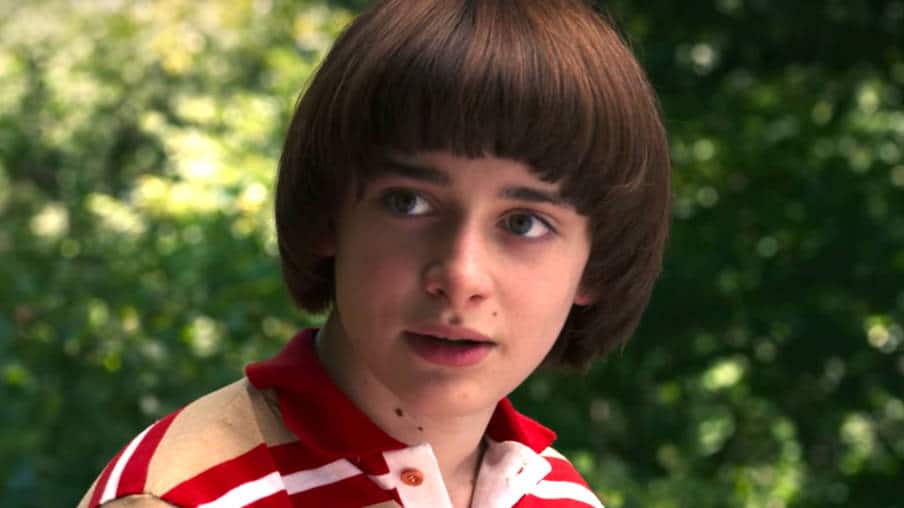 Whenever you watch any kind of horror film, you will be scared to hell, even with the slightest disturbance in the background or by a simple line with a terrifying voice. Simple lines are the most horrible things in this kind of series.

In the second season of Stranger Things, Will Byers, the victim of Mind Flayer, mouthed this line while other lead characters thought they were ahead in suppressing the effect of Mind Flayer. This leaves everyone in a shock, which trembles the audience and other leads actors. The fear towards the evil character is correctly shown through a single short line that you shouldn’t have upset him in a sharp voice.

Read More: Netflix Holds on to The Duffer Brothers with a Mega Overall Deal, Stranger Things to Return for Season 4 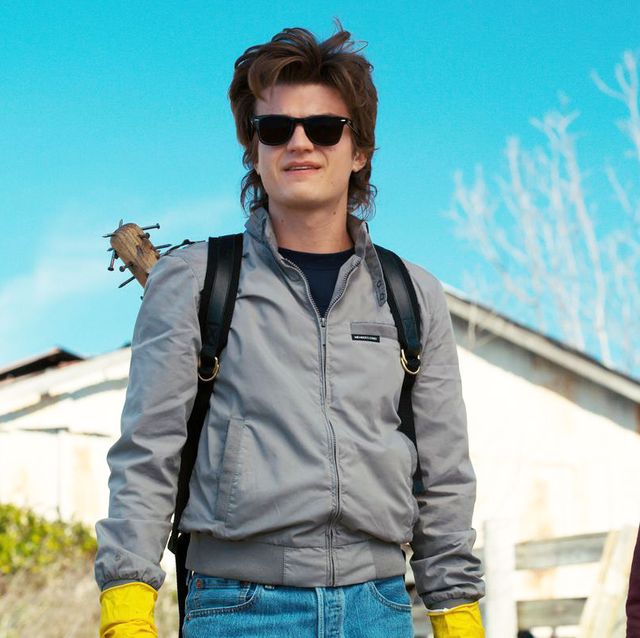 The director of the series leaves the audience amazed with unexpected twists in the plot. Not only the plot but also the characters in the show itself shows variation by switching between good and evil. These transitions of the role throughout the season illustrate the proficiency of the director and the actors playing the character.

In the inaugural season of the show, the character, Steve Harrington is surrounded by jerks and ends up being the hatred character. But in the following seasons, his heroic attempts, and a joyful friendship with Dustin, taking care of the kids, portrayed the transition of the character. This dialogue explains the same.

It’s a great deal to establish a relationship between any two characters in a show, but it is circumstantial when the characters in question are strangers. Here comes the most exciting friend duo of Dustin and Steve Harrington. Breaking the barriers of age, this duo is well established by the director, giving equal preferences to Dustin’s other gang of friends.

This line comes when Dustin is back in town from the summer vacation in the third season. His buddies ignored him, and he goes straight to meet Steve, working at a mall. Steve’s excitement on meeting Dustin gives the audience a reason to smile. The bond shared between Dustin and Steve is the best example of when friends are apart, foes fill their space.

Whenever the story of a film/tv show has a specific timeline, it requires a peculiar reference about that time. It is the time detail, which is most famous for the best outcome for a film/tv show. The director perfectly executes these references by showing the places, cars, fashion trends of the 1980s in the series.

In a matter of time, Bob Newby, portrayed by Sean Astin, who was a famous star back in the 1980s. In the third season, When the family was busy in solving a puzzle regarding the evil, he utters this dialogue from his famous movie, Goonies. During the show, it was left unnoticed. Later on, at the end of the series, the audience somehow managed to get it.

You may like: Ghostbusters: Afterlife Being Called Stranger Things “Ripoff.”

3.” She’s Not Going To Be Able To Resist These Pearls.”

Every fan who watched the series will end up having a favorite character. Dustin will be the most enjoyable and funny character with some dangerous science knowledge in the show. There are many other characters in the show, each having a remarkable point to be the reason for watching the show.

Dustin’s charm in the appearance of missing his front row teeth, this dialogue in the third season is an epitome for his confidence that his pearls (the left-over teeth in his mouth) will be a reason for a girl not to ignore him. This dialogue shows the optimism of the character despite his setbacks.

2. “But Please, If You Don’t Mind, For The Sake Of Your Poor Old Dad, Keep The Door Open Three Inches.”

Whenever Eleven is in a room, Hopper felt inclined to have a vision of her at all the time. These intentions of Hoppermake sense as professionally he is a cop that registers the character’s professionalism to the audience. Every moviemaker wants to convey something to the audience and to make them feel that scene in their way. This particular scene in the third season conveys that in a funny way. But at the end of season 3, this dialogue will be a tear-jerking scene when Eleven reads the letter of Hopper. Although he may not die in the last season of the show, this shows up like Eleven bid a send-off for Hopper.

There are very few scenes in a series where the lead character doesn’t talk much. But whenever there’s a moment to shine, then the placid character will attract the audience by just uttering a simple word that creates a significant impact on the scene. The dialogue “Friends don’t lie,” by Eleven throughout the series, claiming around the friends’ group, unveils what the real nature behind her silence was. This dialogue flared up to the emotional bond among the friends’ group.