Appearances are important in comics. In the comics industry, where visual talent is just as important as writing, a radical uniform change can lead sales to plunge. Creating a character’s unique “look” is a critical undertaking that artists must take care of. It may sometimes spell the difference between a new character’s instant fame and immediate oblivion. In the universe of the X-Men, authors are continually creating new characters, which means that fresh character designs are continuously being released. Aside from frequently using the renowned “X” emblem in some manner, these designs differ greatly. Sometimes the designs accurately portray the characters, and sometimes they don’t. Mutants come in many forms and sizes, each with its own special talent.

Comic readers acquire a lot of information about characters visually, but that information doesn’t always correspond to the writer’s genuine objective. We’re talking about characters who have designs that make them appear far more powerful than they actually are. Because there are so many mutants in the Marvel Universe, this is unavoidable. It isn’t necessarily a negative thing, but it might be perplexing for readers. It can also lead to some unnecessary forum debates regarding imagined character battles. Of then, making characters appear more strong than they are may lead to some great comic arcs and plots, so maybe artists and writers do that on purpose.

Northstar isn’t a rock giant or a lion man, but he does have an awesome outfit, sparkling eyes, and some amazing elf ears, so he made our list. The well-known mutant originally debuted in comic books alongside his twin sister, who possessed the same light-related abilities as him. They could produce tremendous light beams and sprint at superhuman speeds when they worked together. Even while apart, each twin is capable of some astounding achievements, but they always function best together.

Northstar’s distinctive outfit and overall “look” provide him the image of the ideal superhero. In DC terminology, he resembles Superman but is a third-incarnation Green Lantern.

During the late 1970s and early 1980s, Marvel authors tried to latch onto whatever trend they could in order to attract new comic book readers. Dazzler, the comedic incarnation of the disco mania, was one of their most blatant ploys. While Dazzler might easily have been a “one issue and done” type of character, her mutant talent to turn sound into light shows piqued the interest of fans. She quickly rose through the ranks of the X-Men.

Despite the fact that she’s usually on the squad, everyone understands Dazzler isn’t on the same level as the majority of the X-Men. Her high-fashion outfits and great confidence make her appear to be a powerful hitter, but she’s better suited for the stage than the battlefield.

Because readers see Beast so frequently (being one of the founding X-Men members, he’s a fixture on the page), they might forget how startling his look is. Hank McCoy, who is enormous, blue, and covered in fur, does not appear to be the world-renowned scientist that he is. While Hank is physically powerful and swift, his true strength is in his mind.

Of course, based on his appearance, that would not be your first choice. The contrast between Beast’s intelligence and appearance is a recurrent theme in comic books. A powerful-looking animalistic man who turns out to be a bright scientist makes for an intriguing (and unfortunately humorous) story.

Cable is a mutant with an Omega level. If you think we’re insane for including him on this list, you’re probably correct. Cable probably shouldn’t be on this list when he’s at his best. The problem is that Cable is nearly never at his best. The techno-organic infection that took his arm years ago needs ongoing psychic focus to prevent it from spreading, thus his assaults are never as effective as they may be.

Cable’s mutant skills of telepathy and telekinesis are likewise constantly fading, with most readers unaware of which capabilities he possesses in which book. Having said that, Cable’s glowing eye and futuristic portable weaponry make him appear to be capable of defeating Apocalypse on his own.

We feel a bit uncomfortable placing Angel on our list because he’s been through so much trauma in his lengthy, fictitious existence. Angel has had a difficult life, from his transition into the cold-hearted Archangel to his recent departure from current X-Men books.

That doesn’t mean Angel doesn’t deserve to be ranked one on our list of characters that appear to be more powerful than they are. After all, Angel’s only ability is flight, which is shared by many other mutants. Angel’s Archangel form, with its metal wings and blue skin, is rather frightening, although it isn’t particularly powerful. While Archangel’s supersonic scream and toxic feathers are entertaining, they won’t help him win many battles. 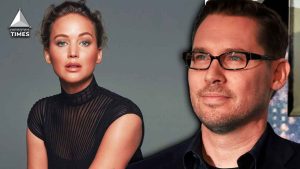 “It was incredible to not be around toxic masculinity”: Jennifer Lawrence Blasts Disgraced Director Bryan Singer, Claims He Threw Hissy Fits on Set 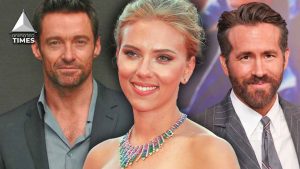