Pets are companions to their humans – their love and loyalty being their biggest assets. And even superheroes need them sometimes, because who doesn’t deserve some unconditional love. 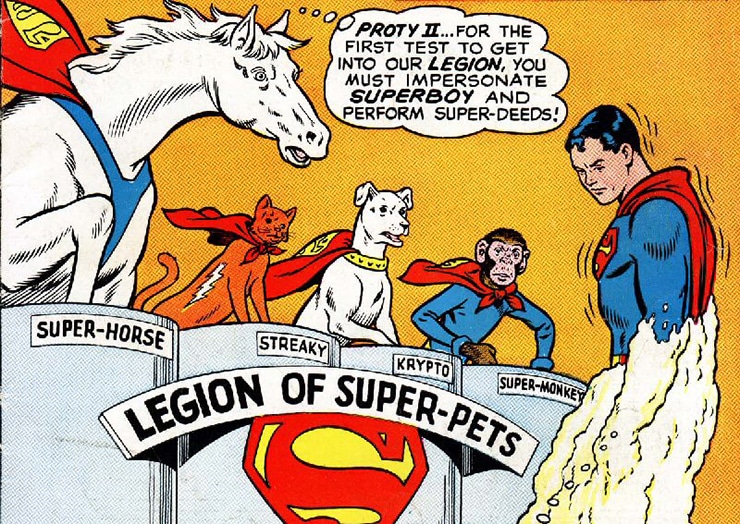 DC comics though, has been using pet companions as superhero sidekicks since the Silver Age of comics. Some are normal animals, while some have super powers of their own.

Here is a list of pet companions that DC’s superheroes have used as their sidekicks:

Krypto the Super Dog, was once a companion to Kal-El the toddler back in Krypton. Jor-El, Kal’s father, used Krypto as a test subject for the rocket that would take Kal to planet Earth.

Unfortunately, his pod gets knocked off, and Krypto drifted through space for years before getting to Earth. There he is reunited with the now teenage superhero – Superboy. 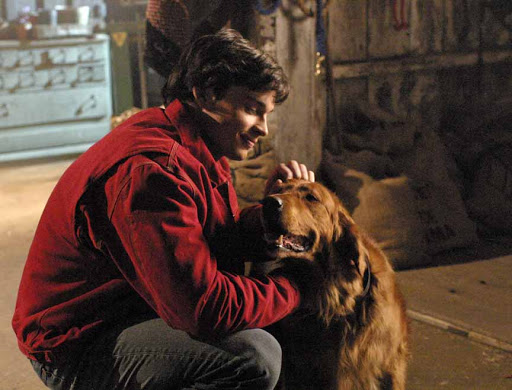 Being from Krypton, Krypto is super-powered in Earth’s atmosphere, living so close to a yellow sun. He goes on to have quite a few adventures with the Man of Steel.

Krypto was first introduced in the comics back in 1955 in Adventure Comics #210 issue. And has also appeared as a live-action character in shows like Smallville and Titans.

Rex the Wonder Dog, was introduced as a parody to Marvel’s Captain America in 1952 in his own comic storyline. Rex was injected with a super soldier serum and even goes on to serve during the World War II.

After the war, Rex is taken in by a Major Dennis, where he becomes a detective. He helps Dennis’ son Phillip, who was accused of murder and finds proof of his innocence. Later, Rex became a companion to Phillip’s younger brother Danny.

The Wonder Dog even fights alongside the future founding members of the Justice League – Superman, Wonder Woman, Batman, Flash, Green Lantern, and others, to thwart an invasion on Earth by Martians.

Later, an aging Rex is seen to be drinking from the Fountain of Youth alongside Detective Chimp. It rejuvenates both, and even gives them some new powers, like being able to talk to other animals. 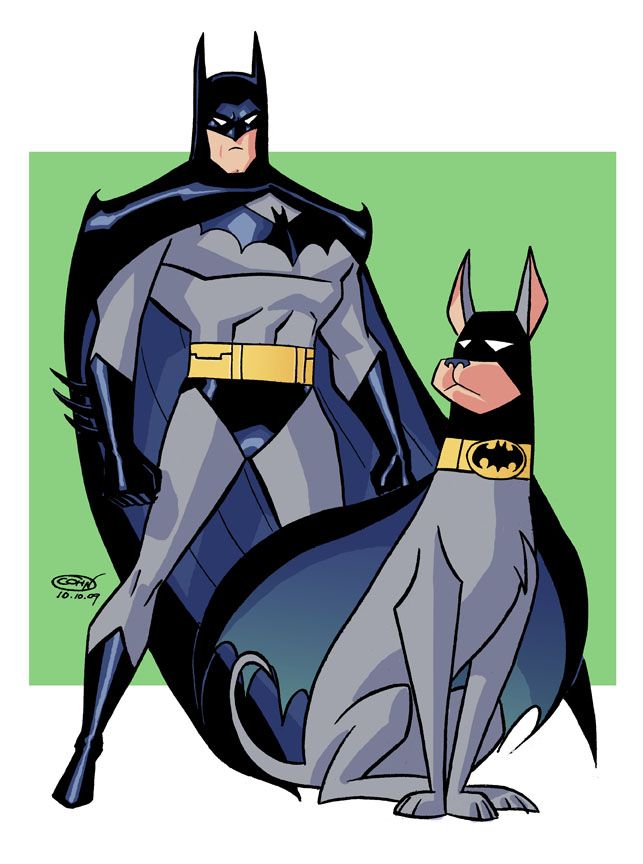 In 1955, Batman #22 introduced Ace the Bat Hound, the canine companion to Batman. But unlike Krypto and Rex, Ace was a normal dog.

Just like Batman himself, Ace was not super powered, but the duo shared many adventures together. Along with Batman, Ace was also a crime fighting partner to Robin.

To keep off suspicion, Batman designed a hooded mask for the dog, so that people don’t recognize him as Bruce Wayne’s pet. Unfortunately, Ace didn’t become as popular as his two other canine counterparts.

He retired from the comic world in 1964; but in 2017, Batman Annual #3, reintroduced Ace into the world of comics. For how long this time? Lets see! 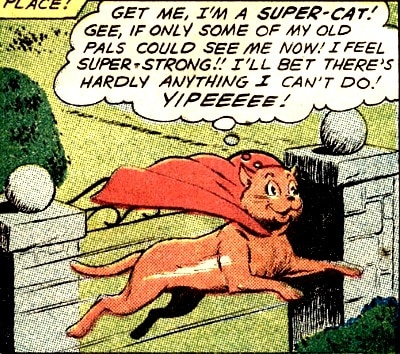 Streaky the Super cat was a companion to Supergirl, who got her powers from Kryptonite because of an accident.

While trying to make an antidote for Green Kryptonite, Supergirl accidentally created X-Kryptonite. It gives superpowers to humans and animals alike. 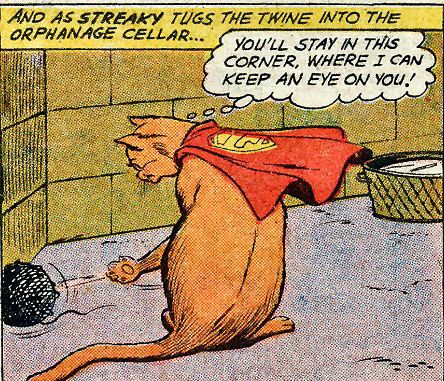 Streaky was exposed to the radiation of this Kryptonite, and gained powers similar to that of Superman and Supergirl.

She first appeared in the DC comics in Action Comics #260 in 1960, and goes on to become a member of the Legion of Super-Pets. 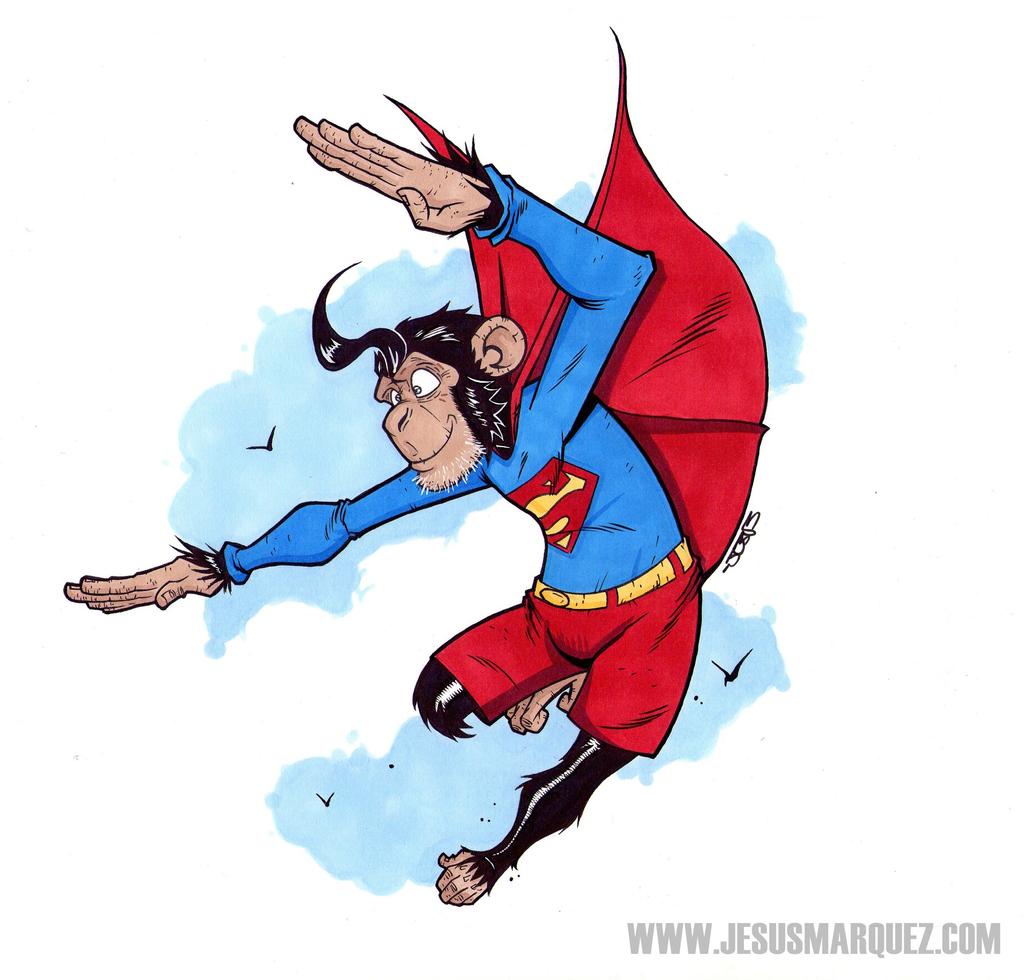 Beppo the Super Monkey, was once one of Jor-El’s test subjects back in Krypton. He stows himself away in the pod that brought Kal-El to Earth, unbeknownst to any.

After reaching Earth, Beppo leaves the pod behind and goes into the jungle. He stays there for a couple of month, before he sees Kal-El again, now as a toddler living with the Kent’s. 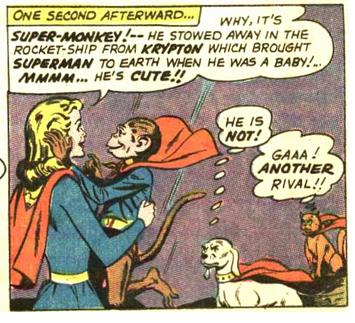 Beppo causes a lot of mischief, but once he sets of fireworks in the Kent’s garage, he gets scared and goes off into space. Eventually he finds his way back to Earth and meets Supergirl.

The character of Beppo first appeared in 1959 in Superboy #76 and later becomes a member of the Legion of Super-Pets along with Krypto, Streaky and Comet. 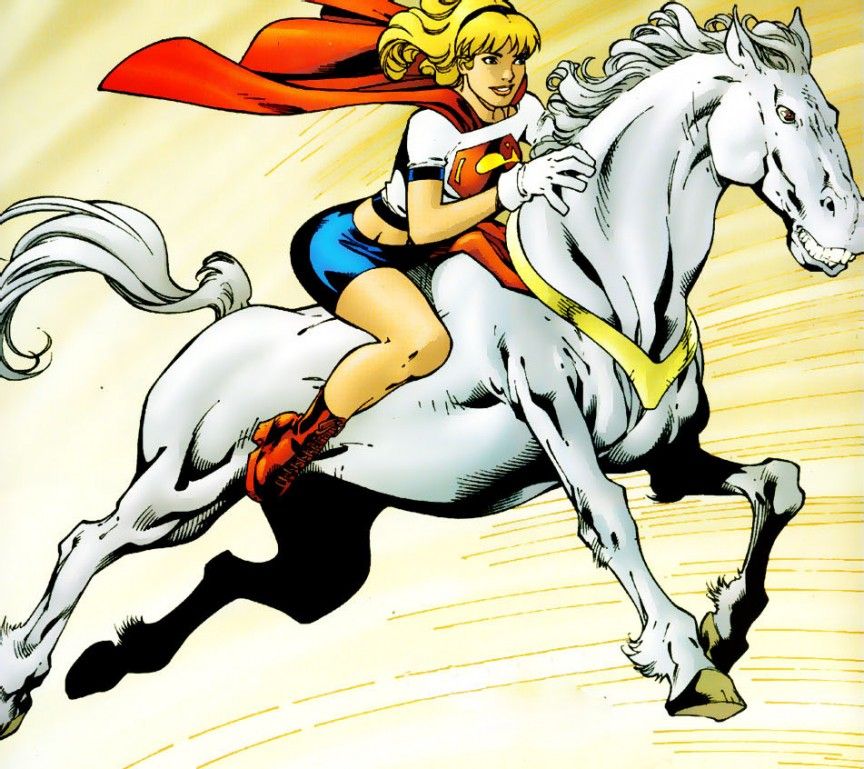 Comet has two forms in the DC Comics – one, a magical horse that was once a centaur in ancient Greece. Another was of a shape-shifter who can change forms to male, female or a winged centaur.

Comet the Super Horse was a pet to Supergirl, and also became her boyfriend for a short stint in his human form – as Bill Starr. He even had a short romance with Lois Lane. 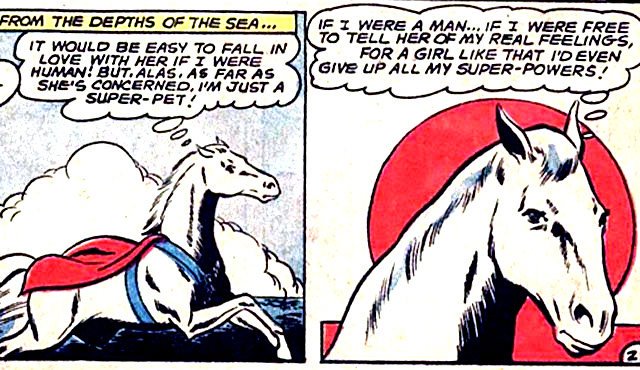 The witch Circe, as gratitude for saving her from a sorcerer, wanted to make the centaur – Biron, fully human. Instead he became a horse, so Circe gave him superpowers along with immortality.

Comet first appeared in the comics in 1962 with Adventure Comics #293. And then goes on to join the Legion of Super-Pets along with Krypto, Streaky and Beppo.