It was Batman who began the tradition of vehicles in the superhero world. He also had the Bat-Copter, Batjet, Batmobile and Bat-boat too. Likewise, Marvel had Quinjets while the X-Men has Blackbird.

However, out of all these, some are very notable for how they look. That is, pretty weird. A lot of them hail from the Silver Age, a time when comic book writers went crazy on weird storylines. So today we will countdown 7 strangest vehicles to show up in the comics. 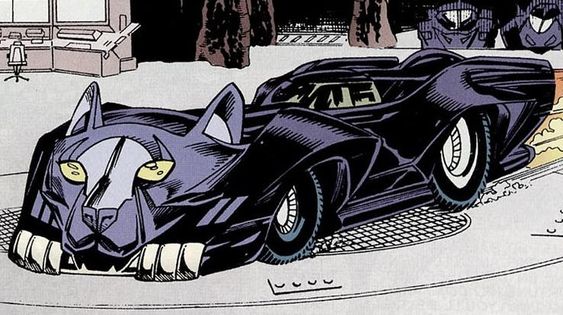 The 1950s showed the whole Gotham City dealing in themed cars. While Mr Freeze had his ice truck, Penguin owned something looking like an umbrella.

Naturally, Catwoman got her own cat-themed car which was also known as the and Cat-adilac. However, this was dropped out when the character got rebooted later. 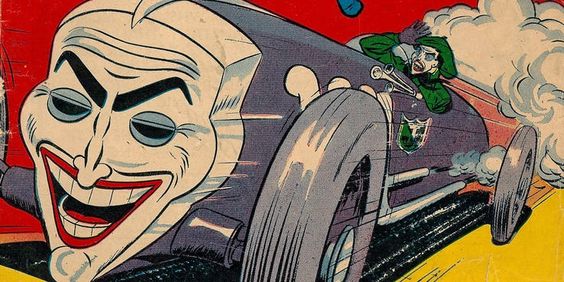 More than most villains in DC, it makes more sense for the Clown Prince of Gotham to flaunt a vehicle. Many of these Jokermobiles had a massive Joker head while a few were a bit more low-key but still stuck to the traditional purple colour.

The cars were more than they seemed. They could spray oil or throw off pursuing police cars. Even I’m 60’s Batman TV series had the Jokermobile! 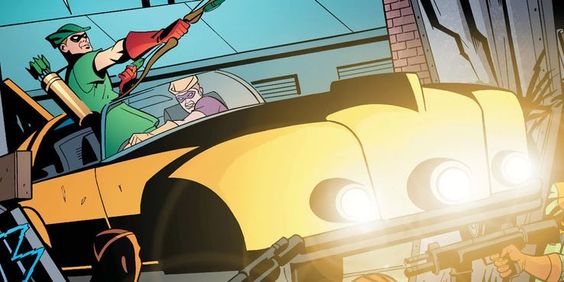 In 1950s Arrow was projected as Batman’s clone: a rich playboy who fought crime as a costumed hero with a motif. He even owned an Arrowcar, as stated by him in Kevin Smith’s “Quiver” storyline.

These Arrowcars were yellow jalopies with hoods that were open to allow Speedy and Arrow to shoot arrows while chasing enemies. However, this was removed after the reboot of Arrow later. 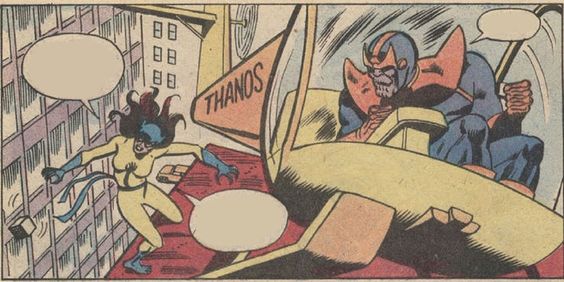 In his early appearances, Thanos wasn’t as evil as he is now. He was chosen mainly for Spider-Man stories and in one of the stories, he finds that a child has an Infinity Stone and starts hunting it down.

This issue sees Thanos flying in his own helicopter. Now only is this utterly hysterical, this still remains a priceless thing to read in Marvel Comics. 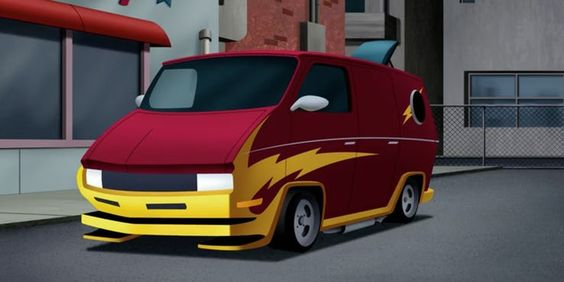 Flash may be the fastest man on Earth but in an episode of 2000’s animated Justice League series, he owns a van!

It’s later explained by Wally that it’s due to the various deals with sponsors and he also loves showing off his van’s TV set and refreshments. He has only used it once but we’d love to see Flash enjoying a ride. 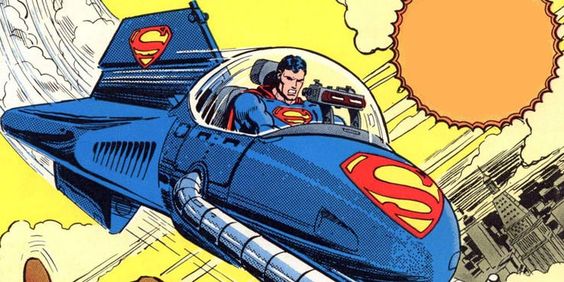 This was a ship designed after Superman’s Kryptonian spacecraft, this ship could fly Superman around the planet. It was made or supermanium, which is the strongest metal on Earth.

Every time Superman used this, he was either rendered powerless or if under the red sun. But for a hero who can fly at high speed, a spaceship sounds like an absurd idea. 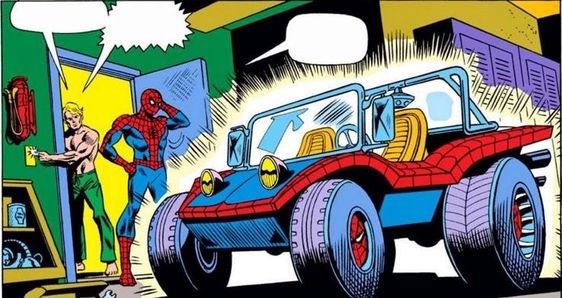 In the 1970’s, a car company approached Spidey in an issue asking him to endorse a car. Peter agreed although he didn’t know how to drive. Spidey then went to his old friend Johnny Storm who came up with a weird dune buggy!

This could drive up walls and could also pull off some really nice stunts. However, Peter never liked it and was happy when it drowned in water during a fight.