The preview for the two-hour series finale of Supergirl which will premiere on Tuesday, November 9, has been released by the CW. The finale event is set as two separate episodes titled, “The Last Gauntlet” and “Kara”, and will give fans a showdown between Lex Luthor and Nyxly, alongside the wedding of Alex Danvers and Kelly Olsen. The event will also see many familiar faces returning back, including James Olsen, played by Mehcad Brooks, Winn Scott, played by Jeremy Jordan, and Mon-El, played by Chris Wood.

The first hour titled “The Final Gauntlet” will see the return of Supergirl and her friends who will come together to rescue a loved one, Kelly and Alex’s daughter, Esme, who was kidnapped by Nyxly and Lex after it was found out that she was the new love totem. In the second hour of the event, “Kara” will see the wedding and the final push to take out Nyxly and Lex for good. 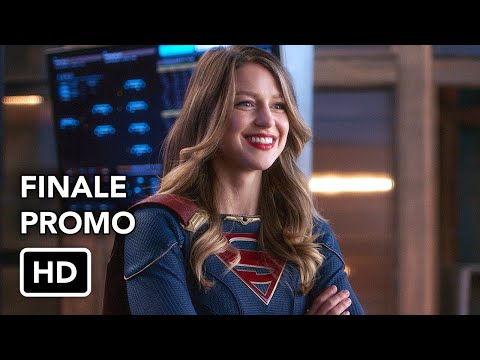 “There’s so many special things about the season,” co-showrunner Jessica Queller told ComicBook.com earlier this year. “I could spend another 10 minutes talking about it but some of the things that are very meaningful to us is we always like to tell stories that reflect what’s going on in real life. We have a bunch of social justice-focused episodes that really come out of largely the Black Lives Matter movements and the events of last summer and have those similar themes that I think mean so much to us, all of us in the writers room, to be able to talk about inclusion and equality and things, values that matter to us.

She added, “And also, just there’s a very satisfying arc for Kara Danvers/Supergirl having to do with her at the beginning of the Season 1 pilot episode. You know, like a sort of insecure, bumbling, wide-eyed young girl to becoming a very mature, integrated, authentic hero of the people.”

Here’s the synopsis for the two episodes:

“THE PENULTIMATE EPISODE KICKS OFF THE TWO-HOUR FINALE FOR “SUPERGIRL” – In the penultimate buildup to the season finale, Supergirl (Melissa Benoist) and the super friends take drastic action after a loved one is kidnapped by Nyxly (Peta Sergeant) and Lex (guest star Jon Cryer). An unlikely ally steps in to help the team. The episode was directed by Glen Winter with a story by J. Holtham and teleplay by Derek Simon & Jay Faerber.”

“THE EPIC SERIES FINALE BRINGS BACK FAMILIAR FACES AND FEATURES A BEAUTIFUL WEDDING – In the epic series finale, Supergirl (Melissa Benoist) is joined by familiar faces from the past to help her stop Lex (guest star Jon Cryer) and Nyxly (Peta Sergeant) for good. Meanwhile, Alex (Chyler Leigh) and Kelly (Azie Tesfai) prepare to walk down the aisle. Mehcad Brooks, Jeremy Jordan and Chris Wood return for the series finale. The episode was directed by Jesse Warn with story by Robert Rovner & Jessica Queller and teleplay by Rob Wright & Derek Simon.”