Superheroes have become an integral part of modern pop culture. But they didn’t always look that way.

What if there was a then and now comparison?

Wouldn’t it be fascinating to look at how they evolved over time?

Here’s a list of the most recognizable superheroes then and how they look today. 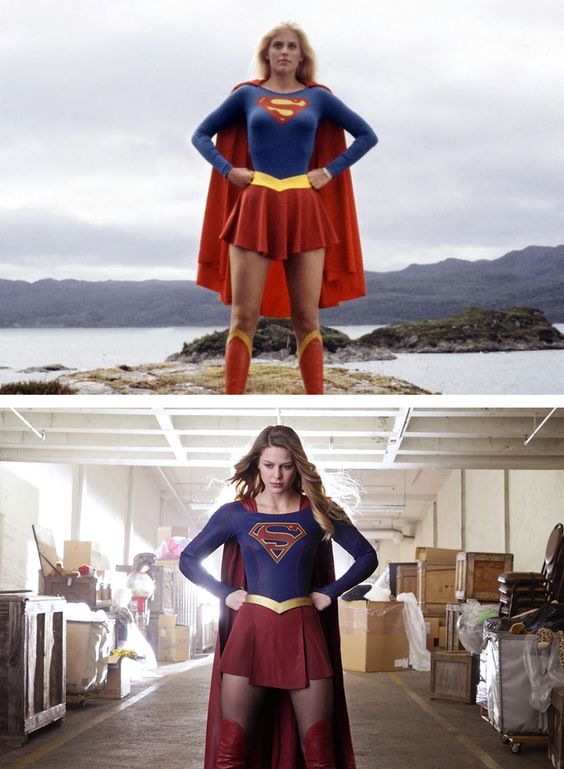 Here’s Helen Slater looking exactly like her comic-book counterpart with Melissa Benoist looking intense in her television series that premiered in 2015. 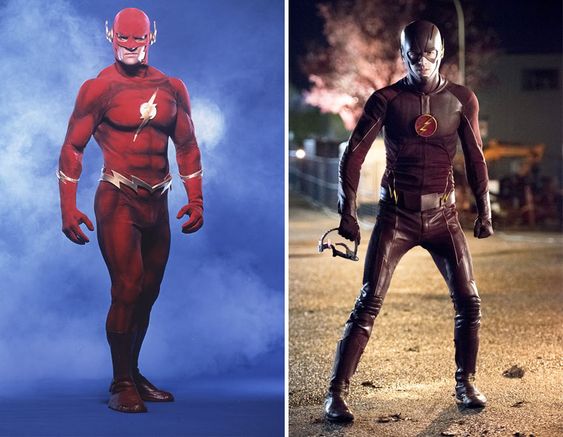 John Wesley Shipp’s tenure as the Flash in 1990 may have been brief, but memorable.

The CW network had other plans. They cast Shipp as Barry Allen’s father and later as the elderly speedster Jay Garrick alongside Grant Gustin’s Barry Allen.

It all worked out perfectly. 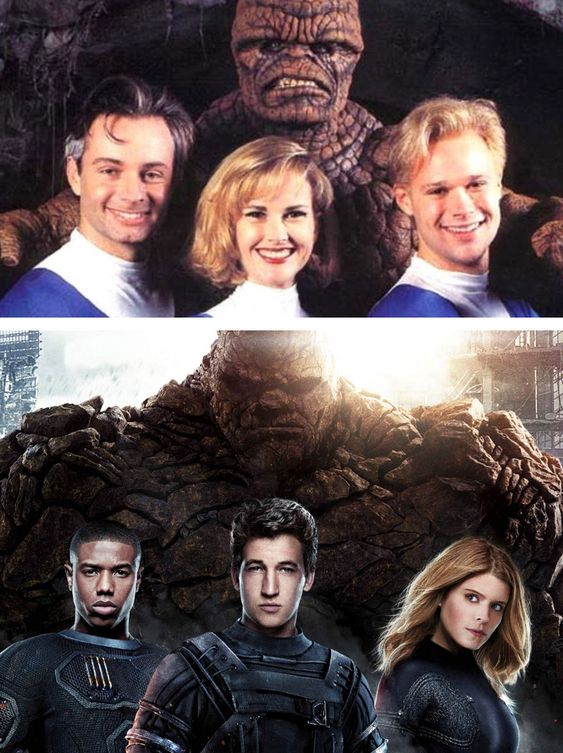 The Fantastic Four while an iconic comic book property does not have the best track record at adaptations.

The 1994 version went unreleased with bootleg copies that were badly received.  The 2015 version didn’t really fare well either. 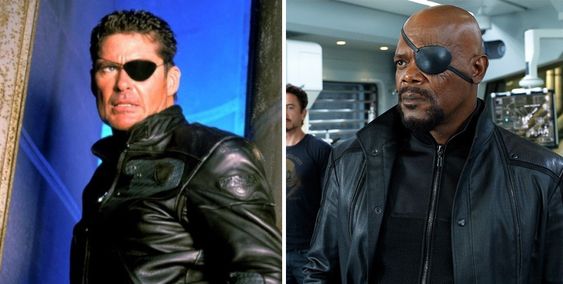 Everyone loves the ‘Hoff and here he is in the 1998 film, Nick Fury- Agent of SHIELD.

But when Samuel L. Jackson took on the role of the badass boss of SHIELD, everyone knew this was a casting coup. 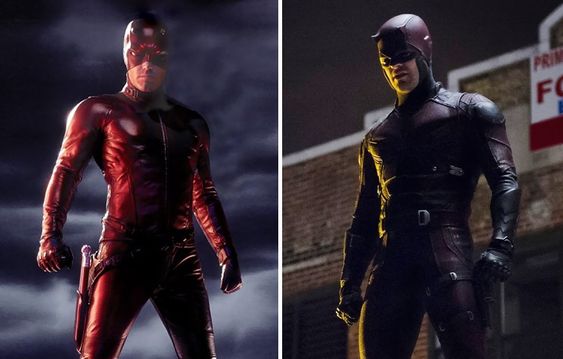 Ben Affleck may have not had the best time as the devil of hell’s kitchen in his 2003 role. 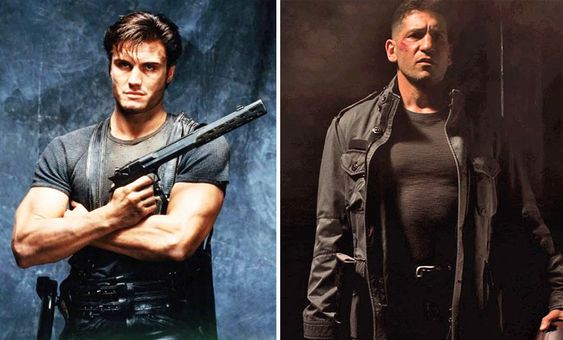 Sure Dolph Lundgren looks great as the violent anti-hero Frank Castle, but it took Jon Bernthal and all his intense ferocity to channel the Punisher in his own television series. 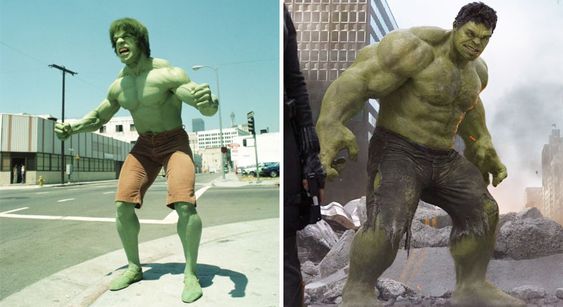 Lou Ferrigno as the Hulk in the 1978 Incredible Hulk TV series is a cult icon.

However, modern filmmaking technology transformed the mild-mannered and sweet Mark Ruffalo into the devastating Hulk in the 2012 Avengers film.

A lot of people might think that’s an ancient version of the Iron Man suit. It isn’t.

That’s Exo-Man, a paralyzed professor in a suit, fighting crime. 2008 however, gave us one of the greatest superhero portrayals of all time- Robert Downey Jr. as Iron Man. 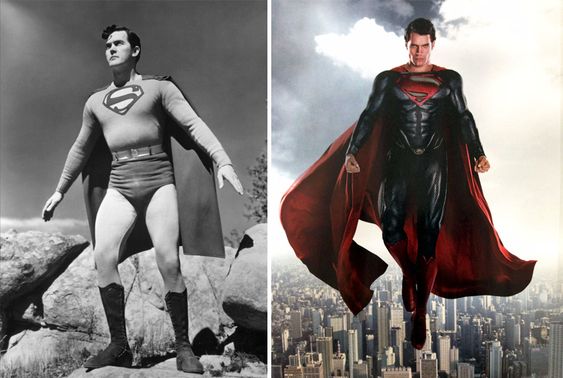 Kirk Alyn was amazing as the Man of Steel in his 1948 portrayal.

Henry Cavill is a worthy successor to the cape and the name ever since 2013.

The Incredible Hulk Returns was a TV movie that featured a version of the God of Thunder himself.

Granted, he does look like an ancient Viking warrior for 1988.

Chris Hemsworth however looks magnificent as the God of Thunder in his Marvel Cinematic Universe appearance.

The uniform or armor is also given an upgrade and so is his beloved Mjolnir. 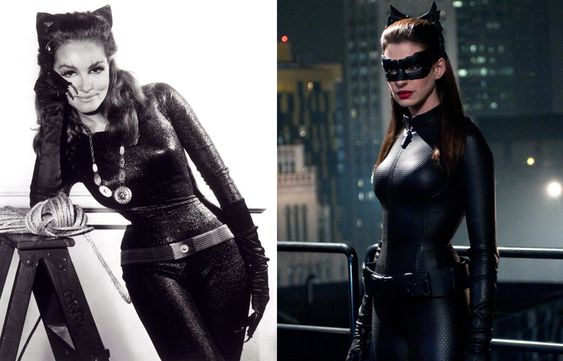 Julie Newmar as Catwoman in the 1960s Batman series set the standard for how the character was to be portrayed on screen.

Anne Hathaway on the other hand was absolutely flawless in 2012’s The Dark Knight Rises. Win-Win. 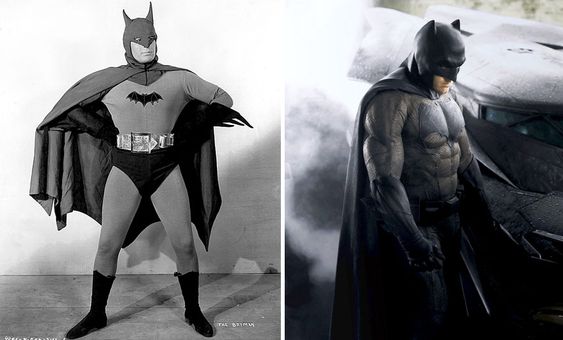 Last and by no means least: The Caped Crusader himself.

Batman was inspired by Zorro and it shows when Lewis Wilson is in his full Batman uniform.

However, as the years changed, so did the uniform.

Enter 2016 and Ben Affleck’s Bat-suit resembled tactical armor, enabling him to take on stronger, more deadly criminals that would harm the innocents of Gotham City.