Superman vs The Flash? Both DC superheroes have raced on several occasions in comics, cartoons, and movies. And Superman was definitely quicker than a bullet then too.

But The Flash has yet again proved that there is no Kryptonian superhero he can’t outpace in a blink.

The DC Speedsters And Their Assets

“Superman vs The Flash? Who would be faster? ?” This question is often asked, but can it ever be answered to fans’ satisfaction. The Flash is usually referred to as “The Fastest Man Alive.” But Superman has had his fair share of races as well. And it is a fact, super-speed is not the only thing that makes the Man Of Steel indomitable.

However, the Scarlet Speedster’s can render one of Superman’s assets useless: his speed. We know The Flash’s superpowers have granted him more than just speed. But that they are incomparable to his formidable compatriots. Hence, when push comes to shove, and he is pitted against the mightiest, he resorts to hitting the ground running. 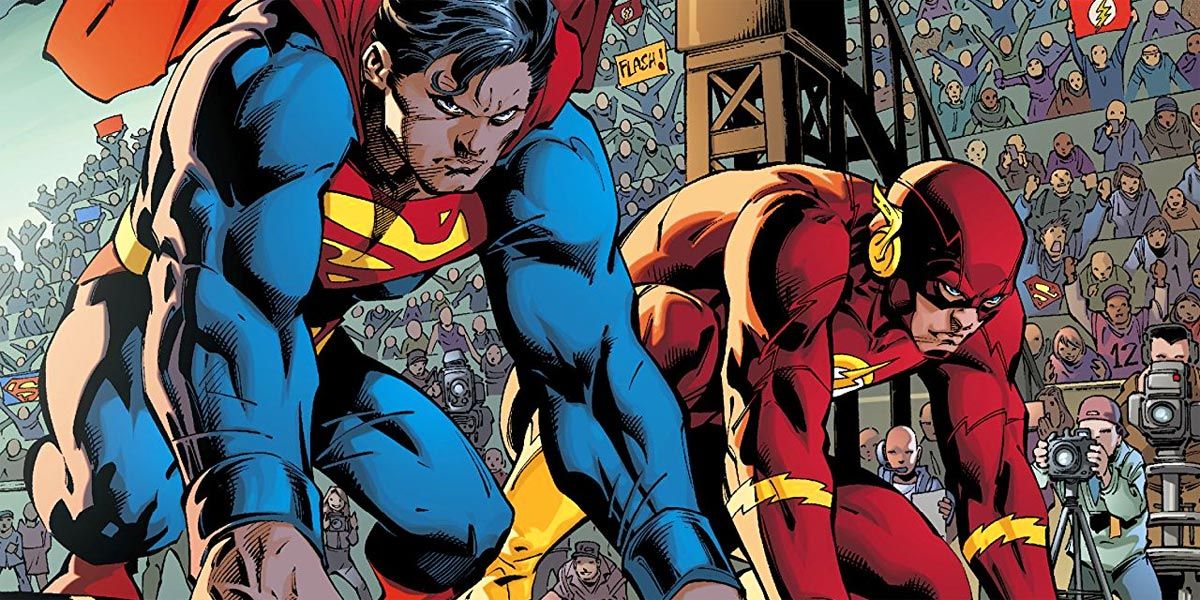 The first race of the two superheroes took place in 1967 in Superman#199. Most of the races between this dynamic duo have been for the purpose of charity.

Some races have ended up in a tie, and some were won easily by Flash (either Wally West or Barry Allen). The races started in comics but continued in other media as well. The race for establishing the fastest superhero is a recurring event.

The Flash and The Confrontation 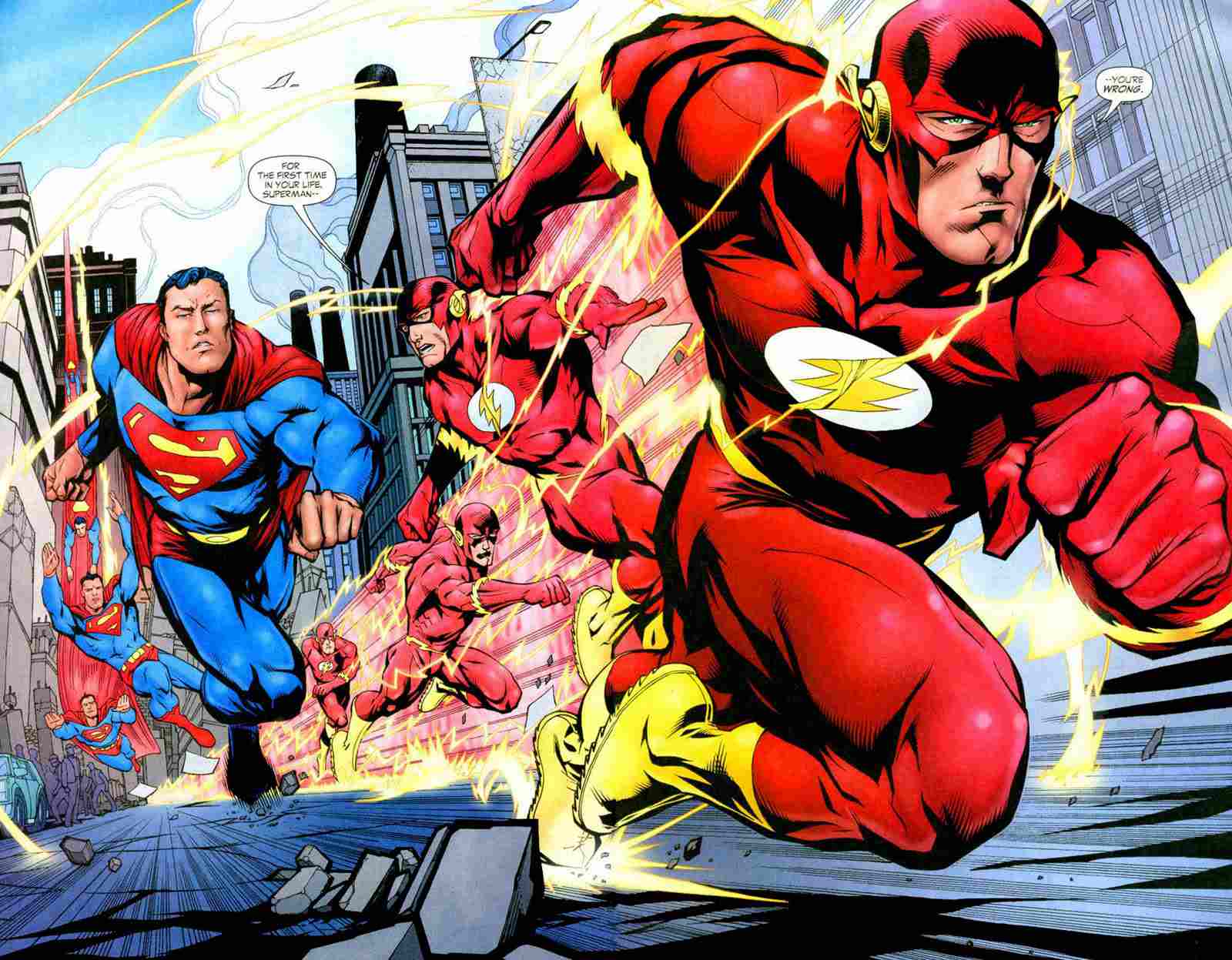 On page #209 of The Flash, we are given an opportunity to enjoy a speed-test race between the two superheroes. Here, The Flash outruns most of the Justice League gang as he leaps around the planet at his top speed. But he quickly realizes that Superman is not far behind. The Man Of Steel stays hot on his heels throughout.

However, before Superman goes on his world-spanning-search, The Flash is confronted by the Justice League. League demands an explanation from him for his bizarre behavior. But little did they know that it is Wally West in The Flash’s uniform.

Soon, Batman (of course) discovers Wally West’s identity and threatens him to come clean. But in the middle of this confrontation, Wally runs to Gotham. And Superman follows.

The entire time during the chase, Superman keeps up with Wally. But soon, his desperation grows, and so does Wally’s self-confidence.

At one point, Superman grabs Wally by his arm but he shrugs himself out of his grip. This instance instills more confidence in Wally and he believes he is faster than Superman. And Wally West manages to outpace him.

Superman uses his heat vision to try and catch up to him too. But Wally nonchalantly remembers he’s faster than this superpower also. Superman is left behind, eating his dust.

The latest race between the superheroes 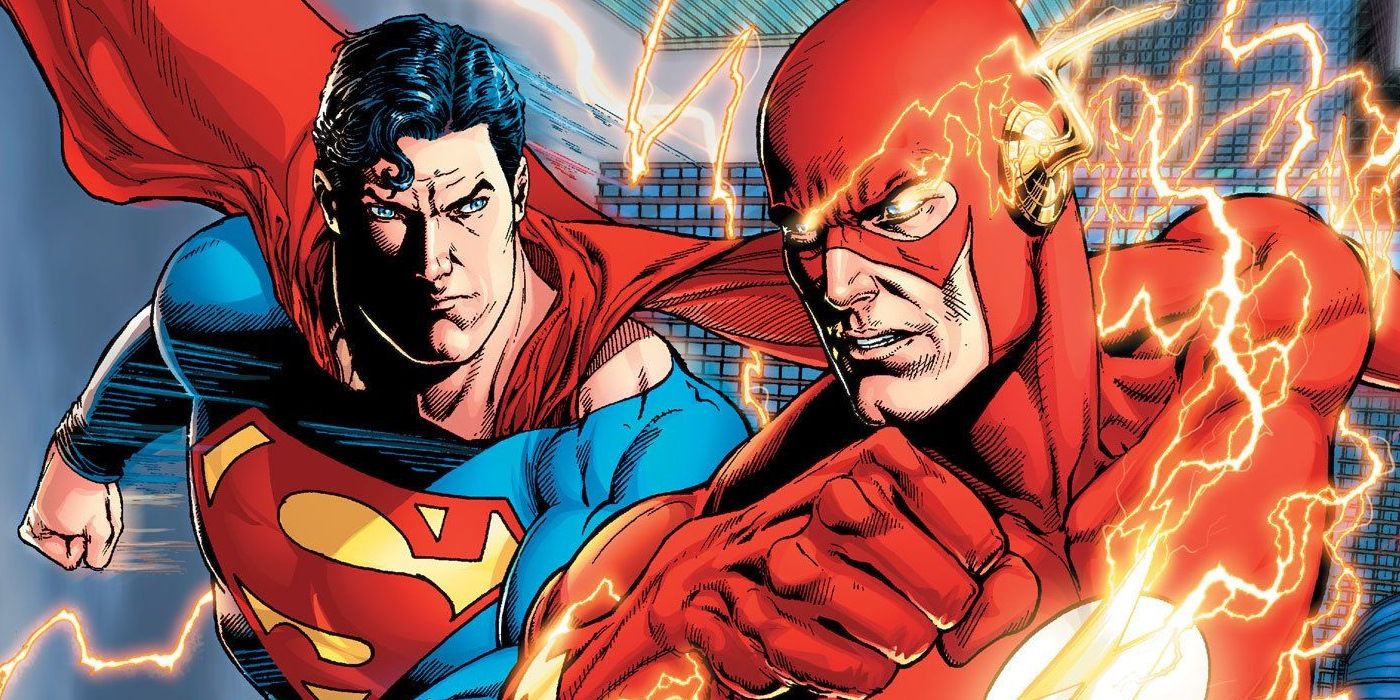 Superman: Up in the Sky #4 has the Man of Steel racing against the Fastest Man Alive and this time we get to see a clear winner. Who won this battle of speed? Read on if you want to find out.

The race consists of ten laps around the world for charity. Lex Luthor, present at the race, observes that Superman won’t be able to win the way the race is going and devises a plot to change public perception about Superman.

He tells the charity that he will donate a billion dollars to them only if Superman beats Flash. This conversation is overheard by Superman who then gives the race his all so that the foundation is not deprived of the money. Who wins? Let’s just say win Lex has to donate what he promised to.

Superman vs. The Flash debate has existed since the publishing of the comics. And the fact that The Flash beat Superman’s most formidable superpowers is quite impressive. In fact, it proves The Flash is one of the most powerful heroes in the DC Universe. He uncovered the multiverse, can outrun and beat the mighty Superman, and his most debilitating abilities. “The Fastest Man Alive” truly lives by his name.