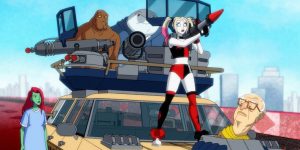 In a quest to rescue Poison Ivy from the clutches of Scarecrow, Harley Quinn introduces her landlord to the team. Sy Borgman is a retired U.S. agent who uses a wheelchair with some cybernetic enhancements. His name was the giveaway for the fans that there has to be a story behind the character and reason why the character is an ally to Quinn. It is later revealed that the old retired agent was a part of the special cyborg program. 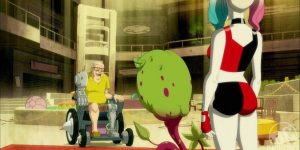 Vic Stone has shown the audience that he is the one who is suited to play the Cyborg. Be it the kid-friendly one in Teen Titans Go! Or the badass half-human and half-god in Justice League, Stone has always proven to be the most worthy. Currently, he is a hybrid New God and one-person wrecking ball with tech made from the Mother Box.

How it all went down? 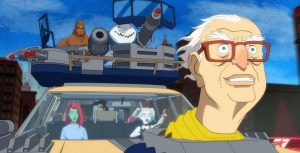 In the animated series, when Harley Quinn and gang break into Ivy’s psyche and rescue her from Scarecrow, they realize that they do not have a transport chase him down.

Though he repeatedly falls asleep due to narcolepsy, we are sure is coming back time and again! He is now probably a permanent member of the Quinn gang, and he may show up sometime in the DCEU as well!