As Thor: Love and Thunder is winning the hearts of every fan around the world, Natalie Portman shares her experience of making her comeback in the MCU. The movie introduced Natalie Portman in a new form and wielding the Mjolnir and becoming the Mighty Thor. The movie brought the reunion of ex-couple, Thor and Jane Foster. While announcing the movie, Director Taika Waititi revealed that they had something special for Oscar-winning actor Natalie Portman. 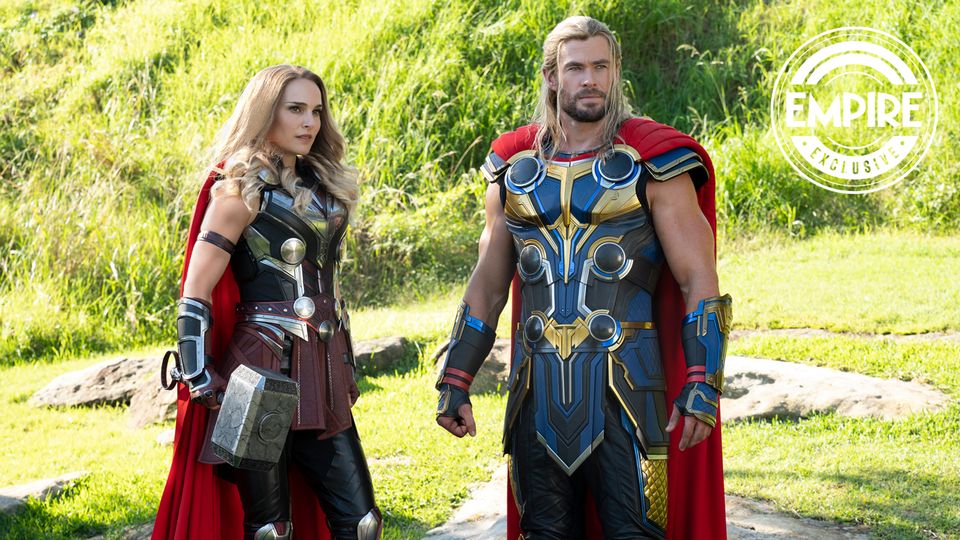 Mighty Thor and Thor in Thor: Love and Thunder

While talking to BBC Radio 1, Natalie Portman revealed that “Taika and Marvel made the very Unusual Decision of casting a five foot three actress in the role of a six-foot superhero”. Later she talked about the decision and said, “which took them a few weeks to figure out how they were gonna do”.

Natalie Portman also revealed that most of her scenes were on standing on a deck or platform.

“they came up with a very um you know technology-forward solution of building me a deck or a platform. We would do the scene in rehearsal they’d figure out where I was walking. Then they’d build kind of a walkway for me out of this raised wooden platform and if I got to the end and you know the scene continued and the other characters would walk in a different direction.” added the actress.

Why Natalie Portman was the source of entertainment on the sets?

Also read, Thor: Love and Thunder Everything You Need To Know About Valhalla, Can (Spoiler) Return?

Taika Waititi’s accent made it a “constant source of hilarity”,  “that made it sound like he was talking about something else when he would talk about Natalie’s deck”

Marvel is known for bringing out some of the best bloopers from its movies, with the Blu-Ray releases. While there is no certain date when the fans could get to see the bloopers and more funny BTS of the shooting, they can watch Thor: Love and Thunder in theatres.