Directed by Cate Shortland, Black Widow finally gets a theatrical release after multiple delays due to the global pandemic. 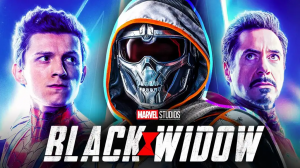 MCU’s Black Widow is a prequel after Captain America: Civil War that follows the story of Natasha Romanoff, a character played by Scarlett Johansson. After escaping from Sokovia Accords, the situation makes her hide but not for long due to the sudden arrival of the Taskmaster.

Taskmaster is Dreykov’s daughter, Antonia, as unveiled by Black Widow. The character is intriguing primarily because this villain was kept uncovered until the premiere. While it is both surprising and shocking, the twist was understandable as the villain is tied with Romanoff’s past.

Dreykov mentions that Antonia placed a chip behind her neck that makes her perfect at copying people and their skills. That is perhaps why Taskmaster is good at mimicking the moves of the Avengers. 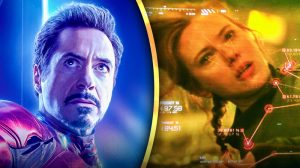 The fighting skills of Taskmaster will remain incomplete without the hero who actually started it all: the Iron Man. Red Room managed to implant Taskmaster with some of the countermeasures and fighting stances of Tony Stark’s Iron Man. Taskmaster mimics Iron Man while chasing Romanoff in the air after the Red Room collapses. 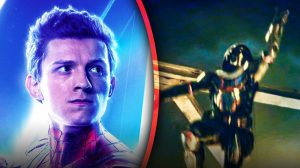 In Black Widow’s timeline, Spiderman only shows up during the Avengers fight sequel at the airport in Civil War. It depicts that the Red Room has only limited footage of this superhero to scout. Still, Taskmaster manages to mimic Spiderman twice in Black Widow. 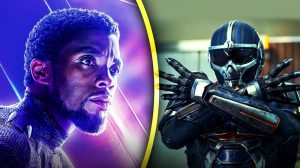 Taskmaster surprises Red Guardian by mimicking Black Panther during the final battle of Black Widow.  She learned T’Challa’s moves and skills by the only footage available from the airport battle during Civil War. 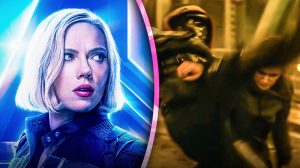 Taskmaster even copies a good chunk of Black Widow’s moves. While Romanoff is Taskmaster’s primary target, she decides to study her moves first. The villain mocked Black Widow’s classic scissor leg takedown skill during the bridge fighting sequel. It showed how Taskmaster can predict Romanoff’s every single move. 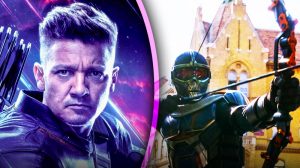 Since Hawkeye and Black Widow depict a strong sense of bond between them, copying the skills of Clint Barton becomes essential for the Taskmaster. She even assumes that Hawkeye is responsible for the downfall of Red Room and starts studying the bow-wielding Avenger. 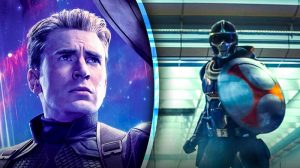 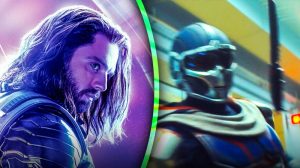 In Black Widow, the Taskmaster showcases her expertise at using a knife as a weapon, just like the winter soldier. Taskmaster uses ‘Knife Toss’ skill while fighting with Red Guardians inside the Red Room.

All these abilities and a mash-up of skills show how terrifying Taskmaster is and how tough it could become to fight her off. Still, the ex-Red Room agent, Romanoff, in Black Widow somehow manages to conquer this threat.