The most deadly and vicious assassins of Marvel and DC Universe are Taskmaster and Deathstroke. Each one of them possesses their uniqueness and have their abilities and strength. The strengths they possess can also get hampered by their weaknesses.

Fights involve both physical strength and verbal communication. The oral communication used while fighting distracts you from your weaknesses and catch the opponent off-guard.
Taskmaster is given both the needful attributes, but he has been seen as a loudmouth in the comics. In quiet moments, he uses some joke or quip that helps to distract Deathstroke, which helps him get the upper hand.

Often silence is said to be golden. It is said because it helps us focus on the importance of the battle, which could aid a hero or villain more than witty banter and loud mouthing. Slade Wilson, AKA Deathstroke, is known for his actions. He is a vicious killer, assassin, and shown as a reluctant ally in 2nd season of Arrow’s Fantastic.

Taskmaster acts like a human mirror; his photographic memory allows him to mimic his enemy’s fighting styles. This technique will soon get implemented in MCU. The use of this could be very useful in fighting against Deathstroke.

Slade’s power has adapted and changed with a change in the coming styles over the years. He has upgraded them from super-strength to superhuman speed and agility to a slight healing factor. The qualities he has within him give him an edge in the battle, especially against someone with almost no power.

Even villains tend to have friends.  Taskmaster has got his admirer in Black Ant or Eric O’Grady. Ant-man possessed the same qualities and powers as Taskmaster but had no great gags of the movie. He used to provide his helping hand to Taskmaster but of course, for a price.

Throughout the media course, Deathstroke tried hard to get his apprentice in different forms, but none was as infamous as Terra. Terra is a dangerous meta who, at a point in time, served as Slade’s apprentice. While Terra turned good towards the end, we couldn’t assume that there would be some incentive to put Terra on the backside.

When overwhelmed by Deathstroke, Taskmaster ends up crawling and groveling to Avengers, the earth’s mightiest, for the assistance further. Moreover, the combined strength ends up helping Taskmaster to bring down the greatest evil like Deathstroke. 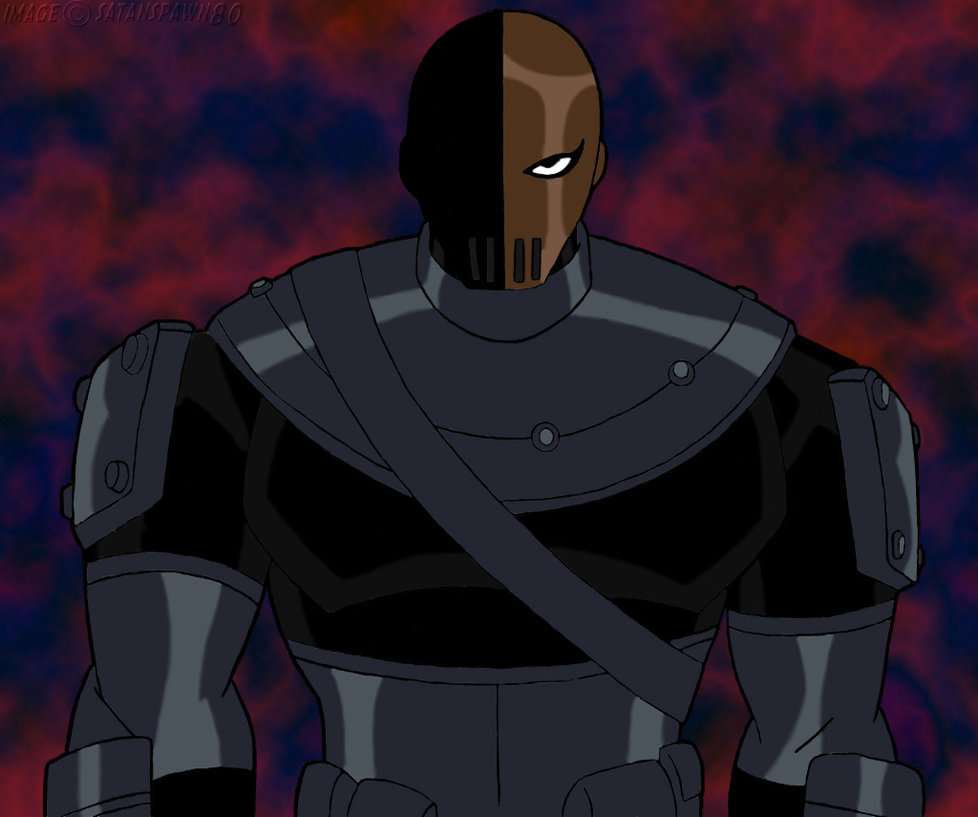 While Taskmaster groveled over to Avengers for help, which was more plausible than Deathstroke’s choice, who brought Teen Titans as a backup against Taskmaster, teenagers are somewhat very immature and inexperienced people. They also turned into Slade’s worst enemy, probably due to help taken on Avengers and Taskmaster begrudgingly.

Taskmaster is a world-class assassin, but he is also a human who Spider-Man and Avengers favor. The brutality shown by him has no boundaries, and truthfully, he had a chance to let it all loose.

In all forms of media Deathstroke always showed himself to be a very competent and intelligent foe. His opponents’ dismantling brought out plotting large scale plans and bringing upon one of the Arrow’s greatest villains. The intellect of Slade is as great as his brawn.