The Civil War from the comic books and the Civil War of the MCU are miles apart. The former is extremely dark, hiding some secrets so petrifying there was no way Marvel would have allowed them to be shown in theaters.

Started with Days of Future Past 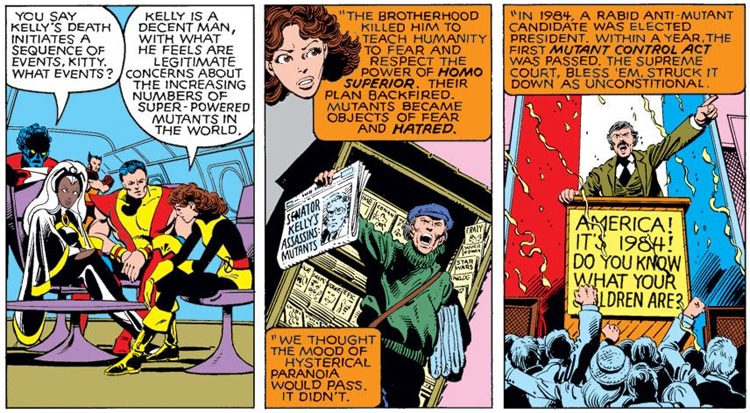 The idea of a law to create a national database of people with super powers for the purposes of monitoring their activities was already there in Marvel Comics. In 1981’s Days of Future Past by Chris Clairemont and John Byrne, the Mutant Registration Act leads to widespread unrest between the mutant race and humanity since the former is forced to register their identities so that the government could keep an eye on them. A tyrant enforcement organization to make the mutants abide by the law is formed known as the Commission on Superhuman Activities. This would be the skeleton around which the entire body of the future Superhuman Registration Act would be formed. Incidentally, Captain America fought members of the CSA as well.

Related: 9 Unknown Facts About The Venom Movie To Blow Your Mind

Tony Stark and Reed Richards show that they oppose the law. The claim that the super villains are anyways kept an eye on and their activities regulated under a legal jurisdiction. Putting the superheroes who do good under the same lens will be counter-productive as it will greatly diminish their freedom to respond to a super villain attack if they are constantly under watch. But Tony had secretly hired a super villain to attack him during his hearing, assuming that Spider-Man would save him and thus prove Tony’s point. Tony at first was against the SRA and he was ready to go to any length to prove that to the Senate. 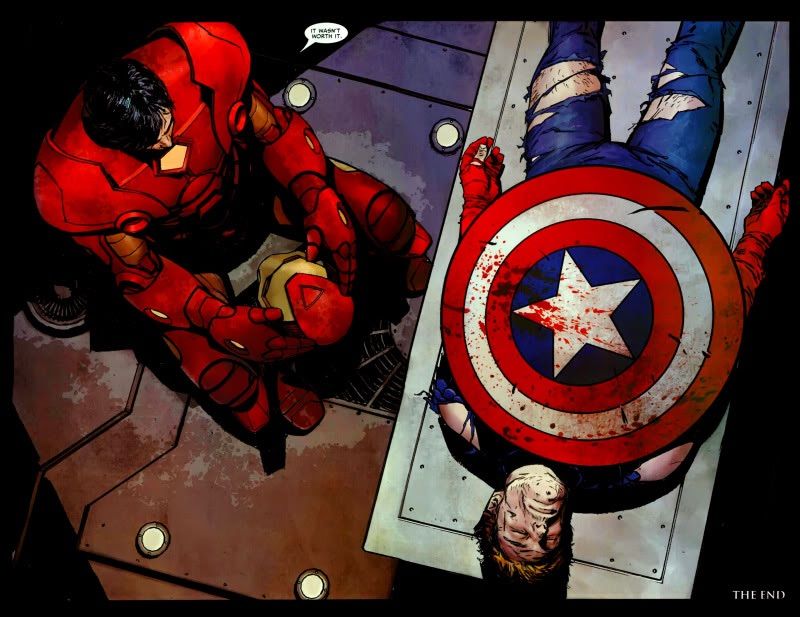 At the end of Civil War, Captain America and the Anti-SRA Faction surrender. The show is far from over. As Steve is taken in cuffs to answer for his crimes, Crossbones appears and shoots him. He is then shot again by Sharon Carter, who is hypnotised. The death of Steve Rogers in broad daylight becomes a clarion call for the Anti-SRA faction. This proved to the world that opposing the SRA was the right thing to do. Steve becomes a martyr for a righteous but in the end, a failed cause. 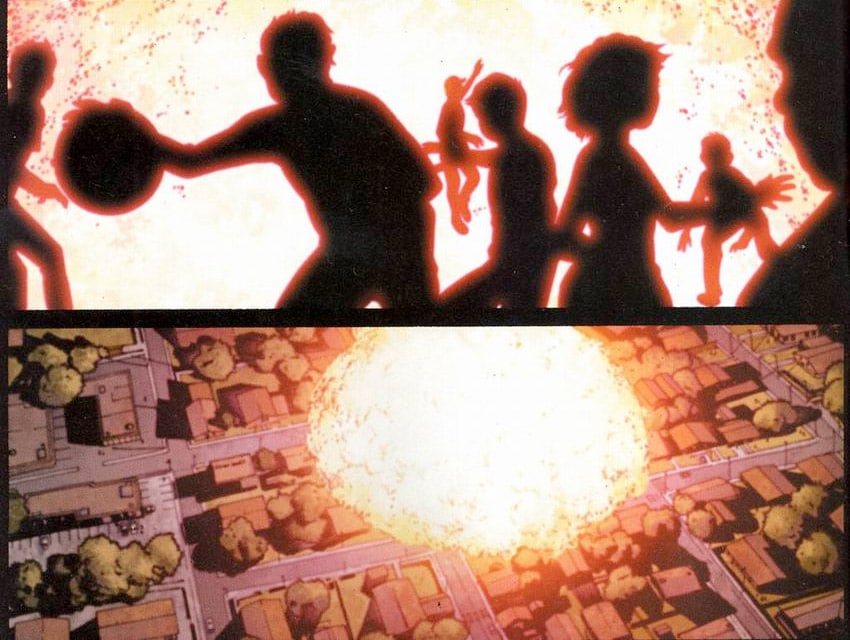 The New Warriors were a new breed of heroes that were introduced as college going superheroes that debuted in the 1990’s. To increase their popularity, they always had a camera crew at hand to shoot their adventures and turn them into a hit reality TV Show. During one of their excursions, the New Warriors meet a villain by the name of Nitro. Nitro is known to be ultra-violent and mentally unstable. His powers allow him to self-destruct his body, causing a massive explosion. Nitro detonates him-self and many of the heroes perish in the blast. But the damage is severe. Nitro takes out entire blocks, which includes 612 people of all age, including children. This comes to be known as the infamous Stamford Incident. 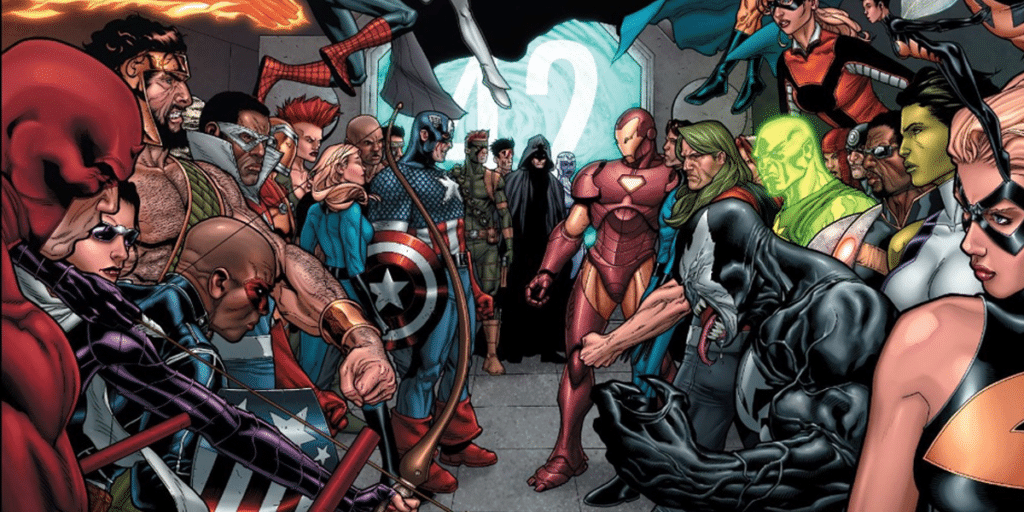 After the Stamford Incident, public opinion for the SRA tilts. The Government gives all super humans an ultimatum – either register or face the wrath of the law. Many decide to opt for the latter. So the Government comes up with a plan to gather up teams of super humans to hunt down the traitors. These super human hunting teams also include several career super villains. This turns out to be an extremely bad idea since the villains end up abusing the power granted to them and wreak havoc.

It Was Completely Unnecessary 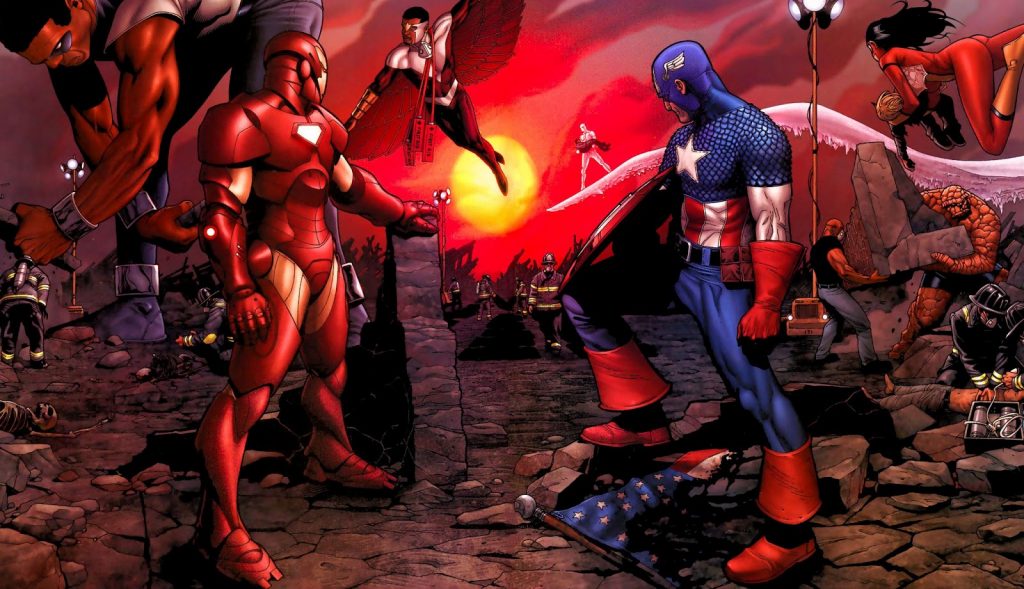 The most mind-numbing revelation is that there was no need for a Civil War. The SRA could have been passed and life would have remained as it is. Captain America fought a fool’s battle. Canada passed a law similar to the SRA. It is called the Super Powers Registration Act. It had been years since the law was passed and there was absolutely nothing to worry about for either faction – superhuman or not. It were only the Americans who made a mountain out of an ant-hill.

Also Read: Loki To be in Different Form in Upcoming Marvel Series 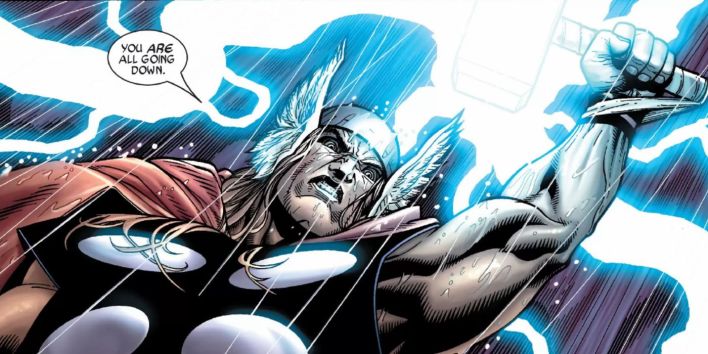 During the entire course of Civil War, Thor remains absent. He has engagements elsewhere. But Tony needs top show the public that literally the Gods are on their side. He had secretly collected the DNA of Thor and with the help of Reed Richards, created a clone of the Odinson. After giving the Thor Clone called Ragnarok powerful cybernetic enhancements, Tony unleashed him onto the Anti-SRA superheroes. Ragnarok turned out to be an unsympathetic mass murder. He murdered Giant-Man aka Bill Foster in an ensuing fight.

Maria Hill Abuses her Powers as Director of SHIELD 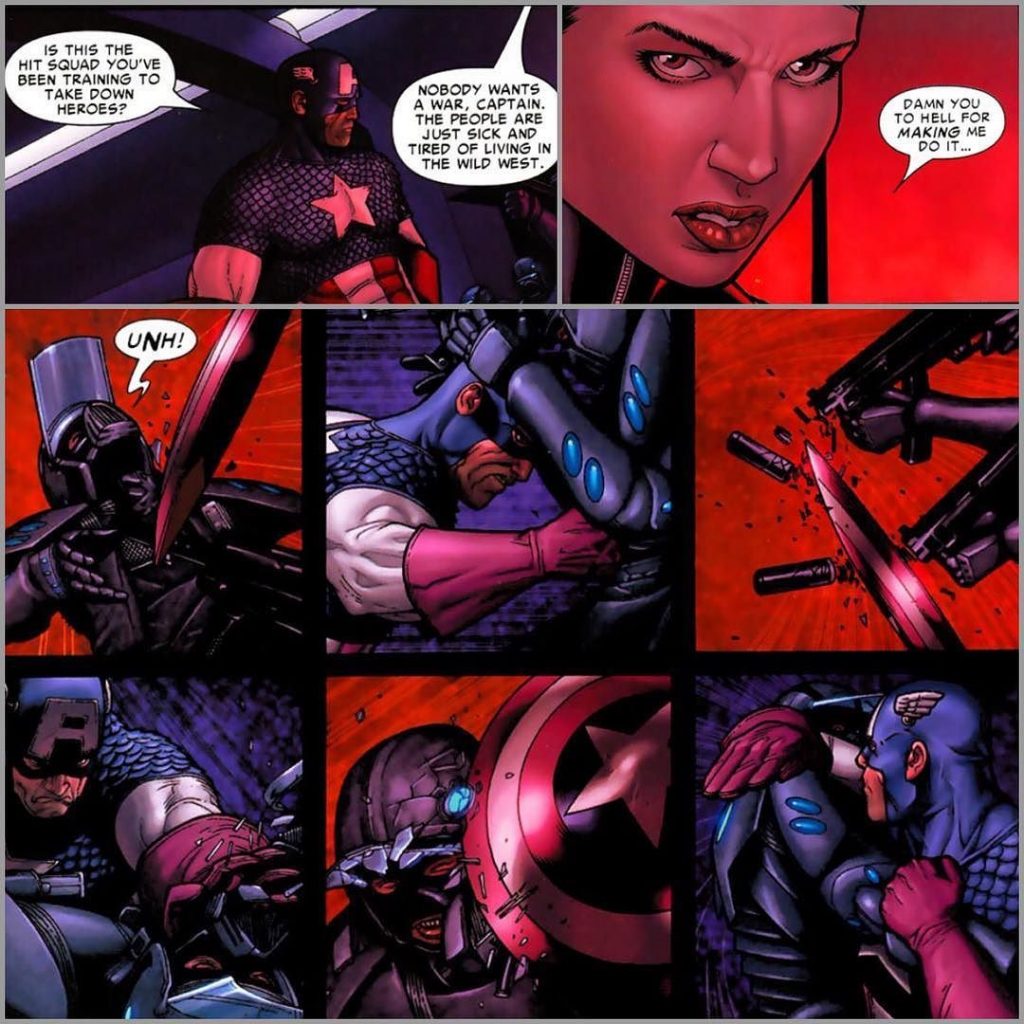 Agent Maria Hill is known to be Nick Fury’s right hand woman. During the Civil War event, Fury’s absence leads to Hill assuming the role of Director of SHIELD. One of her first acts is to order Captain America to hunt down Anti-SRA superheroes. Captain America refuses to follow that order. A fuming Hill then recruits a team of SHIELD Agents to attack and kill Captain America. She abuses her powers and illegally authorizes the use of SHIELD’s resources to assassinate an American Citizen over US Soil. 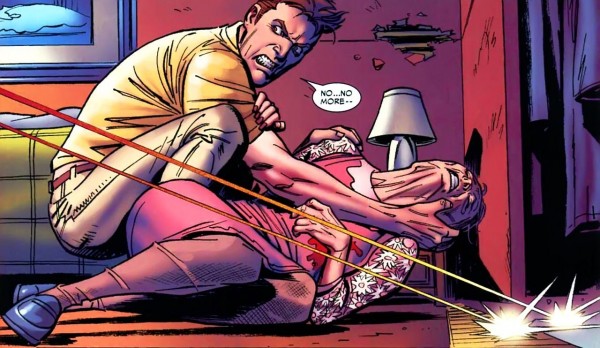 Spider-Man started out as a Pro-SRA superhero. He unmasked himself in front of the whole world to show solidarity for the Pro-SRA faction. He did the greatest mistake of his life. Many close friends and family members of Peter grew apart from him. Some of them even sued Parker. The final nail in the coffin was when a super villain seriously hurt Aunt May as an act of revenge, leading to the equally infamous and tragic One Bad Day story arc. 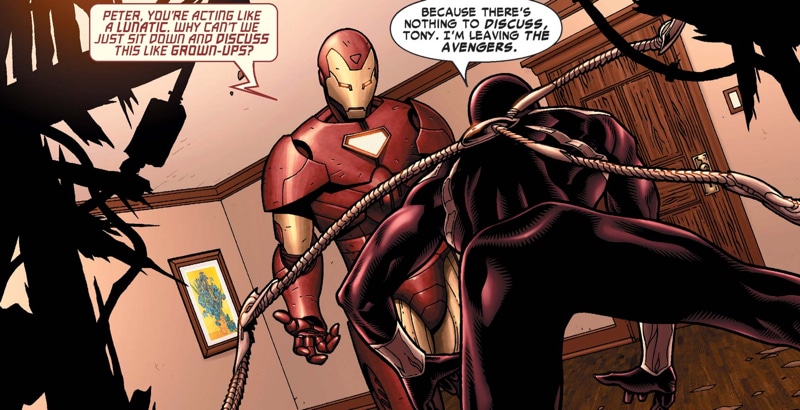 In the Civil War Tie-In Frontline, it was shown that Tony Stark was the real mastermind behind the entire SRA fiasco. Stark knew that the SRA could be restructured to become a Force for Good. It could create a united front of superheroes that could stand against any threat of foreign or alien origin. It would be a true SHIELD of America, one that never falters. To do so, he took advantage of the Stamford incident, manipulated the Stock Market leading to Osborn attacking Atlantis, and orchestrated literally every little detail for the Authorities to pave way for his vision for the SRA. When a reporter asked him why he did so, Stark replied – “It was necessary.”