Thor’s worst nightmare is more real as a  new preview for  Thor #16 shows that God of Thunder witnesses Thanos kill all of the Avengers. In the first look at the next chapter of  Thor’s adventures where Thanos wields an Infinity Stone loaded Mjolnir.
And Thor is about to get his head crushed by the Mad Titan.

In the earlier version on Thor by Nic Klein, Matthew Wilson, Donny Cates and Joe Sabino, the new all-father became the Herald of Galactus to fight against the extremely powerful cosmic threat known as the Black Winter.
After killing both Galactus and the Black Winter, the latter gave the hero a glimpse into the future revealing Thor will die at the hands of Thanos.
The glimpse showed Thanos wielding an Infinity Stone- powered Mjolnir, with a black arm which could  be possibly connected to the Black Winter and leading a group of undead Avengers.

Thor’s worst nightmare is revealed in a new look at Thor # 16 by Cates, Michele Bandini, Elisabetta D’ Amico and Wilson.
In the preview, Thanos is before a battered Thor, wielding the Infinity Stone- powered Mjolnir.
Behind him, the Avengers are defeated. She- Hulk, Blade, Spider- Man, Captain America & Iron Man are dead with their corpses lying in blood.
And it’s quite a gruesome and bloodshed scene 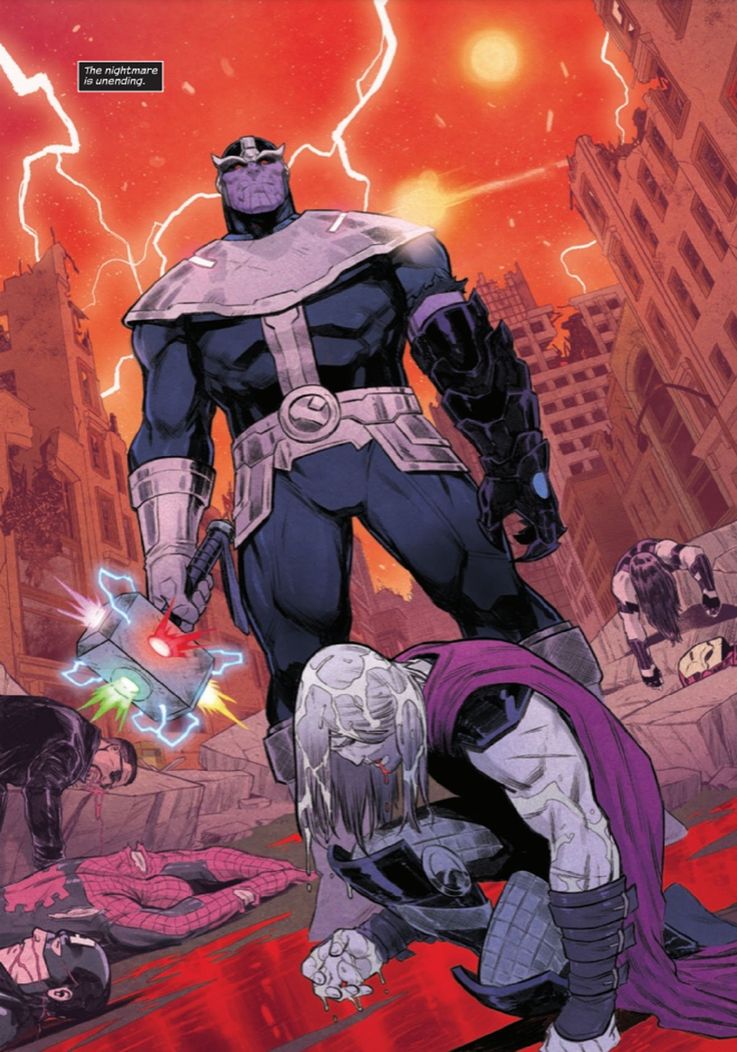 Thor’s hammer has become more and more unpredictable and he digs his hand into the ground as Thanos admits he fought well but it’s his heroic opponent which will dine in Valhalla.
The Mad Titan then tell him that all he must do is “fall”, to which Thor responds, “nay”. Thanos then proceeds to hit Thor with the supercharged Mjolnir, knocking the God of Thunder to the ground. 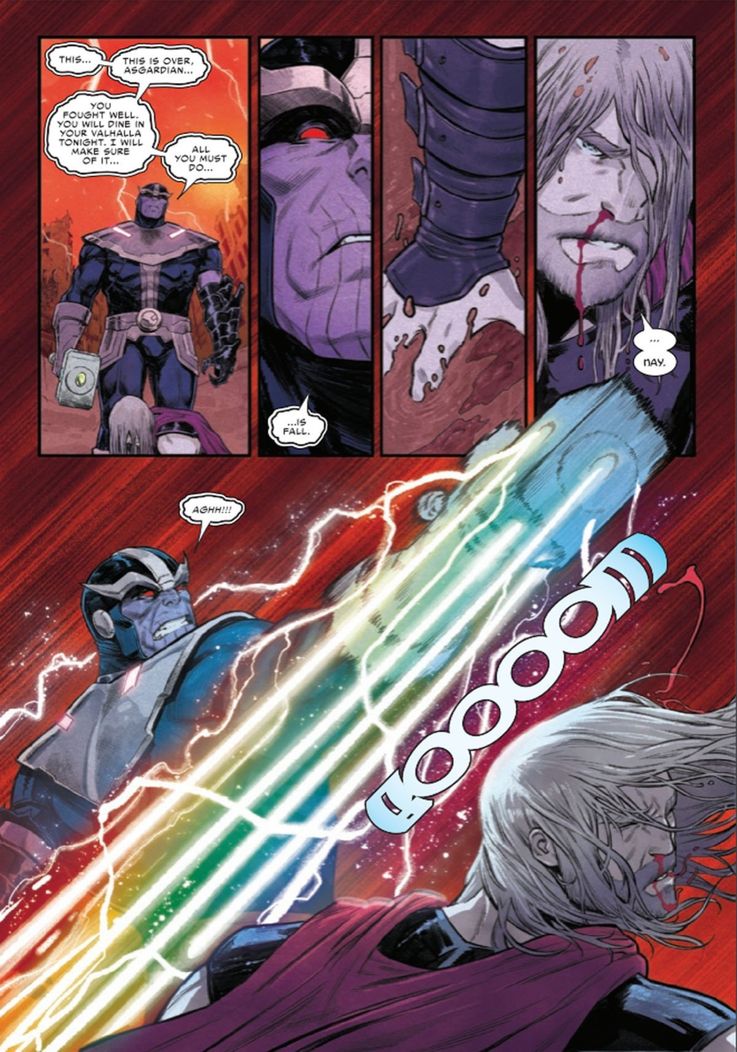 Thor then pleads with Thanos that there must be another way, as the villain puts his boot on the “All- Father’s” head,
Thanos isn’t really impressed with Thor’s begging , says, “kings do not beg” , as he crushes Thor’s skull.
Blood then spatters on the Mad Titan as he seemingly kills Thor. 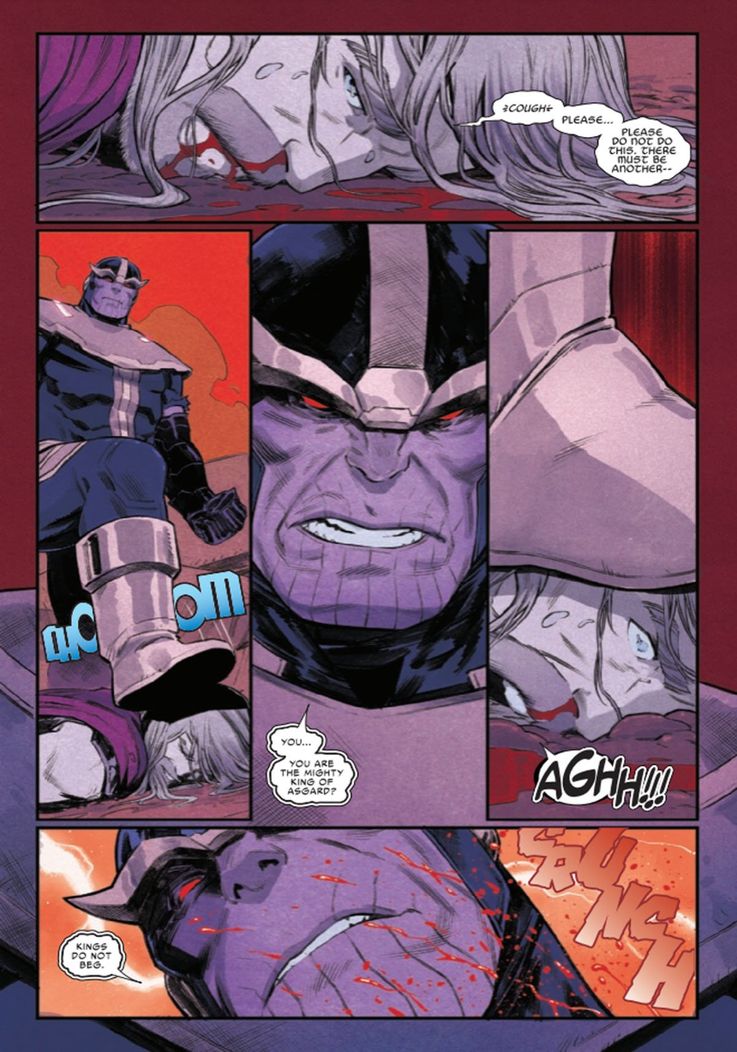 With Thanos’ recent resurrection by Phastos, the villain is once again back to terrorize the Marvel Universe ( and let’s be frank no one really dies in Comics, be it villains or heroes).

Whether the dark future the Black Winter showed Thor comes true or not, is ye to be seen but it’s pretty clear that he’s haunted by the nightmares of Thanos’ arrival.
Killing the Avengers and Thor would be one of Thanos’ greatest victories.

But, will Thor be able to to stop the Mad Titan before it gets too late?
That remains to be seen how will Thanos acquire the Infinity Stones and merge them with Mjolnir!