The Marvel Cinematic Universe gave the entertainment industry one of the greatest baddies of all time. The Mad Titan Thanos was hugely regarded by both the audience and the critics. Josh Brolin, the actor who played the Mad Titan, was praised for the dedication towards the role. The character of Thanos received accolades from the comic verse and fans started to increase the hype. Till date, there have been many upgradation around Thanos, and recently the Internet found one! 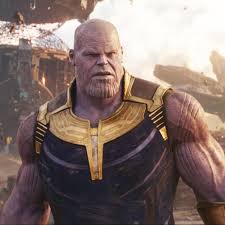 One Endgame fan has taken digital art to another level. The new digital artwork on Instagram shows the integration of Thanos and the product of his greatest nemesis. Tony Stark’s Hulkbuster combines with Thanos, and the result is impressive! Practically omnipotent with the Infinity Gauntlet and added up with Earth’s best technology, Warrior Thanos is undefeatable. 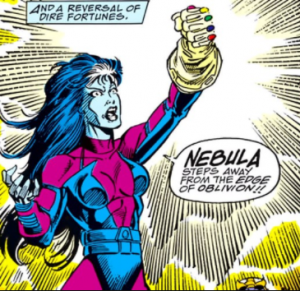 Official concept art also released a picture of Thanos’s daughter Nebula wearing the Infinity gauntlet. Karen Gillian, the actress who plays Nebula, had commented that her character suffered from severe daddy issues and she was happy that Nebula had decided to stand up against the Mad Titan. The build-up has been going on throughout the movies, and Nebula’s outburst is awaited.

On the other hand, there have been rumours of more concept artworks coming up pretty soon! So, we can wait and watch until the intriguing concepts reach the Internet!

Mean while here’s a pinch of nostalgia: