It hasn’t been that long since the world was hit by the news of Chadwick Boseman’s untimely death. The world is a little poorer following his demise. He was loved by his fans and respected by his peers. He leaves behind a legacy of playing a character who’s an iconic and cultural phenomenon- Playing the first on-screen African superhero in Black Panther. Boseman, however, was a very talented actor and while he may not have a large number of films under his belt, he shone in the few he did. Here’s a look back at Chadwick Boseman’s 10 best performances.

Chadwick had very few film credits to his name, given that he was still fairly young when he passed at the age of 43. 21 Bridges is a 2019 film post his star turn in Black Panther. The premise is simple: two cop killers played by Stephan James and Taylor Kitsch are on the loose. Chadwick Boseman plays a detective, with a reputation for hunting down and violently punishing cop-killers though he is uncomfortable with the allegations. The 21 bridges of Manhattan are shut down and Boseman and his colleagues are on the hunt for the two killers. The film, while largely generic garnered average reviews but there was praise for Boseman in this outing. 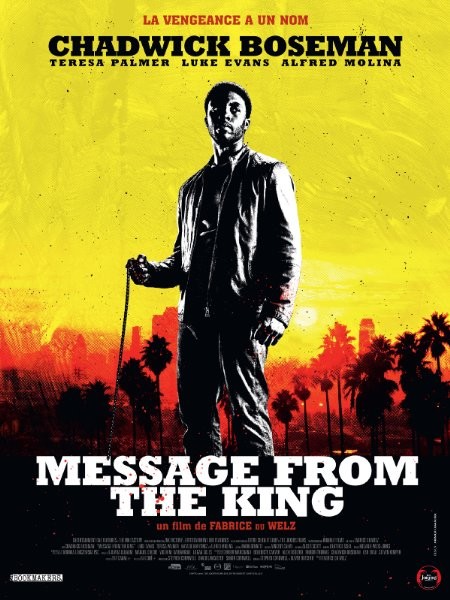 In this revenge-driven story, Boseman plays Jacob King, a mysterious man from South Africa who flies to Los Angeles on the trail of his estranged sister. In LA, he concludes that she is dead and proceeds to exact revenge in this 2016 action-thriller. While the movie isn’t bad, it isn’t original either. Boseman still manages to hold things together with a twist at the end. 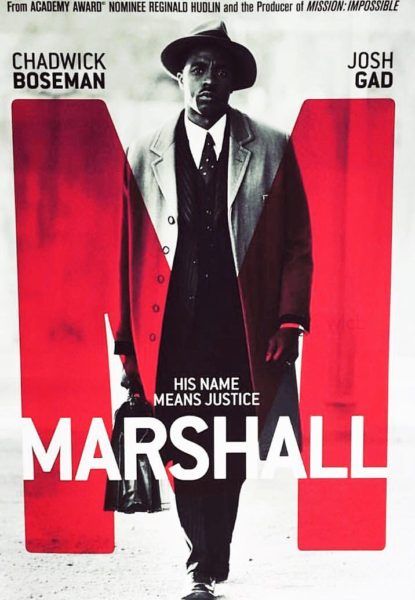 Marshall, directed by Reginald Hudlin is a look at one of the first cases of the United States’ first African American supreme court justice, Justice Thurgood Marshall. Thurgood Marshall is sent by the NAACP to defend Joseph Spell (played by Sterling K. Brown), a black man accused of rape. The movie is carried by Boseman’s very convincing and sincere performance in an old-fashioned courtroom biopic. The interesting thing about this movie is that it was directed by Reginald Hudlin who wrote Black Panther for Marvel Comics including the famous Black Panther’s Wedding Storyline. The movie also stars Sterling K. Brown who appeared once again in the MCU’s Black Panther as T’Challa’s uncle. 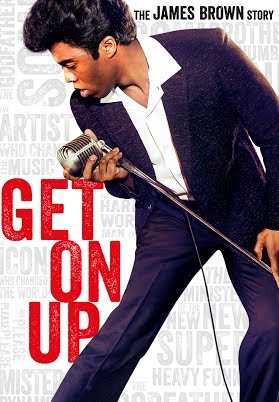 Chadwick Boseman played yet another iconic figure in black history, The Godfather of Soul, James Brown. In one of his most dynamic roles as the great singer James Brown, Boseman proved he was able to shine in a star-studded ensemble cast including Craig Robinson, Octavia Spencer and Dan Aykroyd. Here’s something amazing about his performance: Boseman did all of the dancing and some of the singing in the movie. The movie received critical acclaim and Boseman, in particular, was lauded for his portrayal of the legendary singer.

Playing black historical figures came easy to Chadwick Boseman. None more so than his first biopic where he played the lead, Jackie Robinson, the first African American to play in Major League Baseball. Critics were all praise for the authenticity of the film and Boseman’s performance in particular. While some called it a little old-fashioned, Jackie Robinson’s widow, along with other critics were pleased with Boseman’s portrayal in 42

which was a modest commercial success as well. 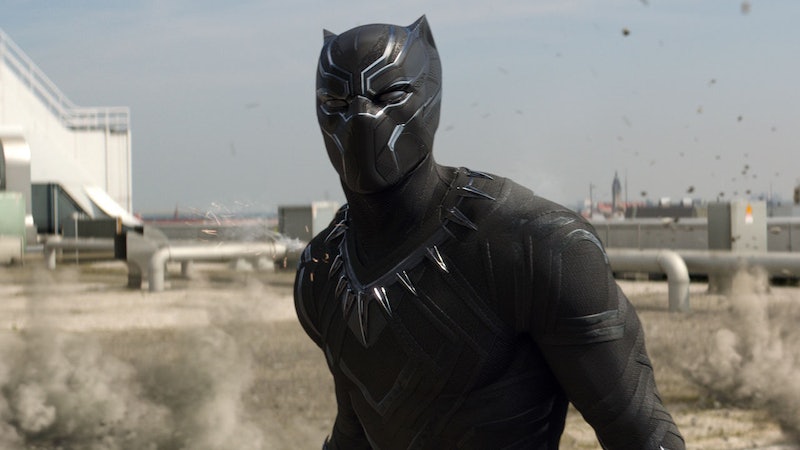 Civil War introduced audiences to the then-prince of Wakanda, T’Challa at a United Nations event. He watched his father T’Chaka die because of a bomb explosion. He stood with Iron Man against Captain America’s team who were trying to shield Bucky Barnes who was seen in footage and suspected as the bomber. However, he discovers Barnes was framed by Zemo whose life he spares and Bucky who he rescues and begins to provide treatment for him to break free of his conditioning.

In one of the greatest moments in modern cinematic history, the final battle between the Avengers and the forces of Thanos was on display to audiences around the world. The ones that had been snapped away in the events of Avengers: Infinity War returned through portals. The first to return? King T’Challa, Okoye and Shuri. Followed of course by the Royal Wakandan Army. The Vibranium powered army went up against the outriders with T’Challa wowing audiences with the suit’s capabilities and his efforts to get the Infinity Gauntlet through the time machine. 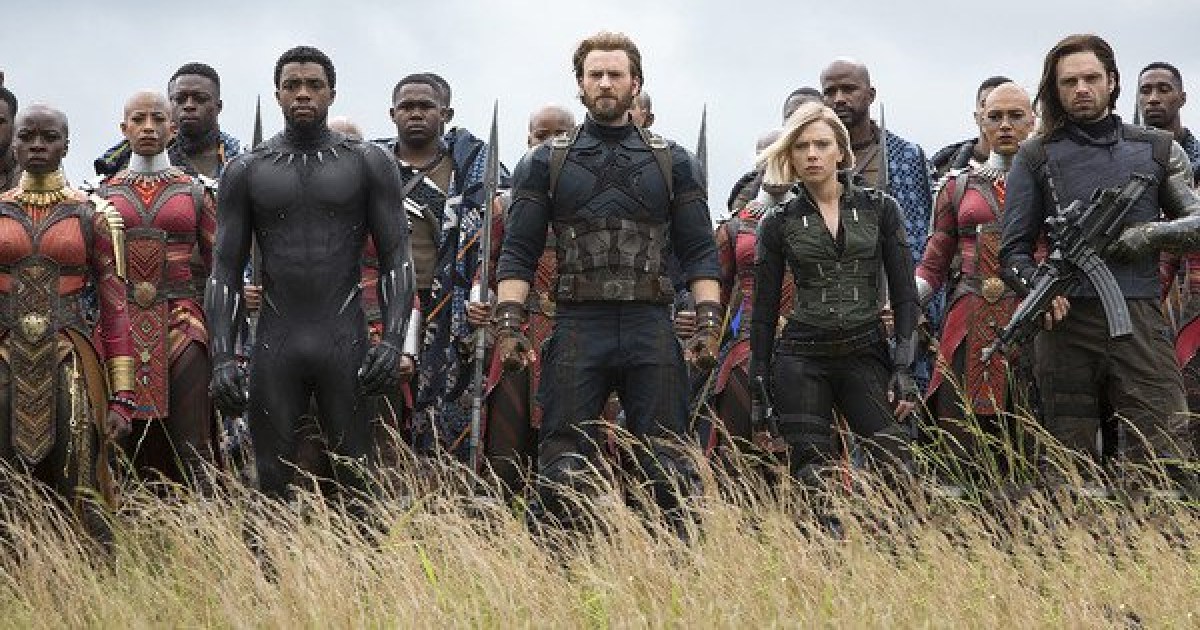 Infinity War is possibly one of the finest comic book movies ever made. The movie follows the Avengers and their efforts to stop the mad Titan Thanos. T’Challa plays an integral role in the movie, offering refuge to Steve Rogers and his motley crew of outlawed heroes including War Machine, The Hulk, Black Widow and Wanda and Vision. The Battle of Wakanda with the sight of Wakandan technological and militaristic might is truly a sight to behold. The sight of Black Panther and Steve Rogers running head on to meet the Outriders is glorious to watch. The movie does not end on the best of notes with Black Panther disintegrating in the wake of the snap.

In one of the best movies of 2020, Chadwick Boseman plays Stormin’ Norman leader of a squad called “The Bloods” in the Vietnam war. This War Drama film sees the members of the squad, now Vietnam veterans returning to the site of their trauma, looking for buried gold and the remains of their squad leader. Boseman’s charismatic, commanding presence is integral, trying to make sense of everything wrong about the world in the madness of war. 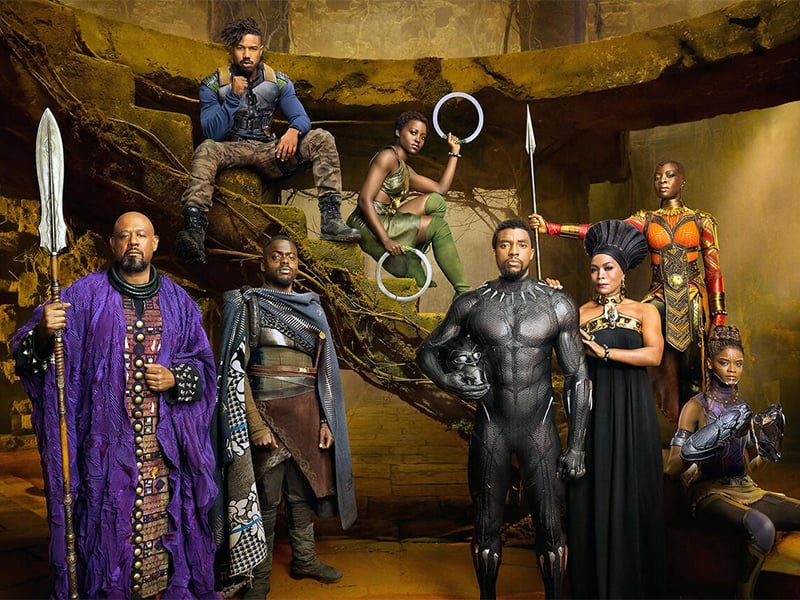 The role that propelled Chadwick Boseman to the stratosphere. The movie was a cultural phenomenon. The story introduced the world to T’Challa, the Black Panther, King of Wakanda. Wakanda, a futuristic nation, rich in Vibranium, was introduced to the world. His performance as a king who was caught between trying to keep his nation hidden and safe and the pressure to join the world community and threats to the throne. Boseman was hailed by critics who also praised Marvel Studios for the level of detail and research that they took into understanding aspects of African Culture.