Comic books tend to be both wonderful and weird at the same time. Writers come up with new and inventive villains with abilities that can test the limits of some of our favorite characters. Some villains have the most iconic weapons, from Joker’s clown gun to Thanos’ Infinity Gauntlet and Mr. Freeze’s cold gun. Some weapons however are flat out weird, whether it’s the heroes or the villains that wield those weapons. Weird doesn’t always mean bad, however. But then again, some of them do boggle the mind. Here are 10 weird weapons from comic books. 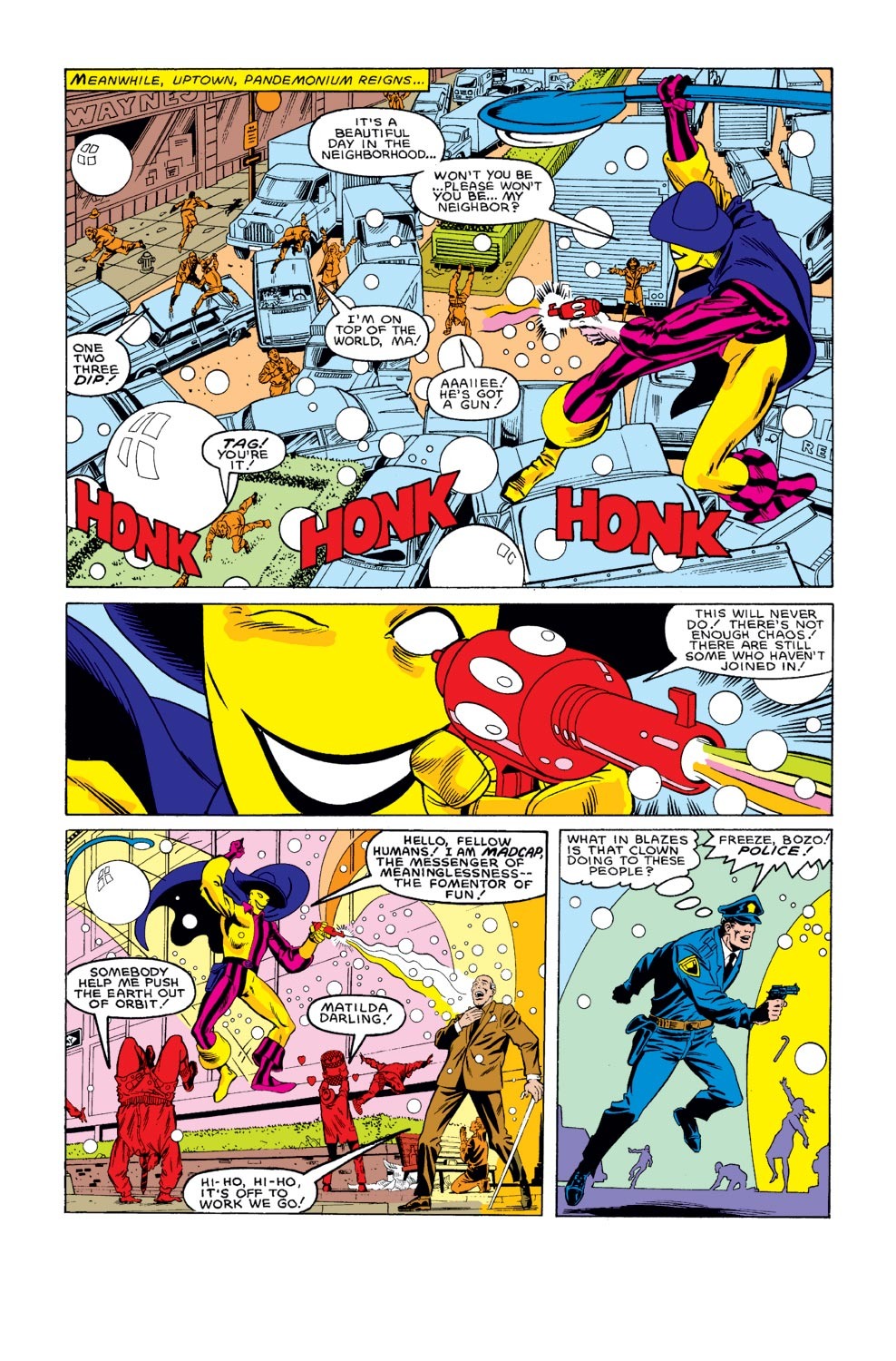 Madcap is certainly one of Marvel’s… stranger villains. Exposed to an A.I.M toxin called X07 in an accident that killed his family, he awoke with enhanced healing and the ability to drive anyone insane. He first appeared in Captain America #307 which saw him go up against Nomad (Jack Munroe) Cap’s one-time partner with ….. a bubble gun. No, we’re not joking. The gun itself doesn’t do any damage. It simply exists to distract opponents so that Madcap can continue inducing chaos to the environment. 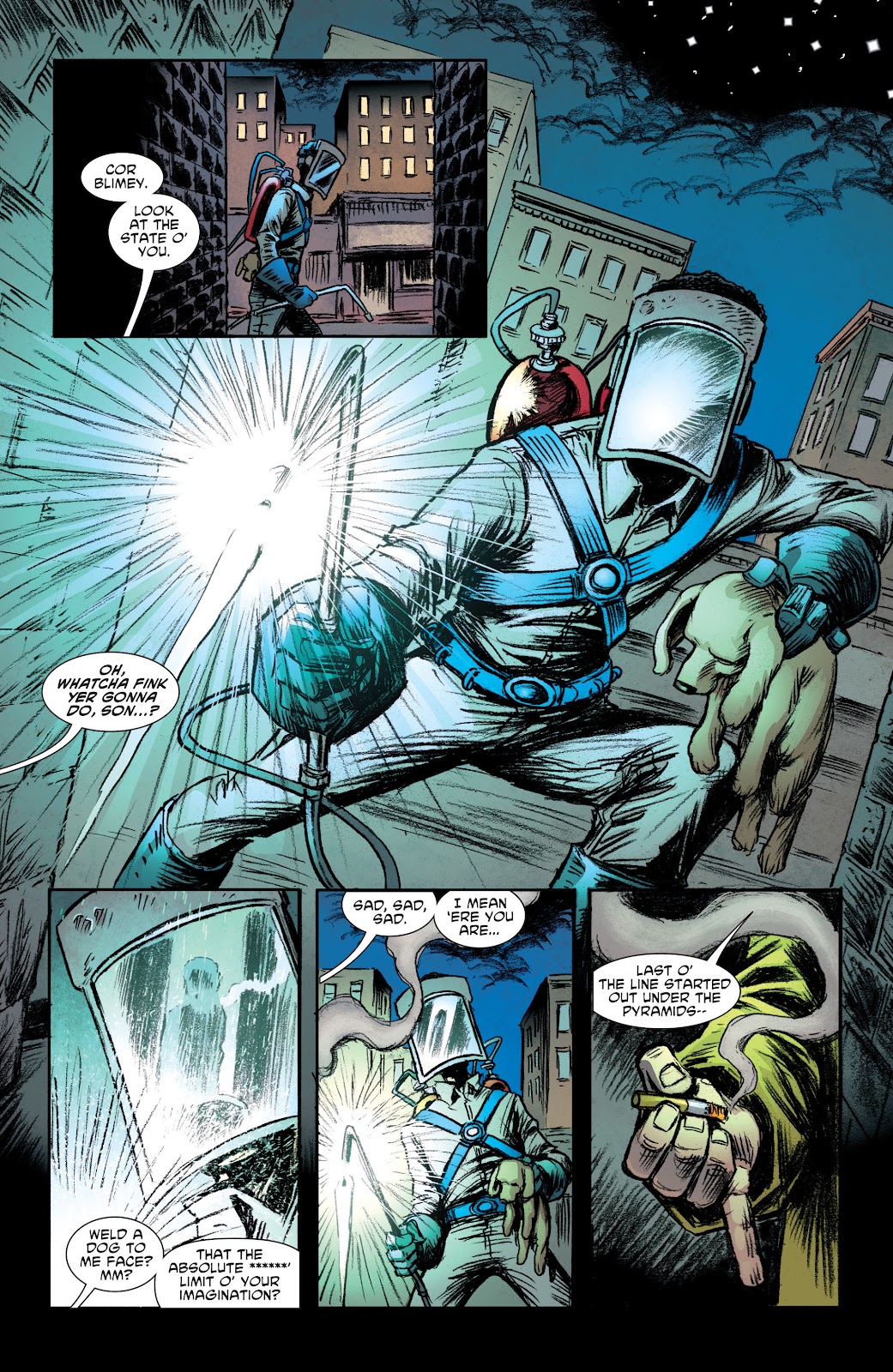 The mysterious Dogwelder is a member of All-Star Section Eight, a superhero team that made their debut in the pages of DC’s celebration Hitman comics. Dogwelder is, suffice to say strange. His ability is… to weld dead canines onto people’s faces. Let that sink in for a moment. Dogwelder rarely speaks and is always seen wearing a mask. He fights evil by pouncing on villains and… welding dogs onto their faces. His weapons: A welding tank and a gas-mask. 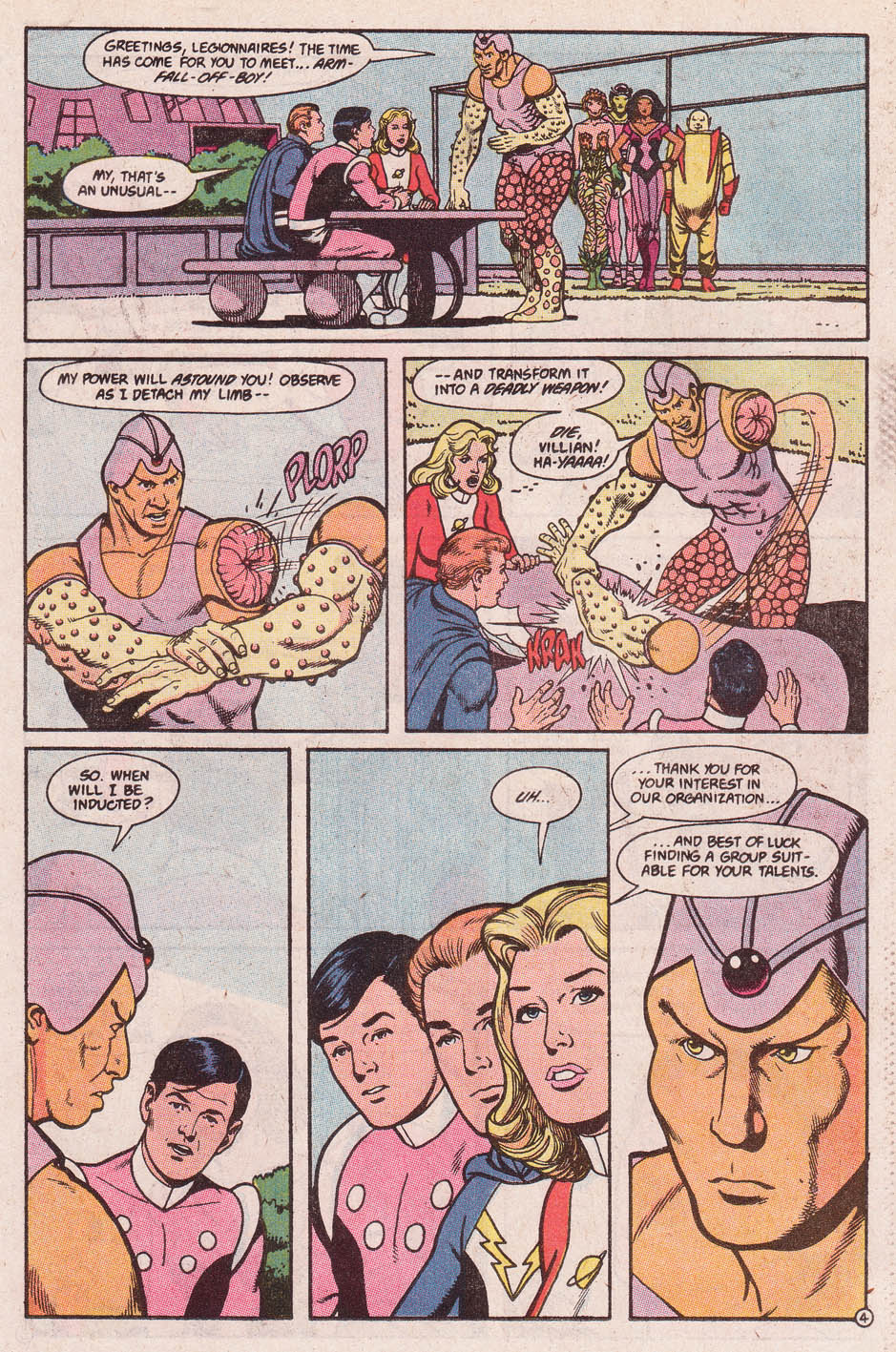 Arm Fall Off Boy’s real name is Floyd Belkin from the planet Lallor. He tried out for the Legion of Superheroes but was denied an application during the trials as he literally fell apart in the finals. Arm Fall Off Boy’s ability is to detach his limbs and use them as weapons in combat. Which, considering the powers and abilities that the Legion encounters daily is pretty useless. Nathan Fillion is playing a version of the character in the upcoming James Gunn directed “The Suicide Squad” as The Detachable Kid. 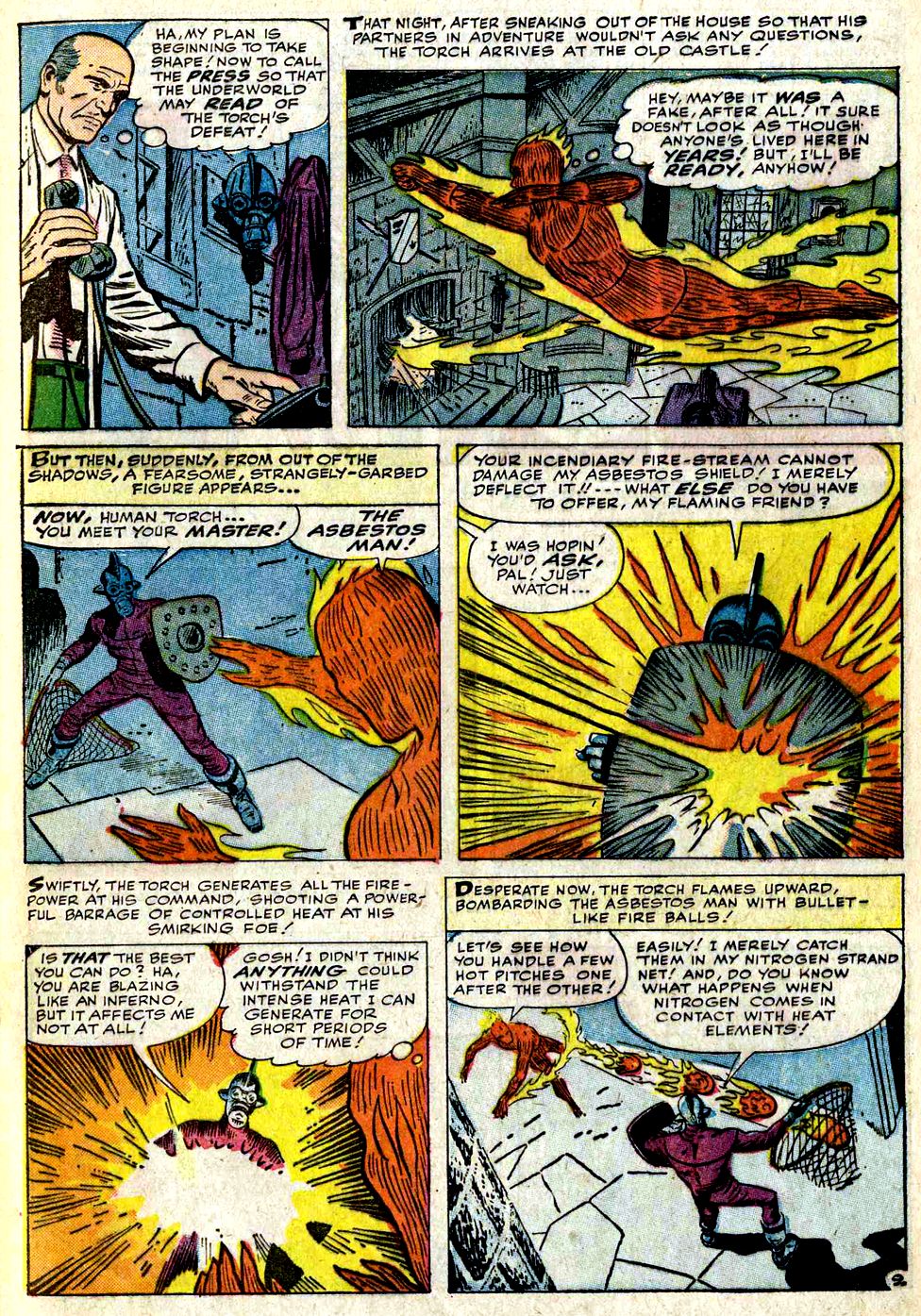 Asbestos Man or Orson Karloff was a memorable Fantastic Four villain that used equipment made of asbestos to counter the Human Torch’s flame threat. He had a wonderful knowledge of chemistry. Unfortunately, the writers did not. These stories were written before anyone was aware of the harmful impact of asbestos. A similar villain called the Asbestos Lady followed in his footsteps. Both of them, unfortunately, died after complications due to overexposure to the asbestos in their suits and equipment.

5. Shatterstar and his Double Swords 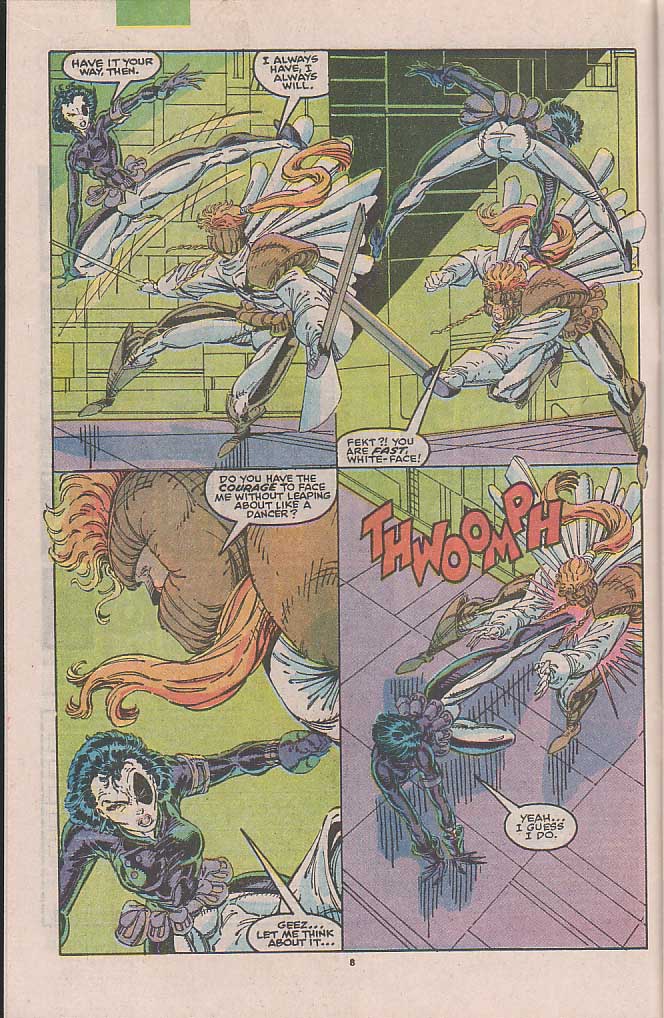 Gaveedra-Seven made his debut in the pages of the New Mutants #99 by Fabian Nicieza and Rob Liefeld. As Shatterstar he would become one of X-Force’s most integral members. Shatterstar’s abilities are enhanced cognition, superhuman attributes, and the generation of bioelectric shockwaves. His swords are also capable of creating portals and he uses them in combat. The swords themselves are the most impractical pieces of fighting equipment. There are so many things that should not work with that showed, for instance, it should get stuck while fighting an enemy but it does not. Well played comic book logic. 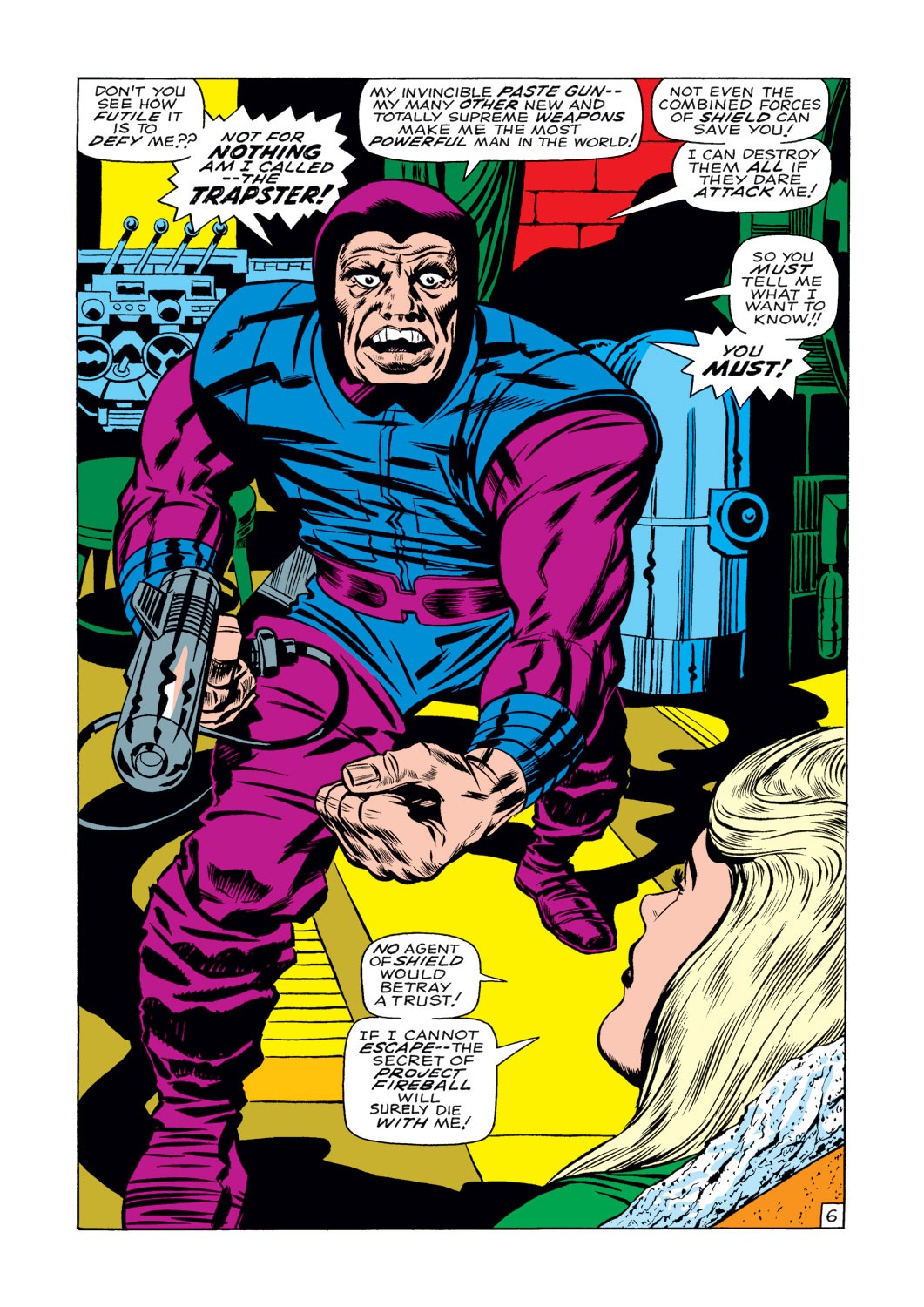 Paste-Pot-Pete also is known as the Trapster. He’s a bit of a joke in Marvel’s supervillain community. He’s the first villain to be defeated by…. AN EMPTY BUILDING. He uses adhesive and glue-based weapons. He might seem to be out of his league going up against heroes like Spider-Men, Captain America, and Daredevil but his worst enemy is his own bad luck. Trapster is not much of a major threat, even when he’s made out to be. Would you take fighting a man with a glue gun seriously?

7. Beak and His Metal Bat 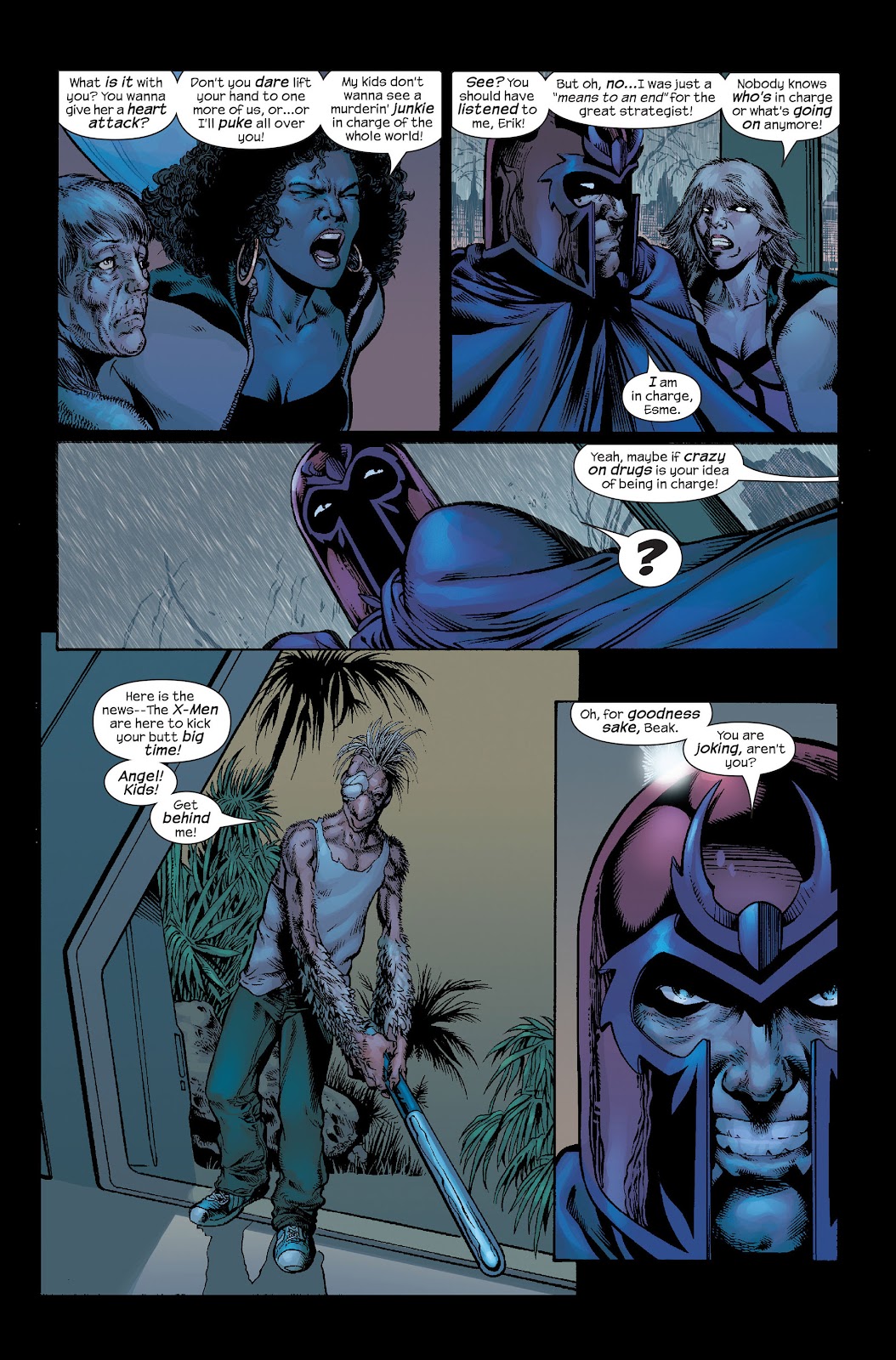 Beak is one of the most unfortunate mutants in existence in terms of his mutation. He can only glide for short distances and looks like a bird on two legs with talons. However, his biggest ability is to create and make long-lasting friendships. He might not be the smartest though. He once had to go up against Magento. His weapon of choice against a master of magnetism? A metal bat. Oh, Beak, you poor sweet summer child.

Moon Knight has evolved into one of Marvel’s most popular characters. The unhinged Khonshu zealot slips between personalities and roles for the ancient moon-god. Once upon a time, writers thought of giving him a weapon: A golden Egyptian Ankh symbol. Its only purpose was to warn Moon Knight if he was ever in danger. Moon Knight doesn’t need Ankhs to warn him about bad guys. The bad guys need the Ankh to warn them when Moon Knight comes along, ready to dish out some vengeance. 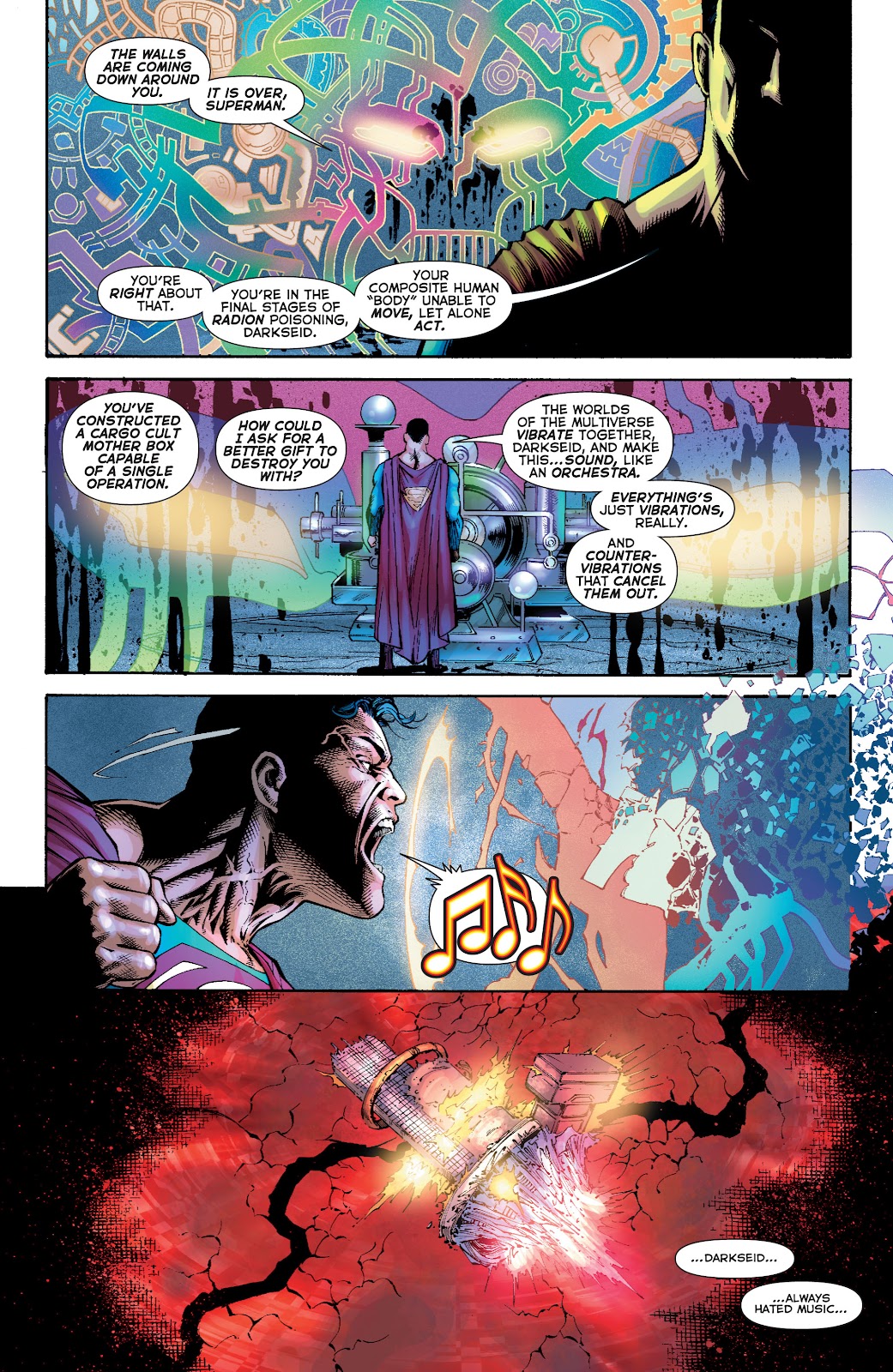 It’s the end of all things. Darkseid and the forces of evil have almost captured everything you hold near and dear. Until of course, the resistance begins to push back. Final Crisis is one of DC’s most polarizing events. However, love it or hate it, you can’t deny that what Superman does in the last few issues is nothing short of encapsulating the weirdness and wonder of superhero comics. Superman finds a 30th-century machine Geh-Jedollah also called the Miracle Machine, a Deus ex Machina. To start the machine Superman fuels it with the one thing Darkseid hates: Music. He sings one note into the machine, effectively removing the Lord of All Evil’s influence. 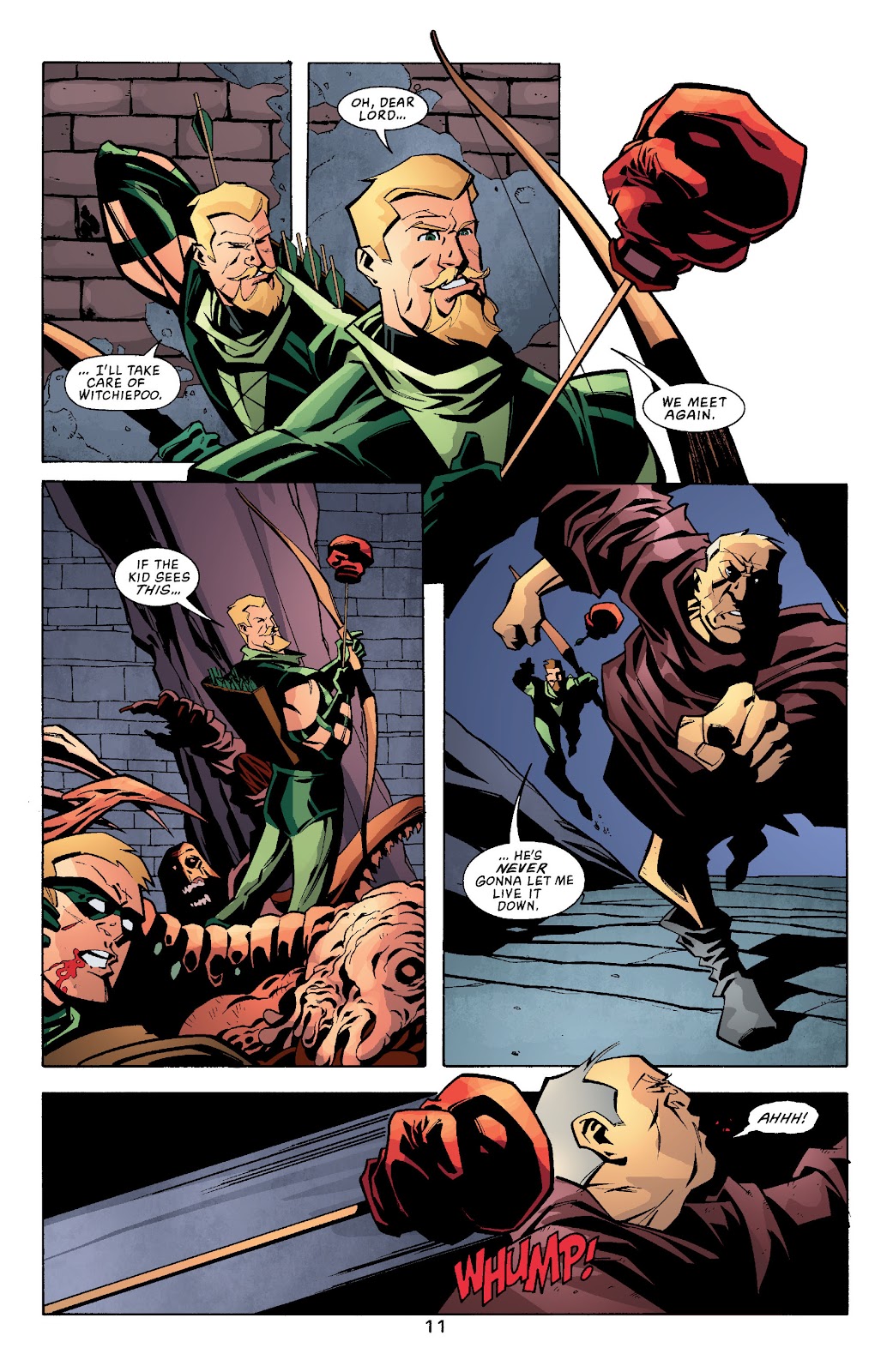 Our favorite archer billionaire makes this list for one of his most weird but most memorable tools: his Boxing Glove Arrow. The infamous boxing glove arrow made its debut back in 1947 in Adventure Comics #118. It has cropped up over the years and has reached a point where it has become a staple punchline. The concept itself might sound dated but it is also one of the things that defined Green Arrow for a long, long time: that brand of comic book wackiness and throwbacks to the golden and silver age of comic books.