The new Batman movie is all set to release and the date is confirmed for June 2021. All the DC fans are super excited to see their favorite superhero in the new Cape Crusader Suit. All the new casts and the new plot has surely made the fans all pumped up for the movie’s release. Most of the fans are making hilarious Dark Knight memes to celebrate the new movie. So to take part in the celebration, we have gathered 10 most funny Batman memes that will make your waiting period a little easier. 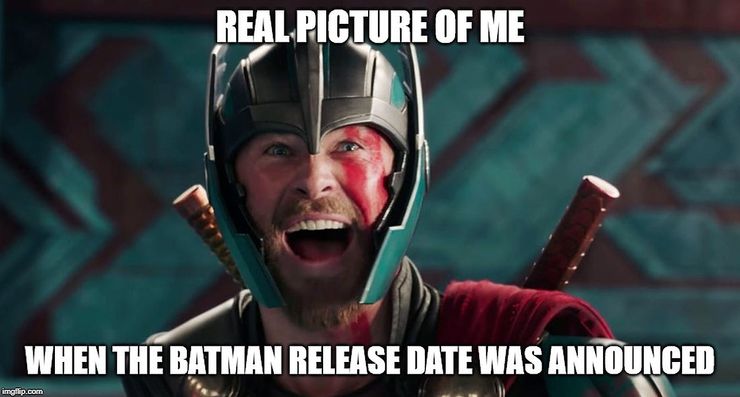 This was all of us when we got to know the release date for the new Batman movie. This picture really represents accurately how we all felt. All the fans were surprised, because the date came out of nowhere. Nobody was expecting that because the creators were talking about the movie being under development and people thought we won’t be getting a date soon. The constant delay and the ever changing dates made the fan both excited and disappointed. But Hey! we are not complaining. At least we have a proper date now and it seems like it’s not going to change. Let’s just be hope the movie is worth the wait. 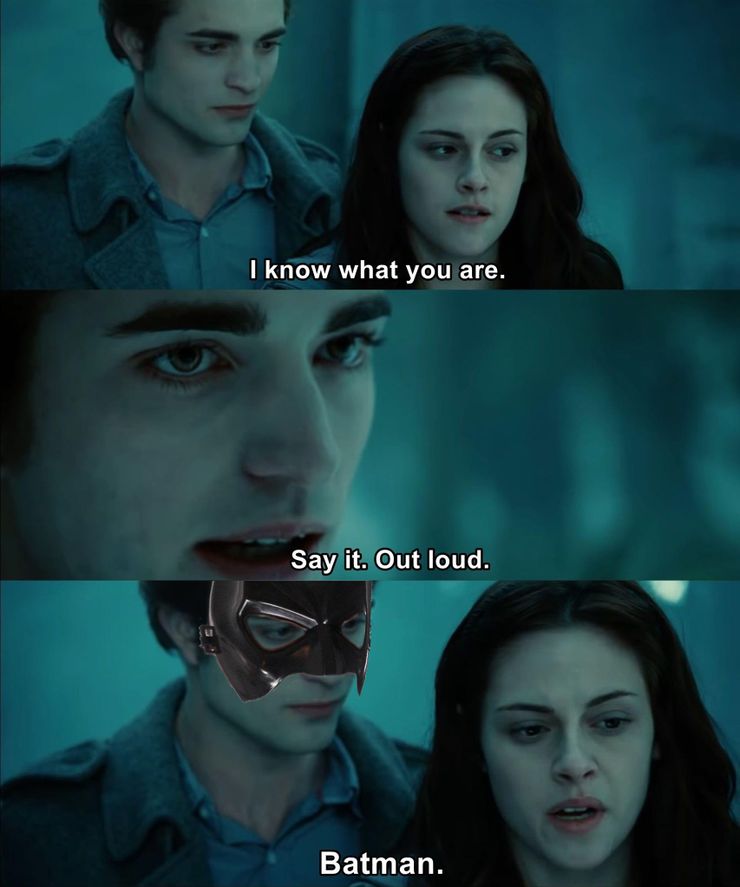 It’s no secret that the new Batman will be played by Twilight famed Robert Pattinson. And in the beginning when the news broke, people were pretty against it. Especially the Twilight fans who doesn’t want their beloved Edward to play any role other than a Vampire. Which is pretty awesome, not denying that, but we all are very excited and want to see Pattinson as the new Batman. Let’s all be open-minded and let his work speak for him. For now, lets just save our opinions and let him have his moment guys. 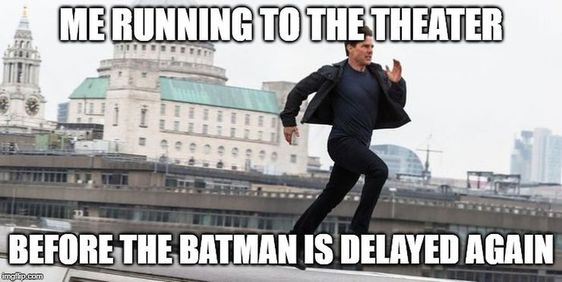 After so many delays, the movie is finally announced to be released on June 2021. But fans are still doubting and being paranoid about the release. The fans cannot fathom the fact that the date is out for real and this time it’s not going to be canceled (fingers crossed). And right after the one year lockdown, people really want some good movies to watch at the movie theaters. And people have high hopes with the new Batman movie. So there is gonna be a pretty long queue of people waiting for the ticket. Do not forget to book yours or you might miss your chance. 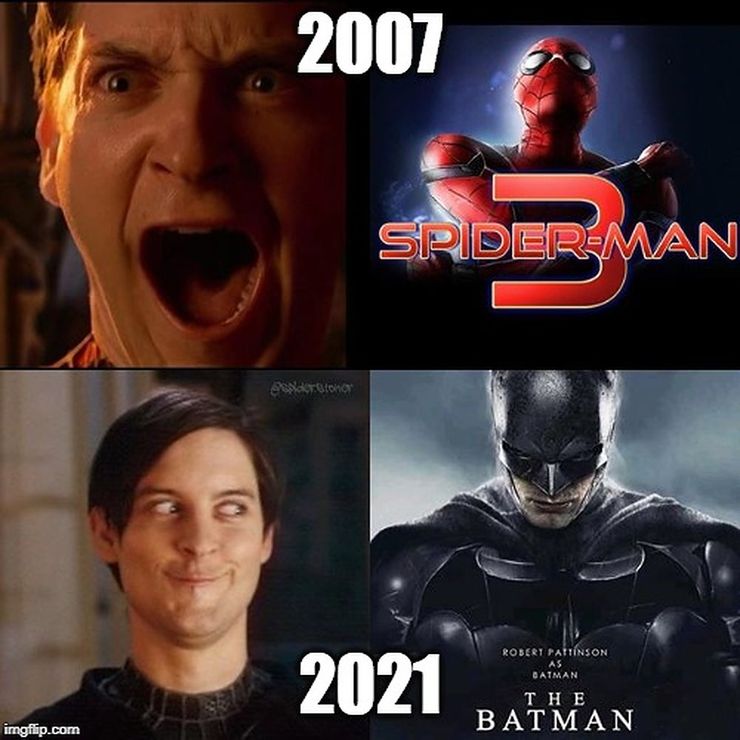 In this meme Tobey’s expressions are just perfect. Unlike the Spiderman 3, which was not a very big hit and left the fan wanting more. The Batman is what people are hyped for. We just hope that the movie live up to the hype and Tobey do not get disappointed this time. 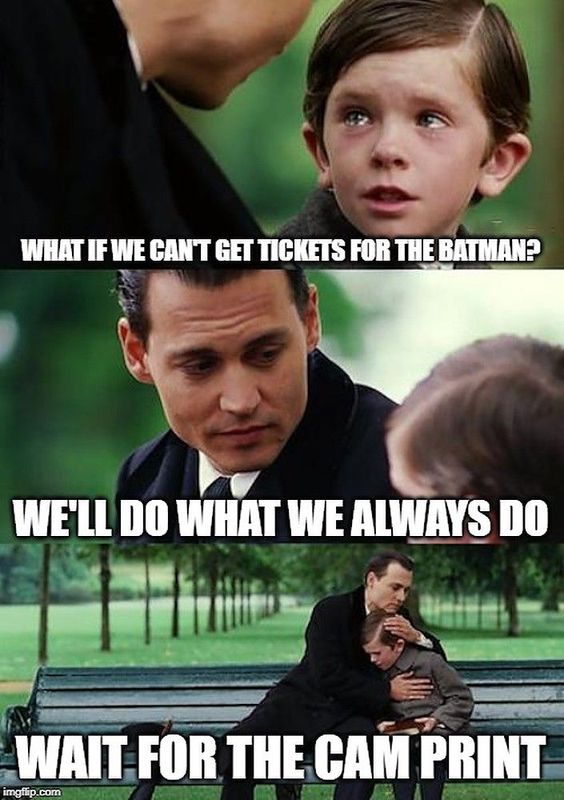 This is also a concern of some fans as the movie is so extremely awaited, that getting a ticket might be a hustle. But people have back-up plans for that. If they didn’t get the tickets they might have no choice but to get the cam prints. Yeah we know it’s not the right way to watch your favorite movie but sometimes you gotta improvise. And one will blame you if you break the rule for this movie because we all how eagerly everyone is waiting for it. 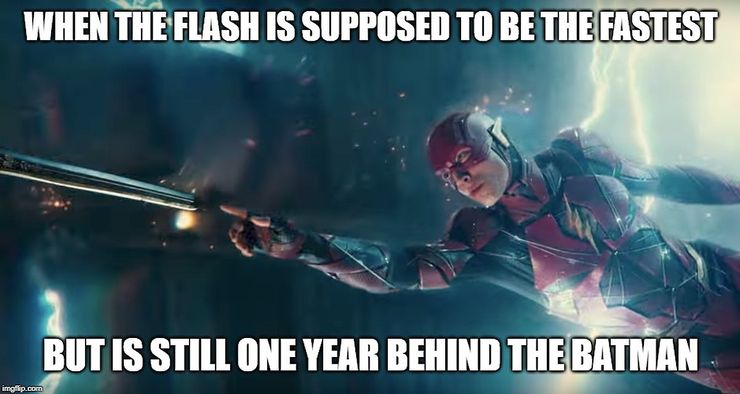 The Flash is supposed to be released in 2022, and The Batman is all set to be released in June this year, so the joke here is that the Batman has won and defeated The Flash and is faster than him. Not talking about the actual speed but the race to release, is what we are referring here. And fans are quite happy about it too.

Spoilers are a big part of the Superheroes movies. Fans just can’t suppress the urge and end up reading and spreading the spoilers amongst the diehard fan communities. Creators have requested the fans to not spread the spoilers, if there are any but we all know that ain’t gonna happen. 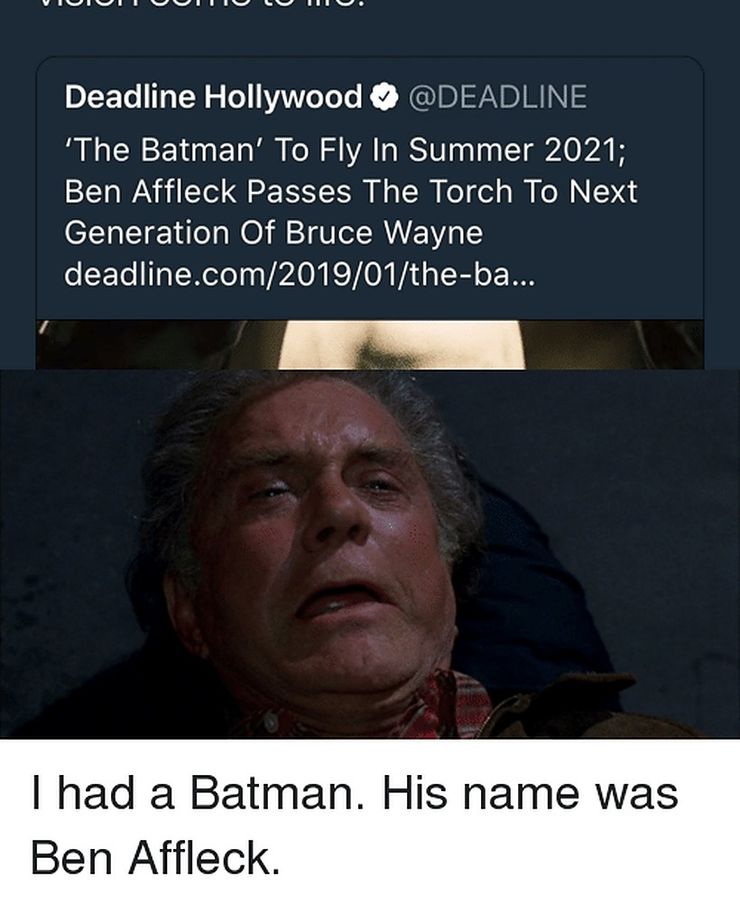 Some people just can’t move past the Ben Affleck era of Batman. Some people still want Ben Affleck to play the Batman. Which is not a bad idea but give the man some break, and let some fresh actors try their luck as Batman. 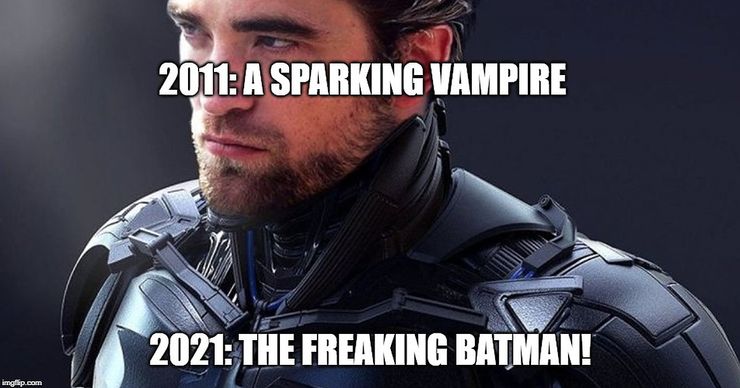 Robert Pattinson has come a long way. From being a teenage heartthrob, to being the awesome Bruce Wayne. He has done a lot of different movies with different genre, like Tenet, Good Time, High Life, and many others. But people generally label him with the Twilight movie. And this is his chance to prove the people who don’t want to accept him as the new Batman. We all are eagerly waiting to see him in the new movie in June. We all can finally enjoy his acting skills and his haters will start taking him seriously. 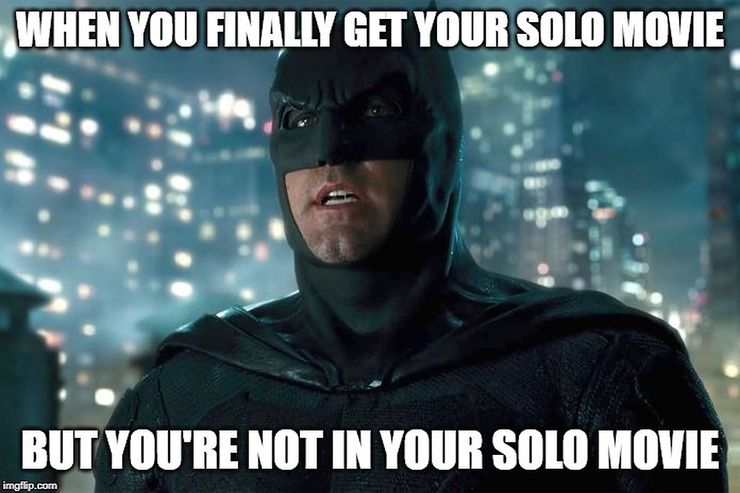 Ben Affleck was gonna be the writer, producer and the director for the movie and some people also wanted him to play the Batman as well. But we won’t be getting this lucky as the news shortly came that Ben is leaving the movie entirely and won’t play any part behind the camera or in front of it.

The Batman is all good to go and the fans are extremely curious to see and experience the movie on June 2021. Right after the lockdown, the movie is gonna be hundred times better as we all are just  craving the cinema experience. We all can just hope that they don’t mess with the release date again, and we get to see the movie as soon as possible. Because after all this hype, we don’t think the fans are going to be happy, if they change the date again. Tell us in the comments some of your thoughts on the funny memes and the release date of the movie.