Supervillains come and supervillains go. Only some make a mark big enough for us to remember.

Every superhero is bound to have an arch-nemesis.

Superman has Lex Luthor. The Flash has Reverse-Flash. Wonder Woman has Maxwell Lord and Cheetah. Batman has the Clown Prince of Crime aka the Joker.

Considered to be the greatest comic book supervillain of all time, the Joker is a villain whose sheer insanity is enough to give even Batman the chills.

There have been several live-action portrayals of the Joker in the movies, the most popular being Heath Ledger’s Joker from The Dark Knight.

Ledger’s untimely demise immortalized his finite but epic role as the Laughing Maniac. Nobody in the industry could ever even imagine filling his shoes. 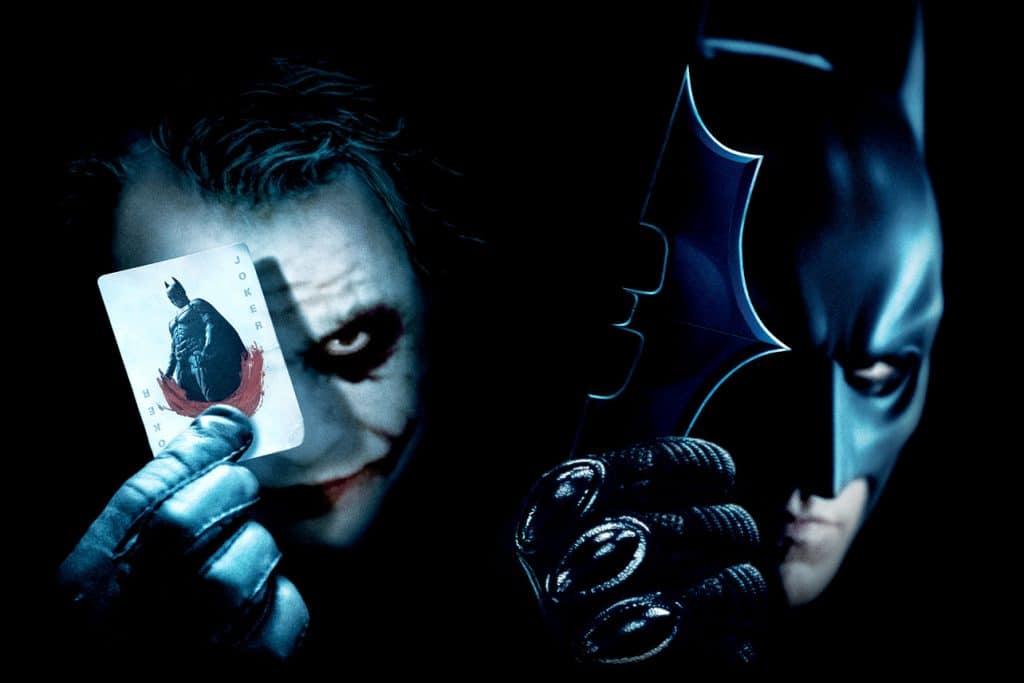 The latest movie based on the Dark Knight – The Batman, is at least trying.

Its primary villain is going to be the Riddler.

And from the looks of it, the Riddler is pretty much based on the characterization of Heath Ledger’s Joker. In other words, the DC Extended Universe is trying to bring back the magic of Ledger’s anarchy and chaotic magic with the Riddler. 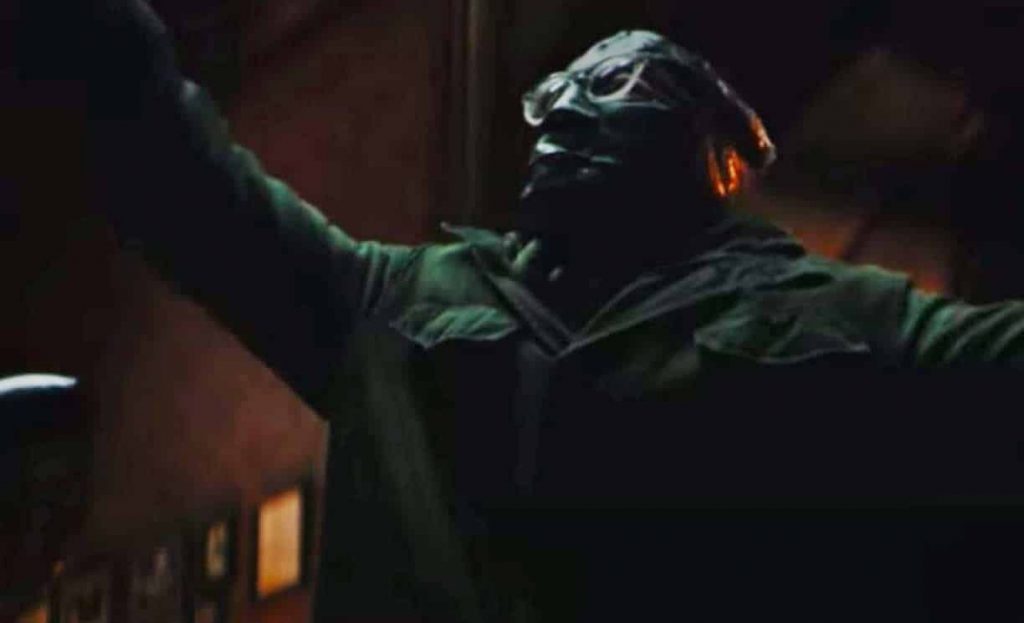 Also Read: The Batman: Trailer Breakdown and All the Easter Eggs You Missed!!

How is it so you ask?

Well, there are umpteen numbers of similarities The Batman’s Riddler has with The Dark Knight’s Joker.

It is time we pay a visit to each and every one of them. Let’s dive in. The war of jokes and riddles begin. 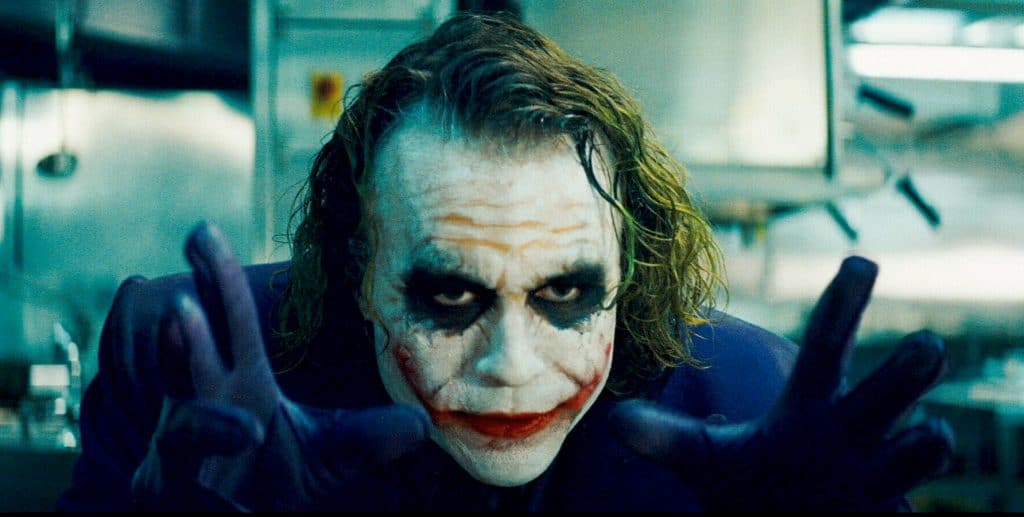 The Batman trailer revealed a very tense Gotham City. The Batman is still in his nascent stages.

Bruce has a lot to learn. The City of Gotham is bursting at the seams.

The rise of the criminal elite leads to people like the Penguin and the Falcone Crime Family become the heavy hitters and crime lords of Gotham. 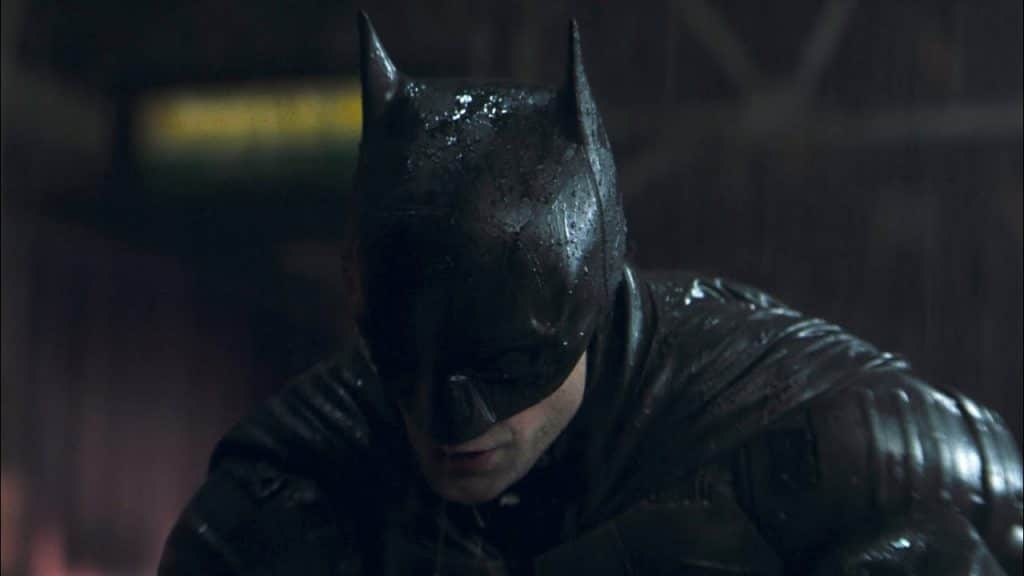 Batman does what he does best. He fights evil with his bare fists and defeats as many bad guys as possible to save the day.

But the philosophy of one guy at a time is not enough. Gotham is Hell and there is a reason for it.

Understanding the status quo is winning half the battle. Gotham needs a wake-up call.

The Riddler’s purpose is to blow the whistle on the Elite few who built their empires on hundreds of innocent bodies.

Related: Titans Season 3: All You Need to Know

The Joker has been given the same treatment in the fan theories.

Some fan theories claim the Joker’s true purpose in the Dark Knight was not to just “Watch the World Burn” as Michael Caine’s Alfred points out.

The Joker was an Ex-Military Intelligence agent who had a very detailed, cold, and calculated plan to bring down the entire city and let a new Gotham rise from its ashes.

In the end, he managed to do just that. Reeves has claimed the Riddler intends to expose a network of corruption within Gotham. The similarity of purpose is rather uncanny. 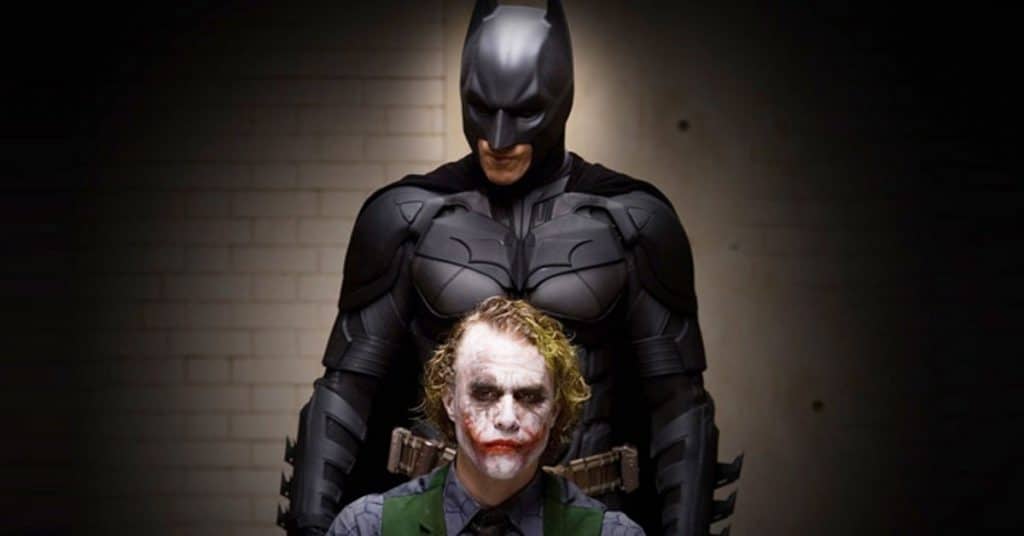 The Batman will take leaves from Batman: Year Two. This means that Batman is still learning. He is yet to master the mantle of the Bat. Bruce Wayne is still green.

He believes that the answer to every question is violence.

In the comic books, Batman slowly learns that sometimes he has to make choices that make him less than a hero.

Deep down, he is not a good man. His youthful aggression will one day fade away.

As Batman gets older, he realizes the best way to deal with the bad guys is by making the hard choices, the tough calls nobody else would dare to take.

That is how he operates. He has embraced this burden and the harsh truth of life. 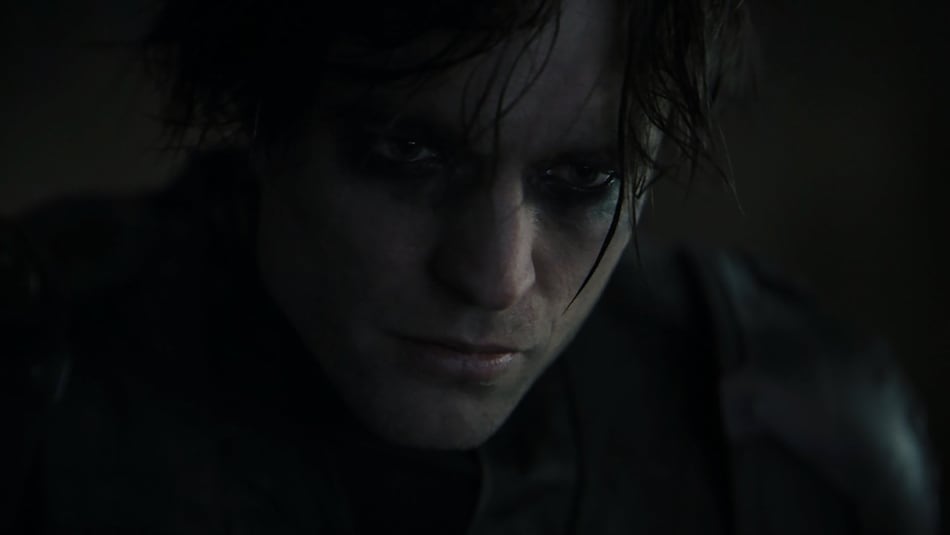 In The Dark Knight, Ledger’s Joker does the same to teach Batman that he cannot save everyone.

When he made Batman choose between Harvey Dent and Rachel Dawes, Batman went against his heart and chose the former.

It is because saving Rachel was what Bruce would have wanted.

Saving Dent, one of the greatest leaders of nobility and justice in this city, was what would have been the right thing to do.

The Joker taught Batman to choose the thing that needed to be done rather than what he wanted to be done.

You May Like: DC FanDome: New Batman Arkham Game to be Unveiled

The Riddler is sure to play these mind games with Batman.

An up and coming Caped Crusader will be riddled with (no pun intended) a barrage of puzzles and choices.

He will be forced to partake in psychological games designed to break the Batman. The Batman’s current approach to justice is via his knuckles.

The Riddler, in his quest to show the Batman just how dark Gotham’s underbelly is, will also be showing Bruce Wayne a mirror.

The Way – Doing the Right Thing the Wrong Way 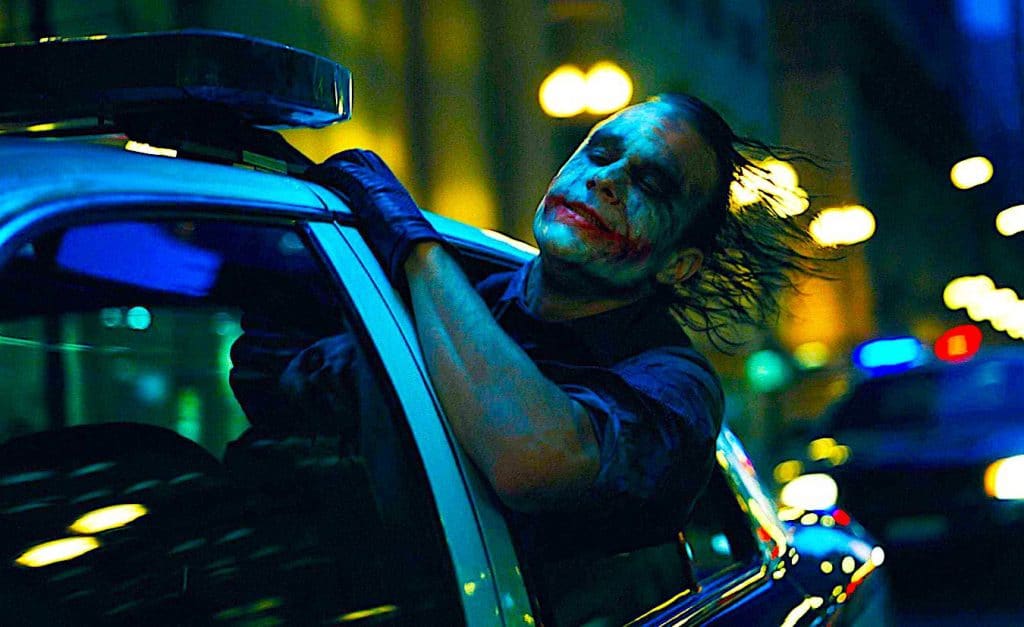 Alright, now we are not in any way justifying the anarchy and violence the Joker’s antics caused in The Dark Knight!

Looting the criminals and then killing a bunch of them, burning the rest of the money, and watching them wither and die achieved two things.

First, it brought down Organized Crime. Secondly, it also showed just how much of a sociopath Ledger’s Joker was.

He only wanted to fight Batman and teach him a lesson.

He was willing to go to extreme lengths including blowing up buildings, hospitals, bridges, and passenger ships leaving Gotham City to prove his point. 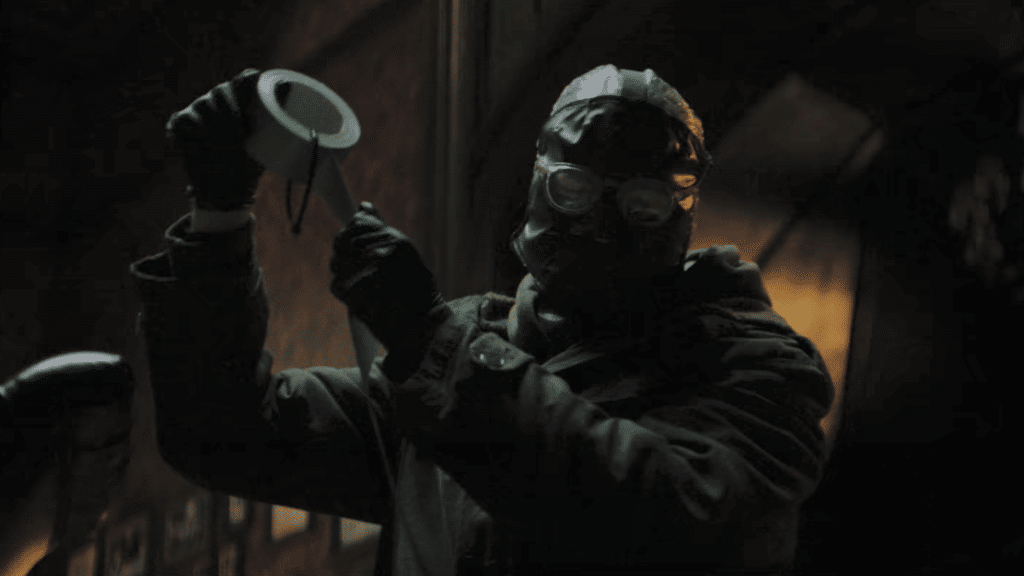 The Riddler’s plan of action is not known. He does consider the Batman to be a crucial part of his plan as seen in the recently released trailer.

But he sure looks to have something in mind. We will say again and again – the Riddler intends to expose the darkness that dwells within Gotham.

He is willing to maim murder, torture, break, and mutilate any number of men to achieve those goals.

Paul Dano, who plays the supervillain in The Batman, has played psychopaths in his previous ventures like the 2013 movie Prisoners.

His character – Alex Jones, was brainwashed and then forced to kidnap toddlers. Dano carried the role effortlessly, showing just how easy it is for him to play the role of a mad man.

There is a reason Dano was roped in to play the Riddler.

Guess we will find out soon enough. The Batman is set for release on the 1st of October, 2021.