If you’re still reeling from the cathartic trailer of The Batman released at the DC FanDome, be assured, you’re not the only one.

Matt Reeves’ upcoming The Batman (2021) is one of the most anticipated movies which had been kept under wraps for a long time.

And finally, we have a first look at Robert Pattinson donning the cowl in the trailer. 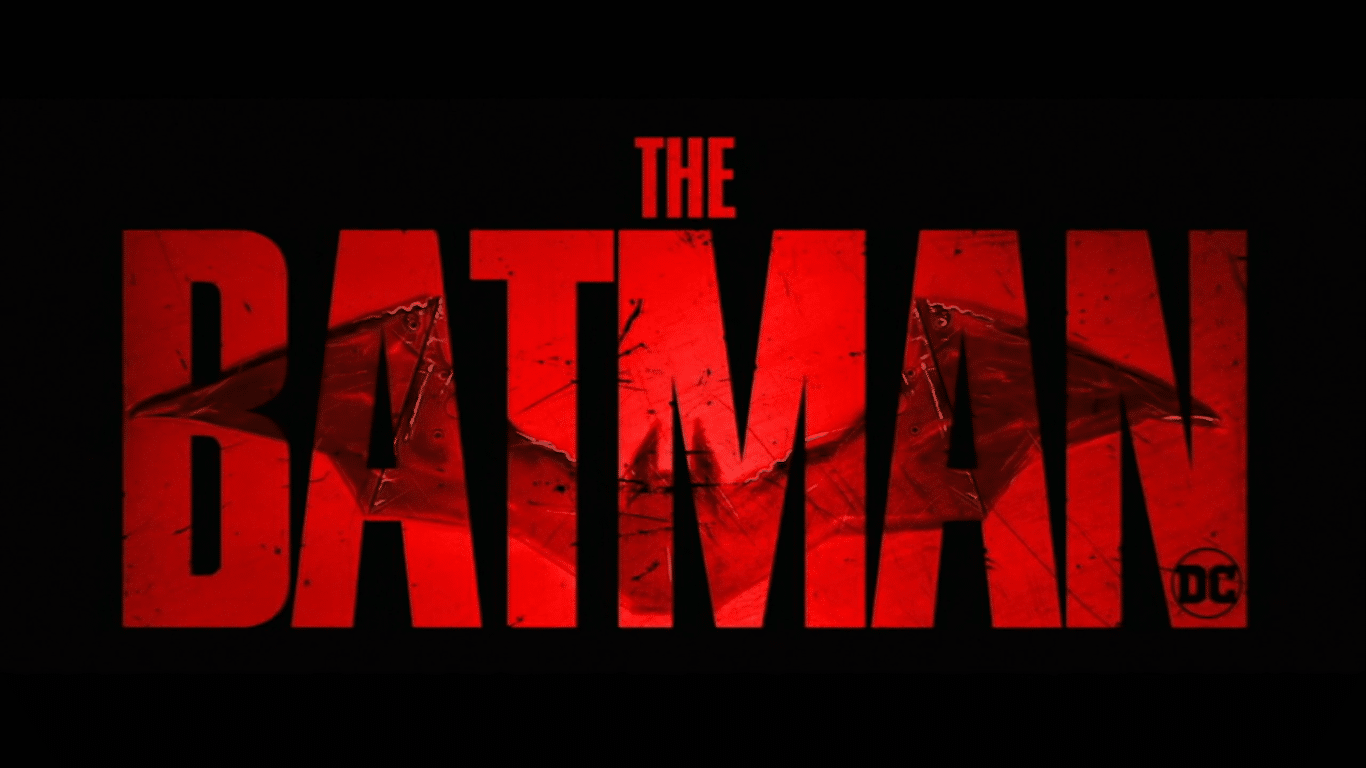 Not a part of the main continuity, Matt Reeves’ Batman is set in a different universe where Robert Pattinson’s Dark Knight is in his second year of crimefighting business.

Prior to the release of the trailer, Matt Reeves had confirmed that The Batman would be quite different from all the past iterations of the Dark Knight on the silver screen.

Instead of solely focusing on Batman’s martial arts prowess, The Batman will be focusing much more on his detective side.

There’s a reason Batman is known as the world’s greatest detective and the movie is surely going to establish that title if the trailer is to be believed.

As promised by Matt Reeves, his vision is going to be quite different from what fans have been watching for decades.

So, without wasting any more time, let’s delve straight into the trailer and break it down scene by scene. Also, it’s time you also get to know the subtle easter eggs hidden in the first trailer.

Prior to the release of the first trailer, the Riddler was confirmed to be a part of The Batman.

Played by Paul Dano, Edward Nygma aka The Riddler dons a much more realistic costume in this trailer.

Instead of his bright green suit and a matching hat, this version of the Riddler wears a dark green padded jacket and covers his face with a mask. But, he does wear glasses, just not the fragile ones.

As the scene changes from the Riddler, a person in the suit is shown to be suffocated to death(?) by the Riddler using duct tapes.

In a slow, painful way, the person is shown to be gasping for breath as his face is tightly covered with duct tapes.

As the trailer progresses, it’s safe to assume that the victim was Mayor Don Mitchell Jr.

A prominent member of the Batman mythos, Commissioner Gordon is an inseparable element from any Batman movie.

In The Batman, Commissioner Gordon is played by Jeffery Wright.

As the first black iteration of the beloved character, Jeffery Wright’s Gordon looks quite similar to Bernard from Westworld.

The spectacled police commissioner is seen to be investigating the murder of Mayor Don Mitchell Jr.

Batman Works Alongside the GCPD

In the same scene where Commissioner Gordon is introduced, Robert Pattinson’s Batman makes his entrance donning the suit.

Instead of aiding James Gordon in his own clandestine ways, this Batman straight up walks to the crime scene filled with detectives and police officers.

A departure from secretive rooftop meetings from Christopher Nolan’s The Dark Knight trilogy, Reeves’ Batman seems like to be working alongside the Gotham Central Police Department.

As the trailer suggests, the Riddler has been dropping a trail of bodies in his path. As the GCPD and the Batman team-up to solve the serial killings, the Riddler leaves a few bread crumbs for the Dark Knight to pick up his scent.

But interestingly, the note left by the Riddler has an owl-shaped cover. And for starters, bats and owls don’t really get along that well.

Solve the Riddle, Play the Fiddle

Though the Riddler has dropped his comic-book costume in the trailer, he is still the old, sadistic villain who drops interesting riddles for the Dark Knight to seek him out.

Without disappointing, the Riddler has left a riddle for the Batman to solve at the crime scene, setting things in motion.

In the same crime scene, a photographer is shown to take photos of a few news clippings.

If you look closely, one of the blood-spattered news clippings declares ‘MARONI DRUG BUST’.

In the comics, Sal Maroni is a dreaded crime boss in Gotham City and a rival of Carmine Falcone.

Also, Sal Maroni is the one who was responsible for pushing Harvey Dent’s descent into insanity.

As Maroni threw acid on Dent’s face, the incident was enough to make Gotham’s White Knight turn into Two-Face, a prominent member of Batman’s infamous rogue-gallery.

The Batman is a very grounded iteration of the Dark Knight with sufficient elements from his mythos.

As a much more realistic take on Batman, the acolyte vigilante is shown to be using black make-up smudged around his eyes to conceal them while donning the suit.

The eye make-up can also come handy whenever Bruce Wayne is investigating without donning the costume, as the trailer showed him stalking the funeral from a distance in daylight.

Return of the Cat Burglar

Batman’s long time romantic interest, Selina Kyle plays an important role in The Batman. Though Anne Hathaway’s version of Selina Kyle was a fantastic depiction, she was never called Catwoman in The Dark Knight Rises.

In The Batman, Zoe Kravitz plays the role of Selina Kyle and makes her appearance in the trailer doing what she does the best; burglary.

There’s also a short fight sequence between Batman and Catwoman, and you bet we can’t wait to see their love/hate relationship explored in the movie.

As Robert Pattinson’s Batman is just in his second year of crimefighting, it’s natural that a lot of things we expect to see would be in a developmental phase.

That also includes the famous Batcave. Instead of a full-fledged Batcave shown in Batman v Superman: Dawn of Justice, The Batman has a minimalistic base of operations that will be developed in the upcoming sequels.

When Batman is not saving the city during the night, Bruce Wayne swerves in to save the day.

In the trailer, a car rams into a funeral service almost killing an innocent bystander.

But being the hero he is, Bruce Wayne selflessly jumps in to save the bystander with superhuman agility.

Prior to the trailer release, it was widely speculated that The Batman would be set in the early ’90s.

But, in the scene where Bruce Wayne saves the bystander, an aged man is coerced to stand with a package and a smartphone, implying that the movie is set in the current era.

Is that Colin Farrell?

If you think you missed Colin Farrell in the trailer, you’re not alone. Colin Farrell plays the role of Oswald Cobblepot aka The Penguin in The Batman.

The Penguin does make an appearance in the trailer, but realistic prosthetics make Farrell almost unrecognizable.

It’s his eyes which confirms that Farrell indeed made his appearance as Oswald Cobblepot.

As the trailer progresses, Batman faces a group of henchmen wearing face paints.

Though most of them look like Joker’s personal henchmen considering their face paint, they might actually be the Riddler’s personal army.

Stylized in the Day of the Dead fashion, their face-paint resembles the symbols left by the Riddler in his note in the crime scene.

Before we get to know more details, one of them attacks Batman only to be brutally knocked down with a barrage of terrifying punches.

As the scene changes, we see the Dark Knight in an altercation with a group of police officers.

As he keeps shoving police officers violently, it seems that the GCPD doesn’t really acknowledge Batman as an ally.

Having just started the vigilante life, it’s understandable that Batman has to go a long way before he establishes himself as the symbol of hope.

Having Sal Maroni, Carmine Falcone, and Oswald Cobblepot in a single city is a recipe for disaster.

In the trailer, a glimpse of a mob war is shown with The Penguin at the front.

Only time will tell how Batman is going to take down hordes of henchmen armed with machine guns and other lethal weapons.

One part of becoming Batman is that you are never safe.

In what seems to be a place for a memorial service, Batman gets blown away by an explosion.

It’s the same location where Bruce Wayne swerved in to save an innocent bystander from the impending car crash.

There will be a day when fans will be bored by the Batmobile.

But, that day is not today. To match Robert Pattinson’s slender Batman, The Batman will be having a sleek and elegant Batmobile.

Unlike Zack Snyder’s gigantic Batmobile or Nolan’s Tumbler, Reeves’ version is much sleeker and fashionable in design to rapidly move across the streets of Gotham.

In one of the scenes, Batman gets shot in his chest piece. Interestingly, his bat-logo chest piece is made of parts of a gun(s).

As a result, the bullet probably just ricochets instead of hurting him. According to some theories, the gun used to create his chest-piece is the one used by Joe Chill to murder his parents.

Definitely not a healthy way to cope with trauma.

As the trailer comes to an end, the Riddler tells Bruce Wayne that he is a part of a larger scheme.

As Bruce replies “How am I a part of this?”, the Riddler replies “You’ll see”.

As the official synopsis of the movie is Bruce Wayne uncovering the deep-rooted corruption in Gotham City, he also unravels a few dark secrets related to his own family in the process too.

The Batman is a gritty, dark, and violent depiction of the adventures of the Dark Knight.

Set in a different universe, the angsty, intense, and brutal Batman finds himself investigating a trail of bodies left by the Riddler. The movie will resume production from 1st September 2020.