Jonathan Majors is a rising celebrity in the Hollywood industry who has proven his potential by delivering performances in The Last Black Man in San Francisco and Lovecraft Country. With his talent, he also became a part of one of the biggest franchises in the world, the Marvel Cinematic Universe. He’s set to return in Ant-Man and the Wasp: Quantumania next month as Kang The Conqueror.

The actor has been working on another project besides that of MCU, a drama film helmed by Elijah Bynum, Magazine Dreams. The movie had its world premiere at the 2023 Sundance Film Festival. The actor received appraisals for his intense performance and insane physical transformation. The actor himself admitted it was something very difficult that he finally conquered.

Jonathan Majors Opens Up About The Struggles Behind His Physical Transformation

The movie, Magazine Dreams revolves around a bodybuilder Killian Maddox, who wanted to achieve stardom which at some point turns toxic that affects his physical and mental well-being. To perfectly execute the role, Majors needed to undergo some drastic changes in his physique which were clearly shown in the movie.

The 33-year-old actor, Jonathan Majors revealed in an interview with Deadline that changing his body into the required one was something very “difficult” for the actor himself.

He stated, “The bodybuilding, changing the body, it’s the hardest thing I’ve ever done in my life.”

He also opened up about the time when he had to feed himself and work out to gain what he wanted.

“You are pacing up and down your apartment, force-feeding yourself the food you need to grow. That isolation and physical commitment does breed a certain amount of emotionality, and distance.”

He also opened up about his diet which led to his desired output.

Also Read: Christian Bale Is Not a Fan of Drastic Body Transformation Anymore

The Loki star in an interview with Variety opened up about spending four months eating over 6,000 calories to transform himself into the character of Killian Maddox.

“In order to sustain that and to grow that you have to eat as much protein that you weigh. I ate 6,100 calories a day for about four months. That included the pre-work and the post-work of ‘Creed III.’”

He stated that a normal bodybuilder would work out two times a day, however, his role demanded more than that.

“I’m playing Killian Maddox… Playing him you don’t f**k around. What ended up happening is I would train two hours, two times a day for the movie and a third time after wrap. Meanwhile, you eat six times a day. Lots of chicken. Lots of elk. That’s just for me. I like it.

Now that he is done with the transformations, he had slowed down his workouts and only does them once a day. Meanwhile, he’s set to appear in the upcoming MCU film, Ant-Man and the Wasp: Quantumania which will release on February 17th, 2023. 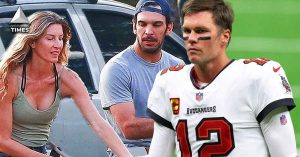