The Nun is the latest entry into the Conjuring Universe and with that, we now have a total of five films in a shared universe which has been loved by the audiences. Since Marvel began its shared universe with the MCU in 2008, we’ve seen various studios coming up with their own shared franchises.

Over the years, Disney’s Marvel has cashed in big money with their MCU films. Even Warner Bros. kicked off the DCEU in 2013 with Man of Steel. Similarly, The Conjuring also began its own horror universe. 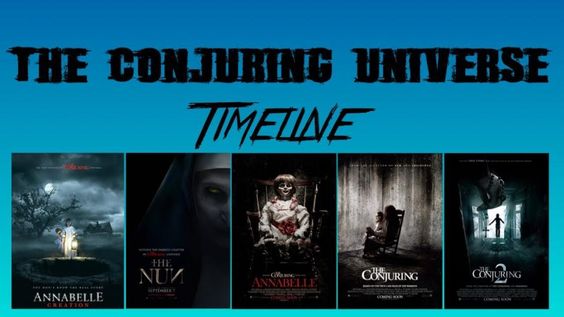 The Conjuring came out as a highly acclaimed film by both critics and audiences which led to its spin-off film set as a prequel to the Conjuring, Anabelle.

While Anabelle didn’t do as well as The Conjuring, it still managed to establish a great connection to its predecessor for people to look up for. The Conjuring films haven’t been huge box office successes but they have managed to bring in profits for the studio.

The Nun is the latest entry and is made in a budget of just $22 million and has already earned $54 million in its first three days. It’s not just the amount of money they make in the box office but how well the creators have connected their storylines with each other.

Spoiler Alert: Major spoilers about NUN, stop reading if you haven’t seen the film yet.

As The Nun ends, we come across a major connection being established to the first Conjruing film on how Valak stays alive and connects with the Warrens for Conjuring 1 & 2.

One might comment that even DCEU films have been been profitable but keeping in mind their high expenditure, the profitable ratio of the Conjuring Universe seems way higher. Apart from these two universes, we have a Monsterverse which is made up of films like Kong and Godzilla but we’ve just seen two films yet so we don’t know if a universe will be established. Universal also began its Dark Universe with Tom Cruise starrer The Mummy but it was poorly received by fans and critics which delayed the possibility of its sequel. Sony is yet to begin its journey with Venom, so it’s safe to say that The Conjuring is the second most-successful shared universe.