The Eternals soon to hit the screens

Marvel Cinematic Universe is running Disney+ officially this year with its phase 4 and bringing in returning character to the screen. The Eternals is one of the most highly anticipated shows of the year, bringing together the cosmic gang to the audience in all galore. 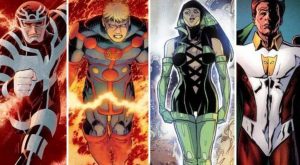 The easter eggs for the show were seen all over Thor: Ragnarok and the seeds for it all were rooted neatly across few MCU entries. The film exploits on Sakaar had a ship painted all green and pink in the background, and it was designed merely similar to that of Jack Kirby‘s on The Eternals. The Eternals are seen to be a cosmic arrival just as it was written as, and everyone involved with this is excited about the film.

We found a little Easter egg: 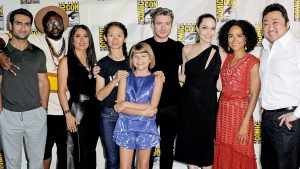 Kevin Feige, the president of Marvel Studios, called it a big and expensive movie in an interview last year. He added on saying that the success and vision of the movie are based on the faith in the director Chloe Zhao and in the view held by them even if it means listening to risk when evolving the film.

The big movie with a big cast 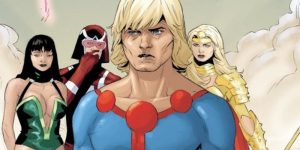 The Eternals will be cast with Angelina Jolie as Thena, Hayek acting as Ajak, Gemma Chan as Sersi, Kit Harington as Black Knight, Richard Madden as Ikaris, Kumail Nanjiani as Kingo, Lauren Ridloff as Makkari, Brian Tyree Henry as Phaistos, Lia McHugh as Sprite, Don Lee as Gilgamesh, and Barry Keoghan acting as Druig. The Eternals are being introduced as a group instead of presenting them individually, which was how the first Avengers was introduced. Feige plans on launching the ensemble very much like the Guardians. She adds on to say how Jack Kirby had done a fantastic job in organizing the Eternals as a team and on the same page, wishes to introduce them in a similar manner.