I’m more of a soldier than a spy.” …Falcon/Sam Wilson

The Falcon and Winter Soldier is an American tv miniseries made by Malcolm Spellman for the streaming platform Disney+, based on the Marvel comic book characters Sam Wilson, otherwise called Falcon and Bucky Barnes, otherwise known as the Winter Soldier/ The White Wolf. It is set in the Marvel Cinematic Universe, offering congruity to the films of the Marvel franchise. The series is set after the events of the movie Marvel’s Avengers: Endgame. This series is produced by Marvel Studios, with the show being directed by Kari Skogland and written by the head author, Spellman filling. Anthony Mackie and Sebastian Stan reprise their roles as Sam Wilson and Bucky Barnes from the Marvel film franchise. While Erin Kellyman, Daniel Brühl, Emily VanCamp, Georges St-Pierre, Wear Cheadle, Adepero Oduye, Danny Ramirez, Florence Kasumba, and Wyatt Russell also staring in this Disney plus series. So with almost 1 episode that will be airing on the 23 April. Here are 10 Details that I have spotted in the last episode of Falcon and The Winter Soldier, episode 5, otherwise entitled Truth. Sounds interesting, Lads, so let us hop right into it.

10. First, Sam, Bucky, and John Walker fight in a similar formation as when Bucky and Steve fought Tony in Captain America: Civil War. 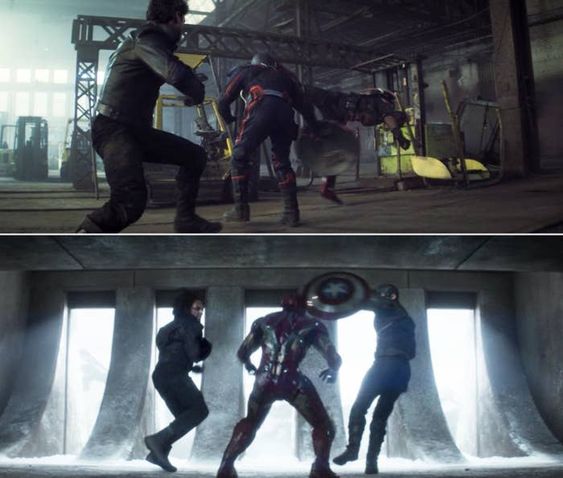 9. John repeatedly saying “I am Captain America” in this episode is like Tony’s iconic “I am Iron Man” line, and it further highlights the differences between the heroes and John. 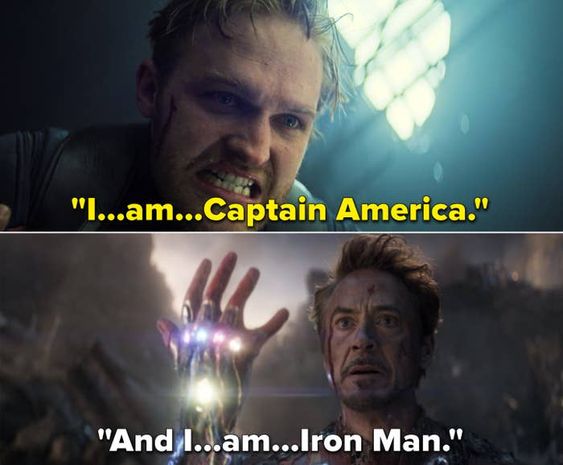 8. Also, John continuously referring to himself as Captain America is something Steve rarely did. Steve was always himself first and Captain America second. Again, this just shows how different John and Steve are: 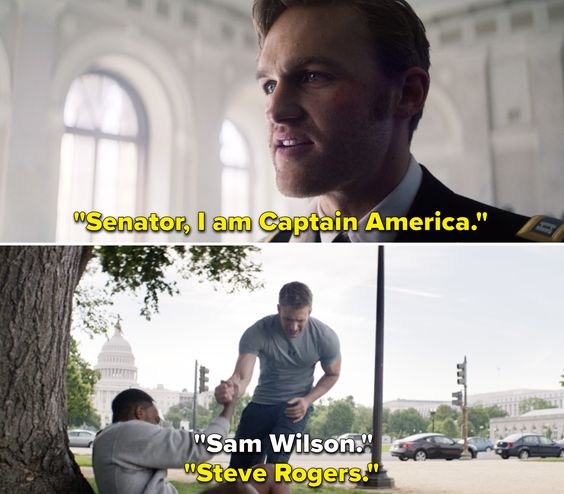 7. We saw it in Episode 4 when John killed the Flag Smasher, but John’s go-to move to injure someone with the shield is similar to how Steve hurt Tony in Civil War. 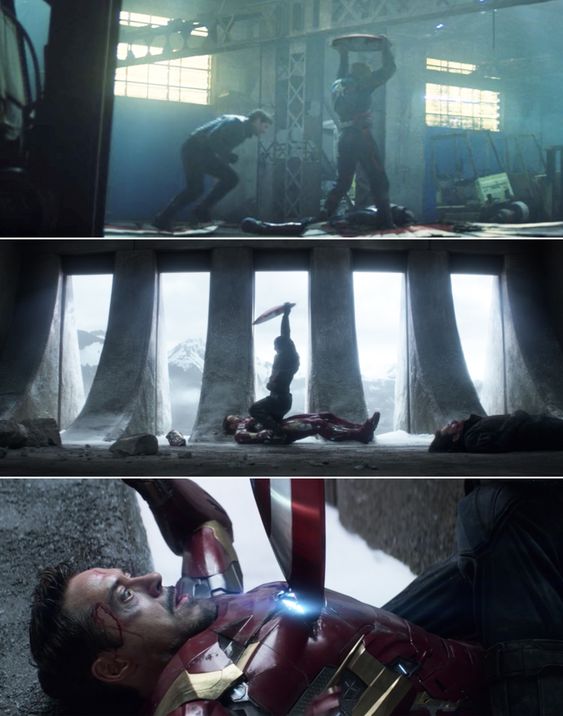 6. Sam tells Joaquin to keep the Falcon wings. This is massive, because in the comics, Joaquin eventually takes up the Falcon mantle. 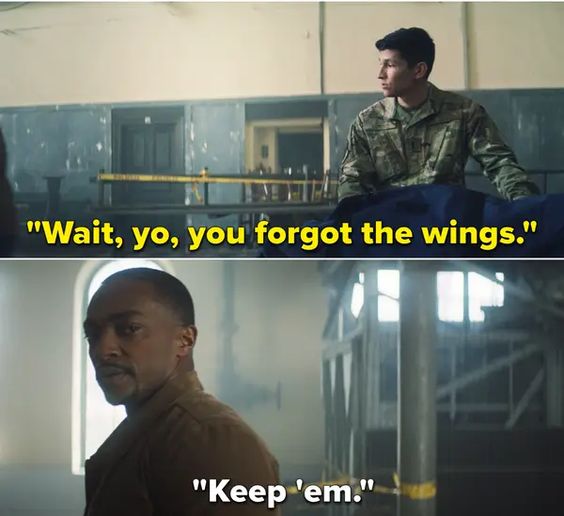 5. Just love the image of Sam taking the shield and leaving Joaquin the wings, considering that in the comics, Joaquin becomes Sam’s sidekick when he becomes Captain America. 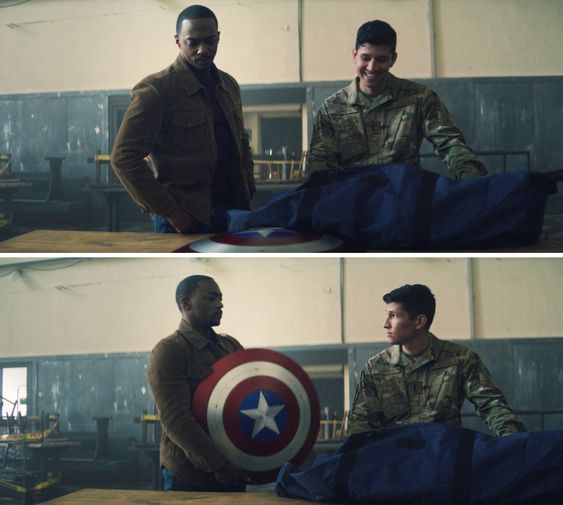 4. Julia Louis-Dreyfus showing up as Valentina Allegra de Fontaine might be one of my favorite things to ever happen, and it’s HUGE. In the comics, Val is a Russian sleeper agent for Leviathan who also becomes an agent of S.H.I.E.L.D. and works closely with Nick Fury: 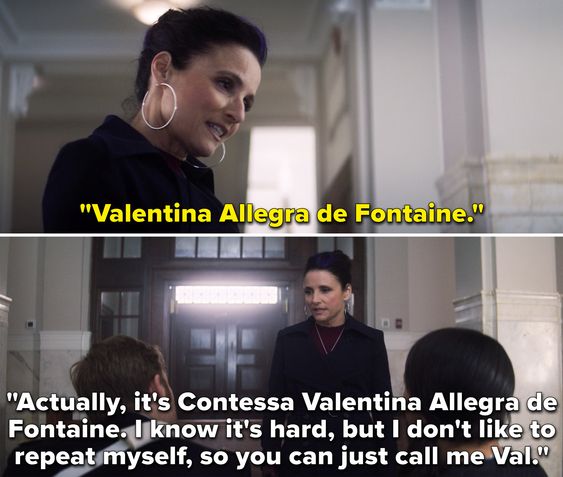 3. In the comics, Val eventually secretly joins Hydra and goes by the name Madame Hydra. She’s basically one of the most well-known spies, and her appearance probably means that Hydra is still out there somewhere: 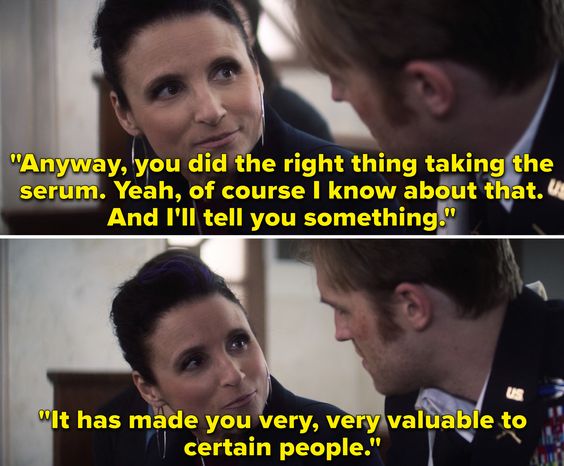 2. Zemo visits the Sokovia memorial, which he first mentioned to Bucky and Sam in Episode 3. Of course, Zemo lost his wife and son in the Sokovia attacks from Avengers: Age of Ultron. 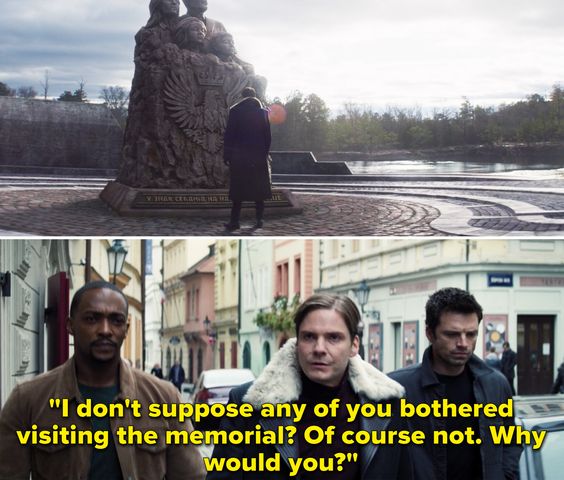 1. When Bucky chooses not to shoot Zemo, he’s following his therapist’s second rule for making amends, which we heard about in Episode 1. 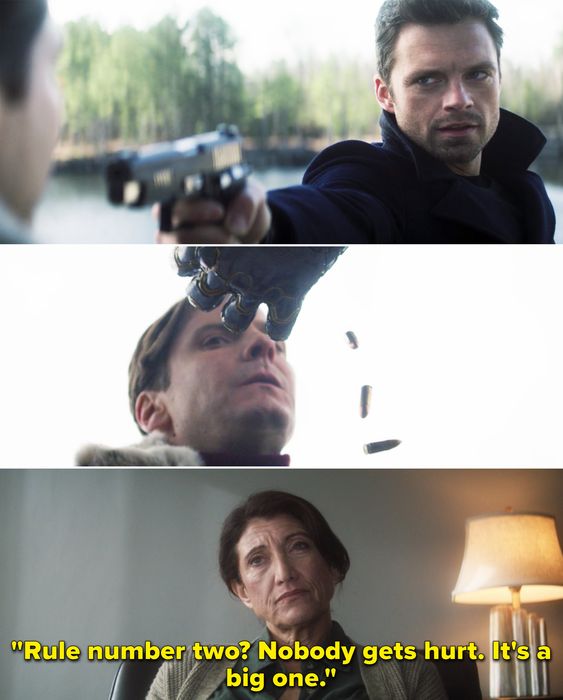