It feels lovely to say that MCU’s Phase 4 has officially begun. The first two episodes of WandaVision have aired, and people have loved them. Now, we’re going to get new MCU content almost every month of the year. After WandaVision, we’ve got The Falcon and the Winter Soldier. While WandaVision has these 25–30-minute episodes, The Falcon and the Winter Soldier will have 6 one-hour long episodes. It will be jam-packed with action. We’d follow Sam Wilson on his journey to become the next Captain America. 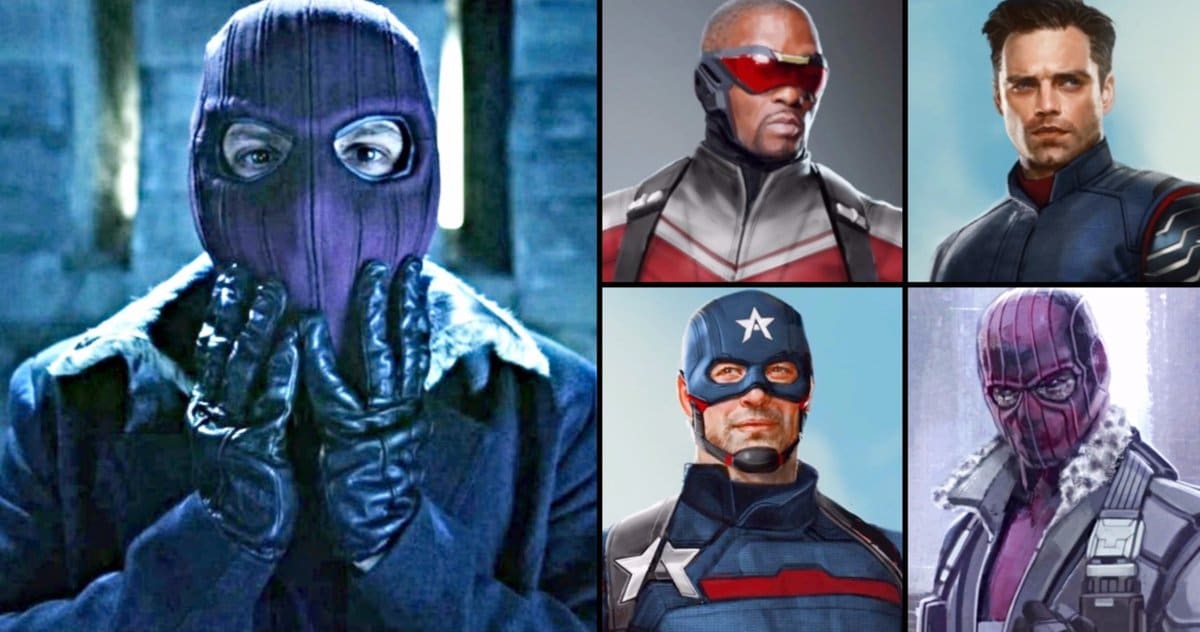 Steve Rogers chose Sam as his successor, but he won’t be Captain America right from the beginning. The US government will not accept him as Cap because he was a criminal of the Sokovia Accords. He was on the run along with Steve Rogers and Natasha Romanoff for two years between Captain America: Civil War and Avengers: Infinity War. So, the US cannot have a former “criminal” representing them. Instead, John Walker (Wyatt Russell) will be appointed as the new Cap. But, his position as the face of America won’t be permanent because Sam will surely take on the Captain America moniker in the show. How do we know this? Well, here’s the proof:

Sam’s Captain America suit has been leaked through this aforementioned merchandise. This was bound to happen as we are closing in on the series premiere. Merchandise leaks usually spoil certain aspects of superhero projects. But in the case of The Falcon and the Winter Soldier

, keeping Wilson’s turn into Captain America a secret was next to impossible. To be fair, it was kind of obvious. We would have loved it if the reveal happened within the series itself. But it’s okay that we’ve got the first look at the new Captain America suit, which looks absolutely stunning by the way.

Falcon will become Captain America, but will Bucky also get a new moniker? Last year, Sebastian Stan hinted that he’d become the White Wolf. This was a title that was set up back in Black Panther and Avengers: Infinity War. Since this series is about both Sam and Bucky, we should expect Bucky to get this new title as well. And with that comes a new suit for sure. It’d be amazing if Bucky gets a Vibranium suit from Wakanda.

What do you guys think about it? Should Bucky get a suit that signifies the White Wolf? And how did you find Sam Wilson’s new Captain America suit, with the wings and everything? Tell us in the comments down below.