“Even in the darkest times, hope cuts through. Hope is the light that lifts us out of darkness“. – Kingdom Come Superman.

As DC’s streaming service has been on the full loop of producing good quality animated movies, most of them attribute Batman.

We thought, why not have a look at these DC Animated films.

We all are well aware that the DC universe is a tremendous zest for the fans looking to consume thousands of different stories featuring some of the greatest heroes and villains ever created in DC comics’ history.

It’s been observed by fans that the service lacks quality or quantity when it comes to the comics.

Still, the same thing cannot be said for its index of films or series, with most of the DCAMU’s releases that are confined to HBO Max.

There are several notable absent titles such as Batman Beyond: Return of the Joker.

Well, DC Universe’s gaggle of animated movies is far from being extensive.

Be this as it may seem, the DC streaming service still has a decent selection of flicks waiting to be sat through.

So today, we at Animated Times thought why not have a look into some of the most finest DC animated movies that have been released and rank them accordingly.

Let’s hop in to see some of the best DC Universe’s animated movies released so far. 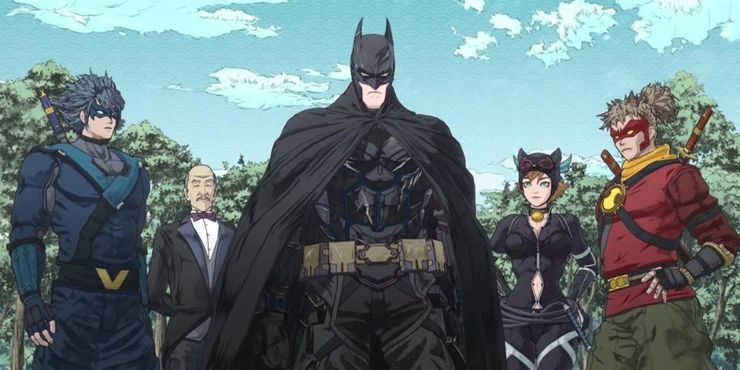 Well, the movie starts with Batman fighting Gorilla Grodd, who is terrorizing Gotham.

But suddenly, Grodd’s time displacement machine opens and sends the Dark Knight and his allies, along with Batman’s worst enemies, to feudal Japan.

Batman’s villains take over the forms of the feudal lords that rule this divided land, with Joker leading them.

As the Dark Knight’s high-tech weaponry had already vanished, he has to rely on his intellect and allies.

Including Catwoman and the extended Bat-family, to restore order to the land as a return to the present time. 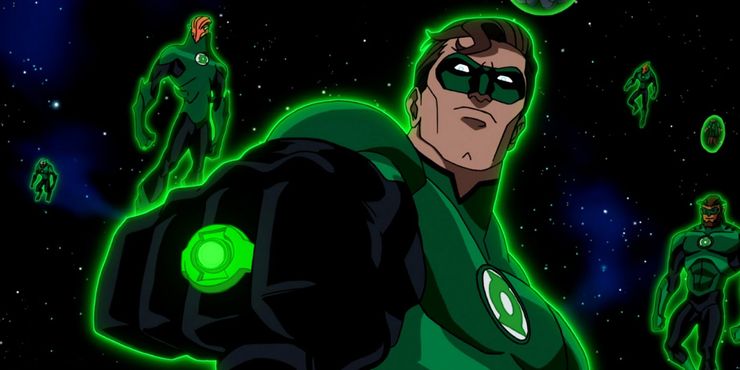 The story’s plot portrays that Oa, the home planet for the Green Lantern Corps, faces a battle with a primeval enemy Bolphunga the unrelenting, brutal warmonger.

To stop Bolphunga, Hal Jordan put together a new recruit named Arisia for the coming dispute by connecting with several other Lanterns and Alan Scott, the first Green Lantern. 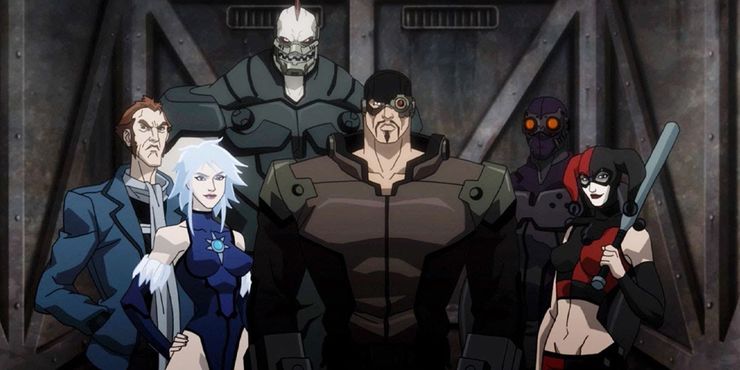 The plot of the story plays: The Riddler in Gotham City has some personal info on the top secret Task Force X that, as usual, he menace to make public. But before Amanda Waller can have the Riddler removed once and for all, he is captured by Batman. As the Riddler is imprisoned in the Arkham Asylum, Waller reedifies that the Suicide Squad with a mission invades the Arkham Asylum to recover Riddler’s information.

Led by Deadshot, the team makes their way into the provision to face problems from within the group.

Each member has a secret agenda and double-crosses all around.

Meanwhile, Batman is also trapped in his own concerns with an urgent search for a deadly bomb planted by Joker, threatening Gotham City. 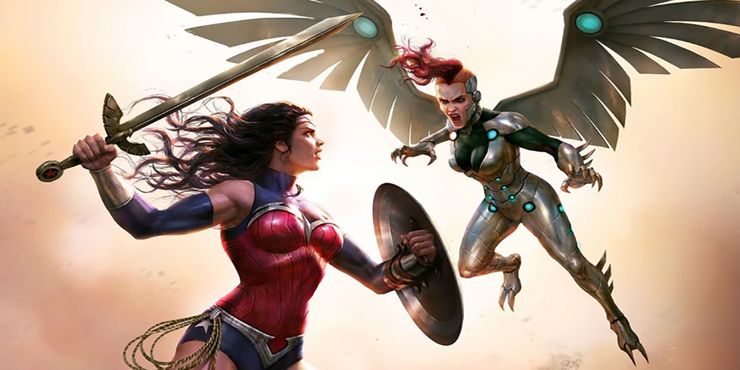 The movie showcases its viewers to witness the origin story of a prominent Justice League member the Diana Prince, aka Wonder Woman.

As she fights for good with her magic lasso and her sword.

With a healthy body, heart, and will, Diana makes it her mission to help and save a problematic young girl, Vanessa, recruited by a deadly organization known as the Villainy, Inc.

Whose members have an agenda to invade Themyscira Wonder Woman’s homeland.

Thus the battle will be epic as there is only one thing an amazon knows, and that’s war.

6. The Death Of Superman: 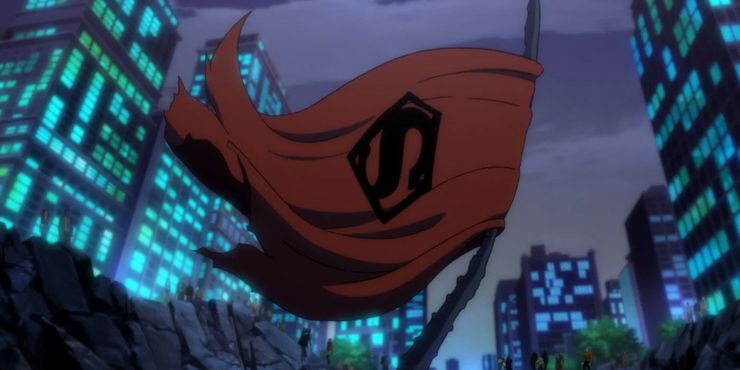 One of the saddest animated movies from the DC universe is the death of Superman.

The story displays Superman, along with the rest of the Justice League, is united to fight a threat that has come up.

As it’s becoming difficult for the rest of the Justice League members to fight Doomsday to stop him terrorizing the City.

Now it’s up to the Man of Steel to save the day as the two titans embark upon in the heart of the City Metropolis.

Eventually, Superman is able to defeat and kill Doomsday in combat but with the stiff price of getting himself killed by Doomsday.

Thus the story showcases the aftermath of Superman’s Death. 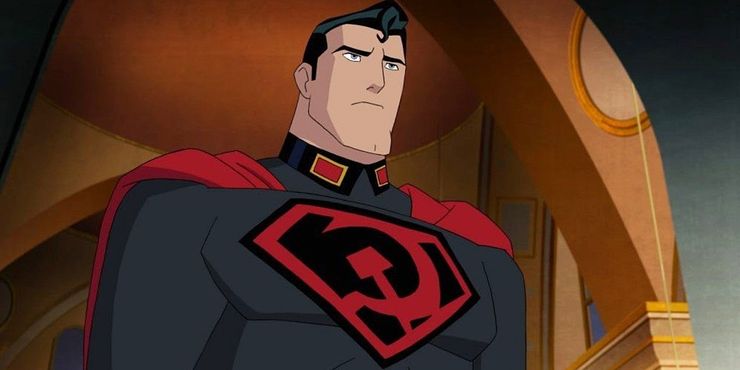 Imagine what would happen if the ship carrying baby Superman lands in Ukraine instead of landing in Kansas, and baby Kal-El isn’t group by the Kent’s but instead by the Soviet Union.

Thus this is the plot of the animated movie Superman: Red Son, where the Soviet Union reveals Superman in the world during 1953’s Cold War as a Soviet asset, causing great fear in the US, thus transferring the main focus of the Cold War arms race from nuclear weapons to the metahumans.

4. Batman: Under The Red Hood: 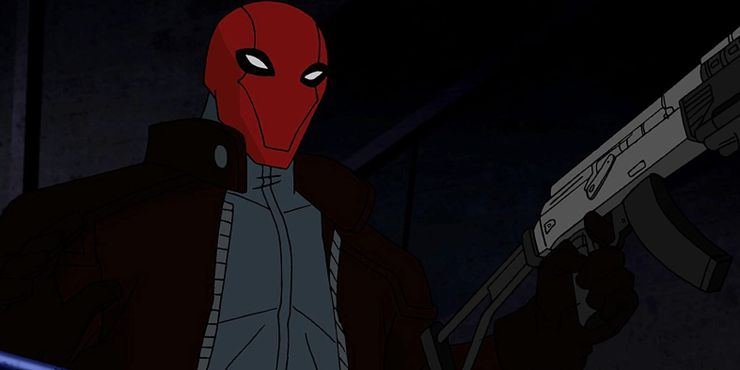 The story’s plot starts with a mystery circulating in Gotham City, as a satanic villain who goes by the name Red Hood has shown up in Gotham.

Thus Batman has to go toe-to-toe in order to fight this mysterious vigilante.

But to the audiences amaze Red Hood knows each and every move of the Dark Knight and thus takes over the City by firestorm.

Later in the movie, we see old wounds reopens, and once buried memories come into the light. 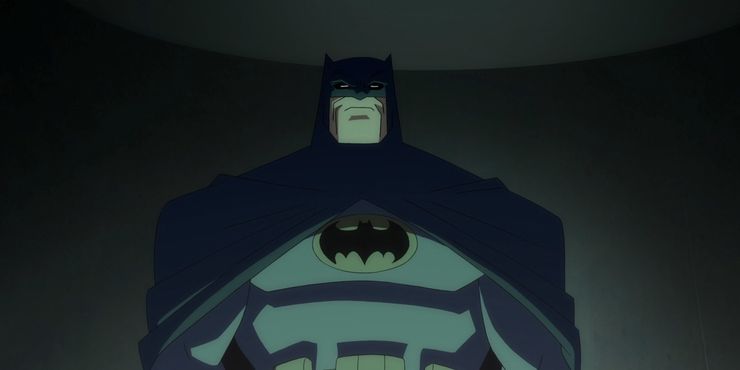 As the name of the movie suggests, it’s the return of Batman from his long exile.

So the plot of the stages that Batman has not been seen and virtually all the crime from Gotham City has vanished for almost ten years.

But eventually, a new breed of criminals has devastated Gotham, forcing 55-year-old Bruce Wayne to return back into the cape and cowl.

But does Bruce still has what it takes to save his City? 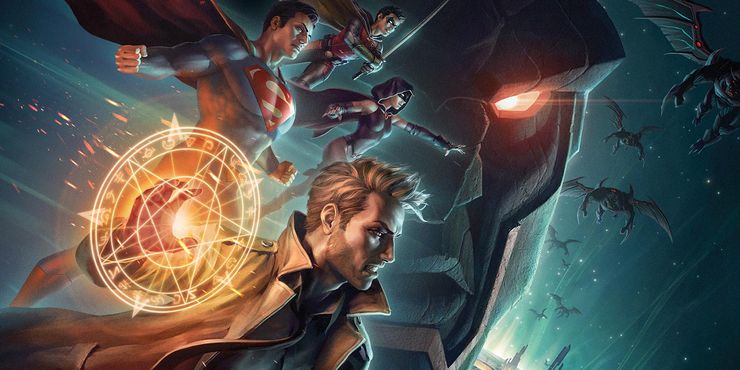 Well, Justice League Dark: Apokolips War is one of my favorite DC animated movie among these 10.

As it comprises more action, a bit of dark theme, some vigilante stuff with a lot of suspense.

So the storyline has been an imperfectly executed attack on Apokolips home place for many Dc superheroes.

But eventually, due to this attack, many superheroes die, resulting in Darkside victoriously conquering Earth.

Now it’s up to the remaining superheroes to regroup and fight the intergalactic tyrant in order to save Earth and get back their planet Apokolips.

1. Batman: Mask Of The Phantasm: 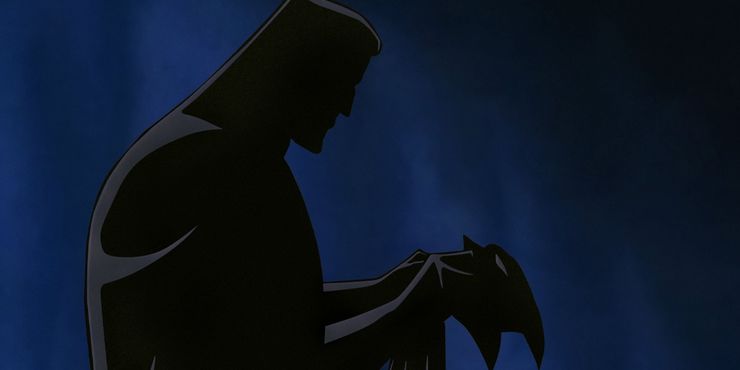 So in this animated movie that is set in the 1940s. The unsettled yet heroic Batman( voiced by Kevin Conroy) is scarred against a mysterious figure.

Who is killing Gotham City’s most dangerous criminals, and who many believe is the caped crusader himself?

Bruce Wayne, aka Batman’s alter ego, is about to get married to his love interest Andrea Beaumont (voiced by Dana Delany).

Who helps Bruce recover from his parent’s murder, meaning that his crime-fighting day may reckon.

So These are our top 10 picks of best Dc Animated Movies that we have ranked accordingly.
What are your thoughts on these movies?
Which of these have you already watched, or which ones are you going to after reading this article?
Do let us know in the comment section down below! Till then, for more saucily brewed content, keep reading Animated Times.