With the second and final big bad approaching in Season 7 of the Flash, the Flash team is about to tackle Godspeed correctly. Beginning in season 6, the Flash re-adjusted the structure of its main opponent. The Flash has always had 22 or 23 episodes per season since its inception. However, starting from the 6th season of The Flash, the format of the Arrowverse show has undergone some changes, with each half of each season as its main line. Bloodwork is the first villain in “Blood and Truth”, and Mirror Mistress made its debut in The Flash’s “Reflections and Lies”. After focusing on the “God Complex” of the new forces, the Flash will be completely focused on Godspeed as the main villain of Season 7. 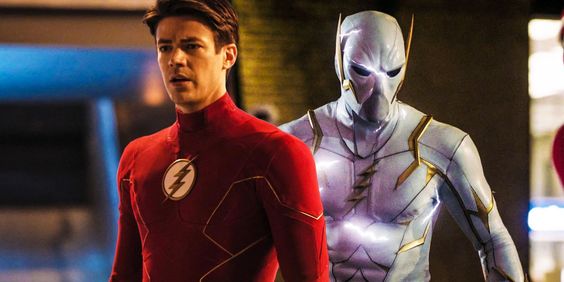 Although Godspeed entered the fifth season of the Flash, this is not necessarily the same iteration, especially after the Infinite Earth Crisis. Given that there are only four episodes left in Season 7 of The Flash, this will be the shortest but possibly the largest arc I have completed so far. Godspeed’s reappearance will be timed to coincide with The Flash’s 150th episode, “The Heart of Matter, Part 1.” Not only will the first half of the season come to a conclusion, but Bart Allen, better known as Impulse, will join the Arrowverse, and Jordan Fisher will portray Iris and Barry’s future son. Jessica Parker Kennedy will also play their daughter, Nora West-Allen (aka XS). Godspeed will be fought by the Flash family. So, how much do we know so far about The Flash’s Godspeed?

(A) The Flash’s Original Godspeed In Pre-Crisis Arrowverse: 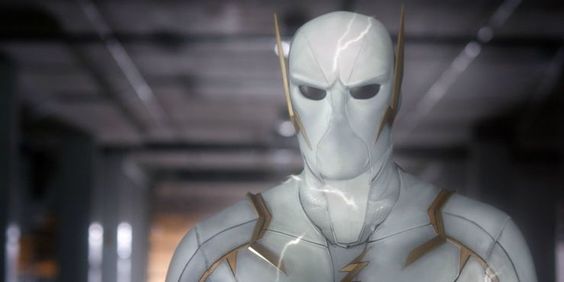 Godspeed debuted in the fifth season of The Flash, as part of the Nora 2049 storyline, which runs contrary to the books. August Heart was a good friend and coworker of Barry’s at CCPD until a Speed Force storm transformed him into Godspeed, according to DC mythology. In the August issue of Arrowverse, he was characterised as a technician who achieved speed by combining Velocity-9 with tachyons. August (supposedly) began sending Godspeed clones to 2019 to achieve the speed of the Flash, despite Nora’s timeline being changed at the end of the Flash season 5.

(B) The Flash’s Current Godspeed In Post-Crisis Arrowverse: 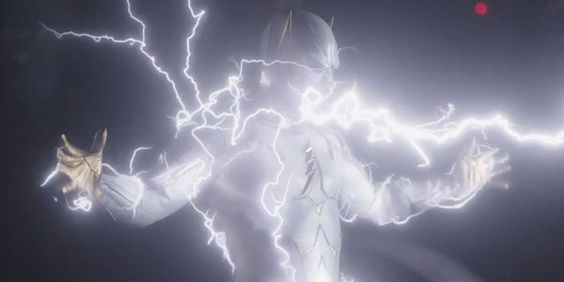 After the crisis on the infinite earth led to the birth of the earth’s prime time, the Godspeed timeline is still a mystery. After the five-part crossover, another clone appeared at the end of Season 6 of The Flash. Unlike other people, this Godspeed can speak, indicating that his master wants to reach an infinite speed. Although this is the official Godspeed setting, the Flash season 7 has not involved super villains so far, because the focus has been on Mirror Mistress and the New Forces. The only unofficial way they can establish Godspeed’s return may be by restoring the Speed Force, which is why Godspeed is only now beginning to resurface. It is not clear whether August is responsible for this, or if a new villain will match the bridge. The Flash’s season 7 will feature the real Godspeed, according to show host Eric Wallace, without revealing whether there will be the old August post crisis or there will be a brand new player. Since the new version of “Godspeed” has not officially announced the cast, the person under the mask is likely to be recognized by the fans. No matter who becomes the real Godspeed, it will be exciting to see the Flash in season 7 finally contend with the mysterious Godspeed enemy after nearly two seasons of build-up.

Thus, this is all what we know about Godspeed and this is everything that fans need to know about Godspeed from the CW’s Flash. Let’s see what this Godspeed arch has to give to the flash fans. Godspeed will make an appearance in the upcoming episode of The Flash Season 7 Episode 15, titled “Enemy at the Gates.” Till then keep telling us your theories about Godspeed and how team Flash and the flash family are going to defeat Godspeed in the comment section down below. Until then, keep on reading Animated Times, the perfect place to get a closer look at the entertainment industry, upcoming movies, TV series, celebrity gossip, and much more. We’ll have you covered. So keep reading animated times, guys, for more.