The Flash got a comeback request from none other than its previous popular character Ronnie Raymond played by Robbie Amell. Amell is the cousin of the well known Arrow star Stephen Amell. Robbie Amell is starring currently in a science fiction which initially started off as a short film, Code 8.
Amell has shown keen interest in returning back to be a part of The Flash after a small stint back in the days. 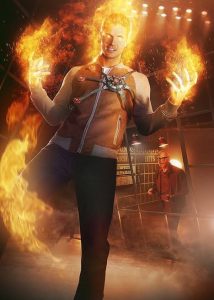 What Amell had to say

The now Code 8 star was quoted as saying “Oh, yeah. Anytime that they want me to and I’m available, I’m there,” Amell said. “I love everyone on that show. Danielle is the sweetest. Everybody on that show is like family. It was nice to be able to be there, in the beginning, when they first started. It’s tough. There’s a lot of stories to tell and a lot of characters to give their time. If it ever does work out, I’d love to go back, but I also don’t want to step on any toes. So many people there have earned their opportunities to have some great storylines. I think it would probably just be something small, but I would love it.” 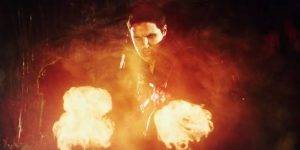 A peek into the story of Amell’s character

Let us look at the brief history of the character Amell played in The Flash. He was one of the lab engineers at STAR Lab and was presumed to be dead as an aftermath of the explosion of the particle reactor in the series. This followed his transformation into an entity called the Firestorm. The character gets a redemption, gets married but the happiness becomes shortlived when he dies in one of the crazy stunts which end up saving the Central City. 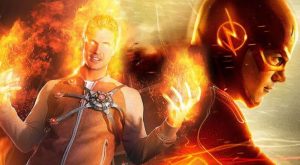 Issues to be taken care of

Amell wishes for a role in The Flash, it may be small but he wishes to be a part of the series in some way or the other. Certain date issues might arise which might clash with his current projects in Code 8, but he is open for consideration from the directors and writers and looks forward to any leads possible.