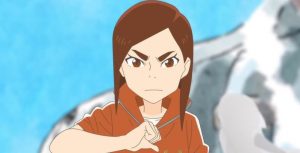 The story in a nutshell

The first four minutes of Keep Your Hands Off Eizouken!‘s seventh episode serve as a summarised origin story for Tsubame Mizusaki. In a handful of flashbacks, we learn that the Eizouken’s master animator was obsessed with observing movement and capturing it through art at a young age. We already know her dad is trying to keep her on a strict career path to becoming an actress, but her wealthy parents were otherwise very off-track in raising her. She was much closer to her grandmother, and even used her movement studies to help her grandma walk. 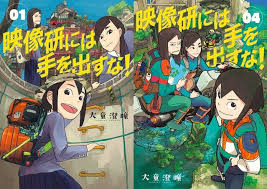 The rest of the episode is lighter on plot development than previous installments, mainly making small progressions from previous weeks episodes. Domeki starts figuring out what sound effects the film needs. The Robot Club performs the over-dramatic voice acting. And the Art Club turns out to be even degraded at following instructions on the background art than Asakusa is at giving them.

And at last the unanswered question trails behind that just because her work is ‘good enough’ , she shouldn’t try harder should it ?