Back in the early 2000s, Dimension Films had  almost produced a Halloween and Hellraiser crossover movie putting Michael Myers against Pinhead. In a world where A Nightmare on Elm Street‘s Freddy Krueger and Friday the 13th‘s Jason Voorhees have duked it out onscreen, and Godzilla and King Kong are now headed towards their second theatrical battle, it’s not too surprising that Hollywood would now want to match up another iconic pair of movie monsters. Michael Myers and Pinhead are certainly both horror heavyweights, and are both boast large fanbases.

On the other hand, it’s a bit hard to imagine how Michael Myers would hope to battle Pinhead, who (at least usually) fights with the entire force of Hell behind him. Depending on the movie, Michael Myers isn’t even supernatural, and is just supposed to be an exceedingly durable human serial killer. Still, a dream stalker and a summer camp slasher didn’t really seem like a natural pairing either, and that worked out pretty well.

Alas, horror fans never got to see what explanation a screenwriter could’ve invented to explain Michael and Pinhead fighting on an even footing, as such a crossover never got made. It turns out, though, that a project of that nature was indeed firmly on the radar at one point. 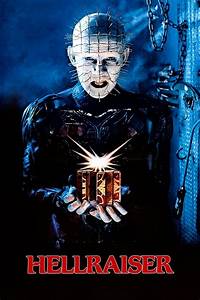 and Hellraiser, but controlled them decades – wanted to make a Michael Myers vs. Pinhead movie happen had circulated for years, comments made by original Pinhead actor Doug Bradley in 2016 shed new light on the topic. As revealed by Bradley, Dimension had rejected two proposed scripts for an idea some fans have dubbed “Helloween” in 2002, the year before Freddy vs. Jason was released. Dimension executives apparently didn’t think the concept of blending the two franchises would work, and also predicted failure for Freddy vs. Jason.

When Freddy vs. Jason instead proved to be a massive hit, Dimension Films approached Bradley about starring as Pinhead in a Halloween and Hellraiser crossover, and the actor says he had a few conversations on the subject. Even more interestingly, Bradley says he discussed the potential project with Hellraiser creator Clive Barker, who was tentatively planning to write the script. Bradley also says he heard scuttlebutt at the time that Halloween creator John Carpenter might direct. Obviously, the Helloween crossover never progressed beyond the development stage, and according to Bradley, this was due to Halloween producers the Akkad family not being onboard with the idea.