Green Lantern has been a major name in the superhero business of DC Universe since its inception. A man with a ring that will powered by energy stored in a battery that looks like a lantern. And the wearer of the ring can create anything out of it, as long as they can imagine it. 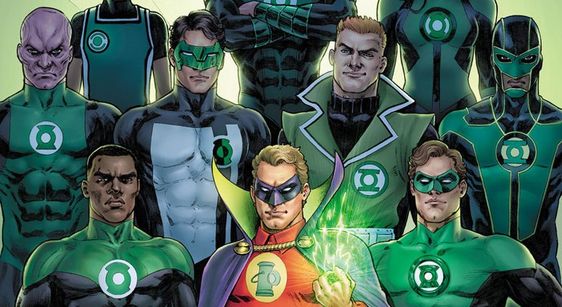 As far as superheroes go, this power was more out there than most. Where Superman was the can all, do all kind of hero, Batman the greatest detective, Aquaman the king of the ocean and Wonder Woman an Amazon princess, Green Lantern’s power was (and still is) the most interesting .

As Martin Nodell, the creater of Green Lantern said – “I picked out the name from the train man on the tracks who was waving a lantern, going from red to green. Green meant go and I decided that was it. Then I needed a colorful and interesting costume. I was interested in Greek mythology and so the costume took on elements of that. It just all fell into place.” 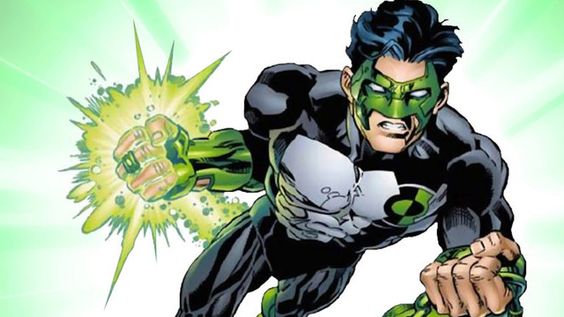 Since the creation of Green Lantern in the 1940s to now, the character has gone through many changes. This is how the history evolved. 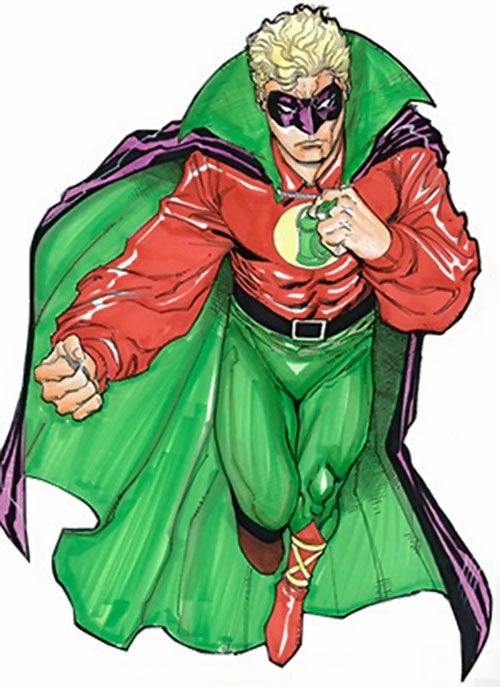 The OG Green Lantern created by Martin Nodell was named Alan Scott, who first appeared in the 1940 comics issue All American Comics #16. Vastly different from the Green Lanterns to follow, Scott wore a red shirt and a purple cape. And even his ring is not alien technology like that of his successors, but an ancient magical artefact.

Green Lantern soon got its own title issues and became a member of the Justice Society of America in the All Star Comics. But like most Golden Age storylines, the character of Alan Scott retired in the 1950s, although he got to make a few appearances since then. 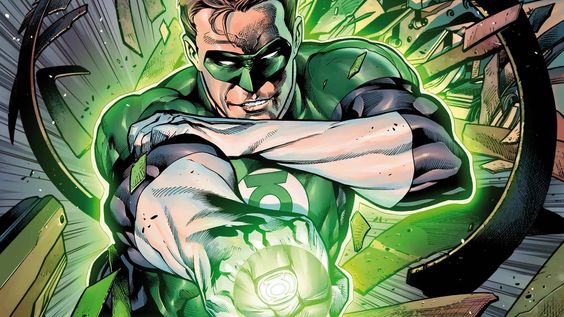 Writer John Broome introduced the Green Lantern Corps for the first time and with it came the story of the ring, the battery and an intergalactic team of space heroes with that really cool uniform. And along with Jordan, many other Lantern corps members including Kilowog also got introduced. 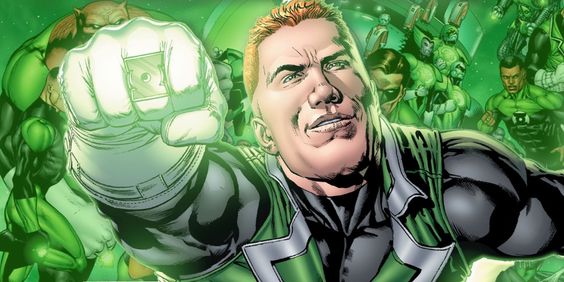 The next Green Lantern introduced to the comics scene was Guy Gardner, who came into the scene in 1968 with the Green Lantern 59 issue. Guy was “just a good as Hal,” which unfortunately didn’t do the character much good, as in a way, it lacked individuality. But in the 1980s, Joe Staton and Steve Englehart revamped the character and gave him a completely new personality.

Over the years Guy Gardner became a complex character, shedding the persona of the “nice guy” but was as much a hero as the rest. During the 80s, Guy became the main Green Lantern for the Justice League and has had many adventures with the team. 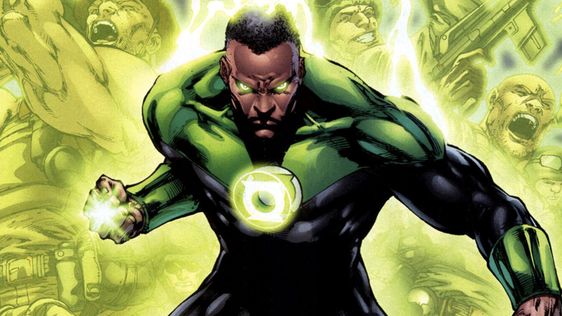 In 1971, another Green Lantern character by the name of John Stewart was introduced through Green Lantern 87. Dennis O’Neil and Neal Adams created the first black superhero for the DC universe. When Hal quit the Lantern Corps in 1984, John Stewart became the primary Green Lantern from Earth, and devoted his whole life to the Corps.

Stewart went on to become the face of Green Lantern when DC stared their animation shows in Cartoon Network in 2001. Instead of Hal Jordan or Guy Gardner, they chose to go with John Stewart, which increased the character’s popularity as well as prominence among the audiences. 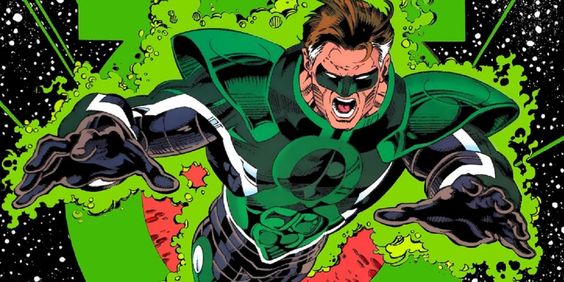 The 1990s was a time of change for the DC Comics. Superman dies at the hands of Doomsday, Bruce Wayne got his back broken by Bane and the mantle of Batman went to the savage Azrael. And the question arose – how to depict this upheaval through the story of the Green Lantern. The answer came in the way of making Hal Jordan the ultimate villain named Parallax.

In 1998, we see Coast City destroyed in Green Lantern 48, and Hal destroys the Green Lantern Corps while seeking power to restore the city and its inhabitants.  After absorbing the power of almost the whole Lantern Corps, he becomes Parallax who served as villain for many years. 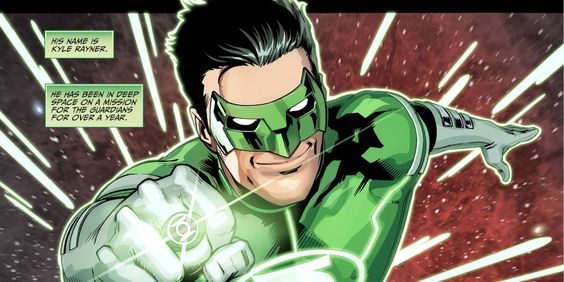 After Hal Jordan destroyed the Green Lantern Corps, one ring somehow I salvaged and find its way to Earth, and a man named Kyle Ryner. Creators Ron Marz and Daryl Banks developed the character of Ryner who is an artist, and thus has more creative aspect when it comes to using the ring. He remained the only Green Lantern for almost a decade without a Corps or Guardians.

With time the other Green Lanterns returned, which somehow three the dynamics of the character off. He was no longer the only Green Lantern and the story had to accommodate to that. In 2015, the character became part of a group of freedom fighters in space in the series Omega Men. 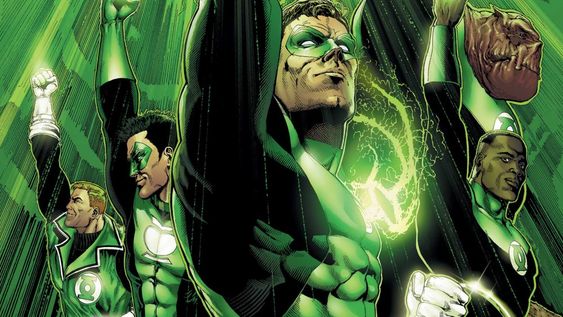 Although the character of Parallax sacrificed himself in the “Final Night” crossover to reignite Earth’s sun, in 2004, DC brought back the class Green Lantern storyline though Green Lantern: Rebirth. Hal Jordan who had taken up the mantle of Spectre – a very powerful ghostly hero after the sacrifice, gets a corporeal body as well as the ring as a “second chance”.

They explain the events of Parallax, saying Hal was infected by an alien entity that feeds of fear and possessed Hal into killing the Corps and Guardians. With Rebirth, Hal Jordan, guy Gardner, John Stewart and Kyle Rayner all served as Green Lantern of Earth. 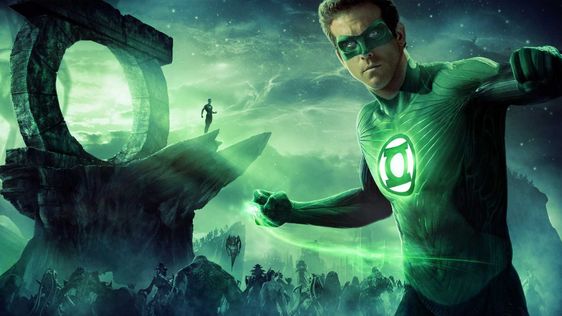 The Ryan Reynolds starrer 2011 movie titled Green Lantern had high hopes. Unfortunately, the movie bombed on the box office. Completely! Along with Reynolds, the movie had Mark Storng as Sinestro, Peter Sarsgaard as Hector Hammond. Although Hammond played the primary villain for the movie, Parallax could be seen in the background, plotting his trap.

The only good thing the movie was able to achieve was probably take credit for getting Ryan Reynolds and Blake Lively together, who played Hal Jordan’s love interest – Carol Ferris. Unfortunately, the movie did so bad, that DC is still trying to decide to how to integrate the character of Green Lantern into the DCEU. 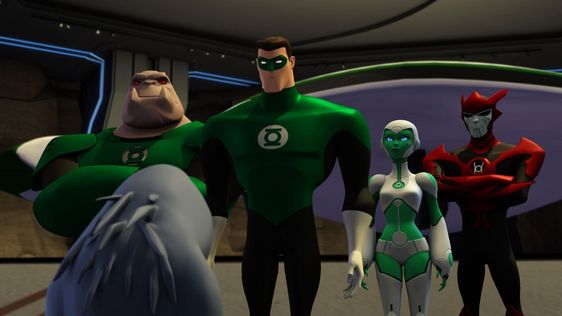 The failure of the Green Lantern movie heavily affected the animated series. Green Lantern: The Animated Series was in the middle of production when the movie was released, and due to its failure in achieving anything positive, the sales of anything Green Lantern related was really low. The character of Hal Jordan, along with Kilowog, Aya the android, and a Red Lantern named Razor could not save the show.

Although the show had a new look, what with using graphics instead of 2D animation like the previous shows, it was cancelled after the first season. 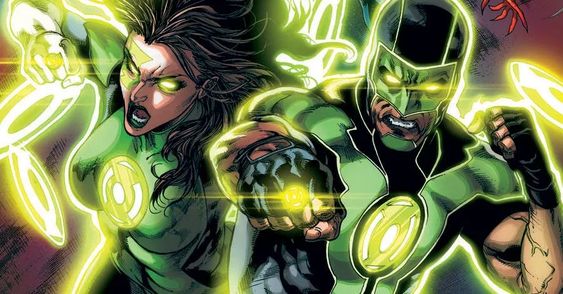 The character of Simon Baz came into the comic scene with first a Free Comic Book Day special, and then in Green Lantern #0.  Creators Goeff Johns and Doug Mahnke, Baz is a former car thief who was wrongly arrested for terrorism (probably because of his heritage as a Lebanese-American Muslim). He soon becomes the next Green Lantern from Earth.

The year after, saw the introduction of Jessica Cruz into the foray in Justice League #20. A Latina who suffers from PTSD and anxiety, she was even part of the DC animated movie Justice League vs. the Fatal Five and can now also be seen is DC Super Hero Girls. Cruz and Baz often work as partners and have helped out the Justice League a number of times.