Early reviews are here for Disney’s The Lion King remake. The studio’s latest reboot of one of its animated classics differs from those that’ve come before in the sense that it’s not actually a live-action feature, but rather a photorealistic CGI re-imagining of the original version. 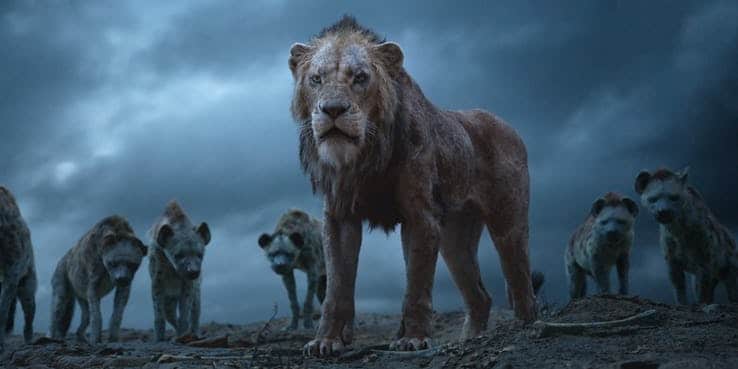 Directed by Jon Favreau, The Lion King evolves the digital technology that Favreau used on The Jungle Book (2016) in order to bring the Pride Lands and its nonhuman inhabitants to convincingly authentic life. Early social media reactions (which were posted after its world premiere on Tuesday night) have praised the movie for its stunning visuals, as well as the voice work by a star-studded cast that includes Donald Glover, Chiwetel Ejiofor, Seth Rogen, and Beyoncé Knowles-Carter. But at the same time, the film has been criticized for featuring believable yet inexpressive characters and failing to bring anything new to the table, storytelling-wise.

Some spoiler-free excerpts from the initial wave of reviews

Critics are now weighing in with their own thoughts, after The Lion King review embargo dropped this morning. Read on for some spoiler-free excerpts from the initial wave of reviews.

Ultimately, The Lion King is only as good as it is because it’s working off the excellent 1994 animated version; the story, much of the script and the majority of the music all come from Disney’s previous film. The studio and Favreau put a more realistic spin on the animal characters, but the difference isn’t necessarily better. It’s simply a different style that has its own advantages, as with the stunning CGI animals, and disadvantages, like the restrictions of reality taking away some of the magic of the premise.

This film, perhaps more than any of Disney’s previous live-action adaptations, stands in the long shadow of the source material. While The Lion King isn’t a shot-for-shot remake, and takes interesting liberties here and there, most of the film feels like little more than a cover of the original. Dialogue, shots and scenes are recreated, more for the sake of appearance than for storytelling. It’s not wholly fair to compare this movie to the original, but it’s unavoidable. 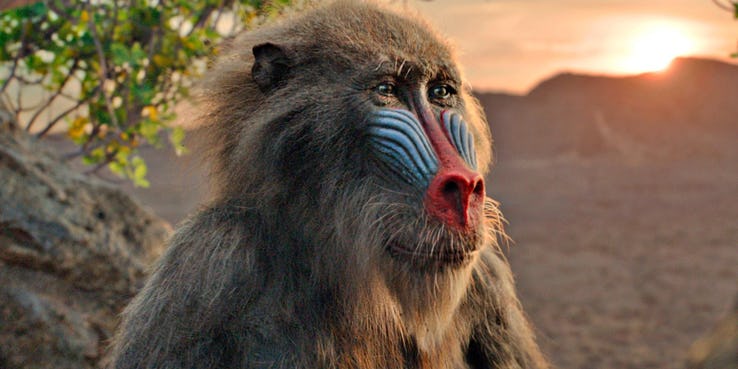 Disney delivers their most successful remake yet. A strong cast, outstanding visuals, and the classic animal-centric take on Hamlet make this infinitely more watchable than some of the studio’s previous retellings. The only issue here is that The Lion King is a beat-for-beat adaptation that will make even the coldest hearts warm with nostalgia but could potentially disappoint those looking for a new take on the iconic story.

[After] the initial fascination and moments of enchantment in watching the extraordinarily life-like animals talking and relating to one another as human beings do, you begin to get used to it to the extent that it’s no longer surprising, which in turn allows the familiarity of it all to begin flooding in. The film’s aesthetic caution and predictability begin to wear down on the entire enterprise in the second half; the original animated Lion King ran 88 minutes, while this one lasts two hours. You can feel the difference.

If the film feels a little airless for all that open space, maybe it’s because the movie’s CG is so elaborately, meticulously made that it doesn’t leave much room for the spark of spontaneity. The story and the songs, with a few notable if hardly unexpected updates, are fondly faithful to the original; the magic mostly intact. Another reboot was never terribly necessary, maybe – but it’s good, still, to be King. 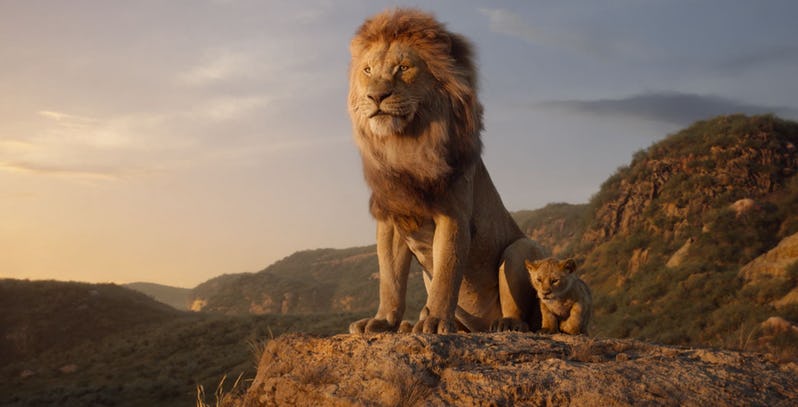 This is no lazy cash grab. It’s a lovingly envisioned, lavishly produced, and painstakingly crafted cash grab. And it’s not much more than that. It tries to be, I suppose. The remake runs about half an hour longer than usual, to let beloved scenes linger longer than they used to… Yet none of this amounts to anything fresh or new or vital. The remake doesn’t deepen our understanding of these characters, or this story, or this world, in any significant way.

[Favreau’s] most important responsibility in overseeing the remake was simply not to mess it up. Which he doesn’t. Then again, nor does he bring the kind of visionary new take to the material that Julie Taymor added when staging the Broadway musical. That makes Favreau’s “The Lion King” an undeniably impressive, but incredibly safe entry to the catalog – one whose greatest accomplishment may not be technical (which is not to diminish the incredible work required to make talking animals look believable), but in perfecting the performances.

The filmmakers spared no expense to turn this story about anthropomorphic animals, conservationism and regicide into a photo-realistic animated feature, with animals so painstakingly rendered that one could… confuse them for the real thing. It’s an impressive technical achievement, but as detailed as the imagery is, it’s anything but “realistic,” because real animals don’t talk, they don’t sing, nor do they make funny pop-culture references. This distinction isn’t just academic; it’s integral to understanding the fundamental irony of the production.

What the reviewers have to say? 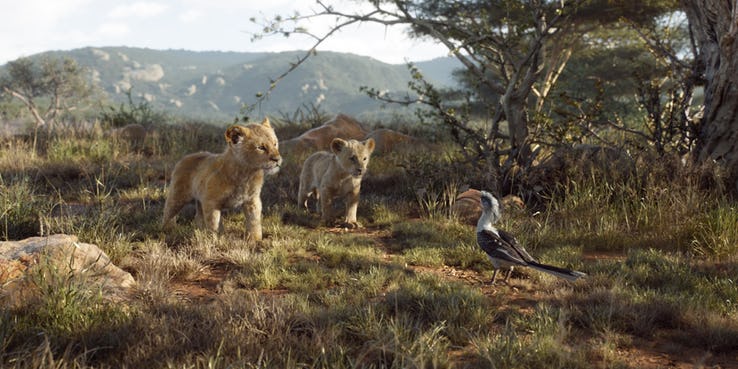 Judging by the reviews so far, most critics agree that The Lion King‘s CGI visuals are beautifully detailed, and that the actual film is worth checking out on the big screen (possibly even IMAX) for the eye candy alone. Problem is, because the lifelike characters in the remake can’t emote the same way that their animated predecessors could, the movie rings emotionally hollow. It also sounds like the script by Jeff Nathanson (Pirates of the Caribbean: Dead Men Tell No Tales) is simply too reverent to the original movie, and fails to update its narrative or themes in interesting ways that would justify remaking The Lion King from a creative perspective, rather than a financial one.

Still, from a technical perspective, it seems that The Lion King is something of a ground-breaker. Critics further appear to agree that the film’s cast deliver strong vocal performances all around and partially make up for the animals’ lack of human expressiveness. That said, it sounds like the movie’s attempt to infuse the original Lion King‘s settings, characters, and musical numbers with greater realism doesn’t work and results in a remake that (mostly) gets by on nostalgia, but lacks the animated movie’s sense of enchantment. It’s the same general criticism that’s been raised of most of Disney’s live-action retellings to date – though, based on the box office returns, audiences don’t seem to mind too much. We’ll see if that remains the case for The Lion King when it arrives next week.