So far, The Mandalorian has been about a franchise saving Bounty Hunter that never takes his helmet off, and his cuddly little green child, who is of the same alien race as Yoda. Because Jon Favreau and co spent 13 chapters to reveal his name, people just started to call the kid Baby Yoda. Anyway, Grogu is solely responsible for making us smile throughout every episode. But there are instances where he actually makes us laugh with his innocence and cuteness. One such instance came when he stole a packet of “space macarons” from a fellow kid in class. 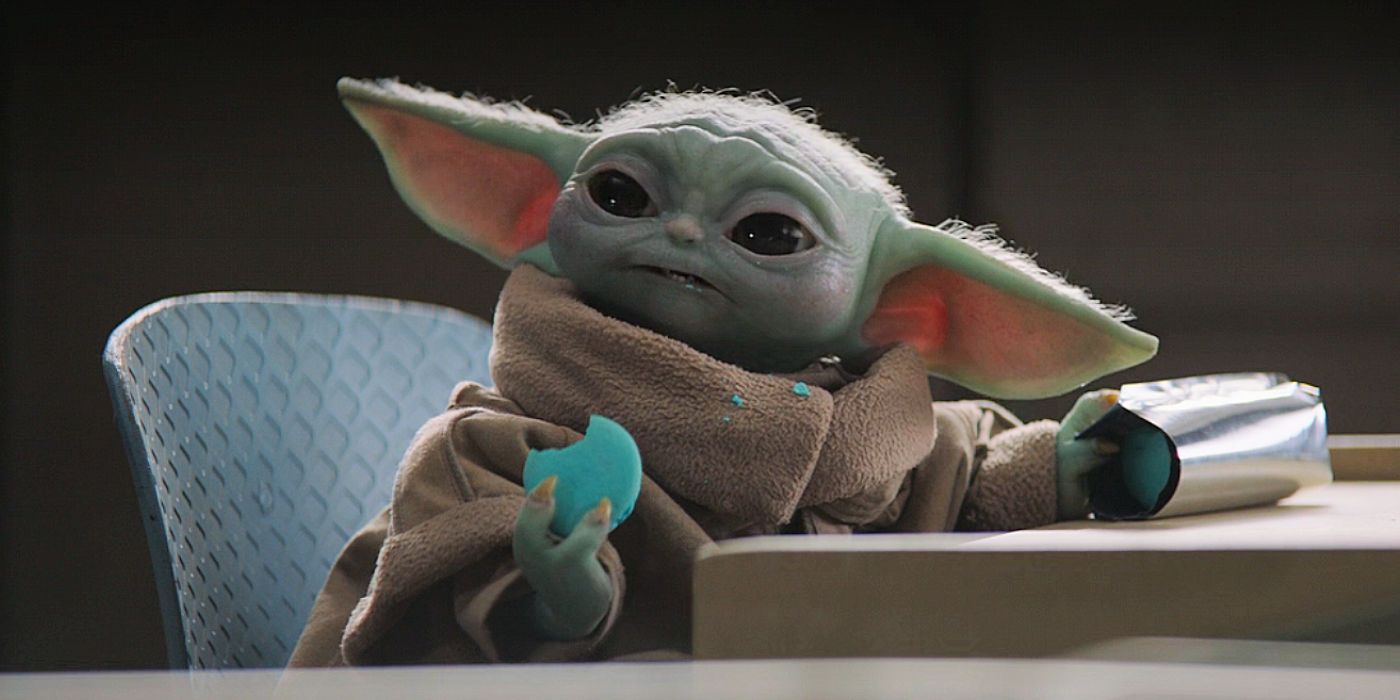 Gorgu is a hungry little 50-year-old kid! His egg consumption made fans angry for some reason. But, when people saw him eating a bunch of blue Macarons, they couldn’t keep their eyes off of him. It’d be fair to say that “blue” was the theme of Chapter 12: The Siege. There just a whole lot of blue color spotted in the episode, ranging from the infamous “Blue Jeans Guy” (who was removed later) to Mythrol, to the blue cookies that Grogu was devouring. 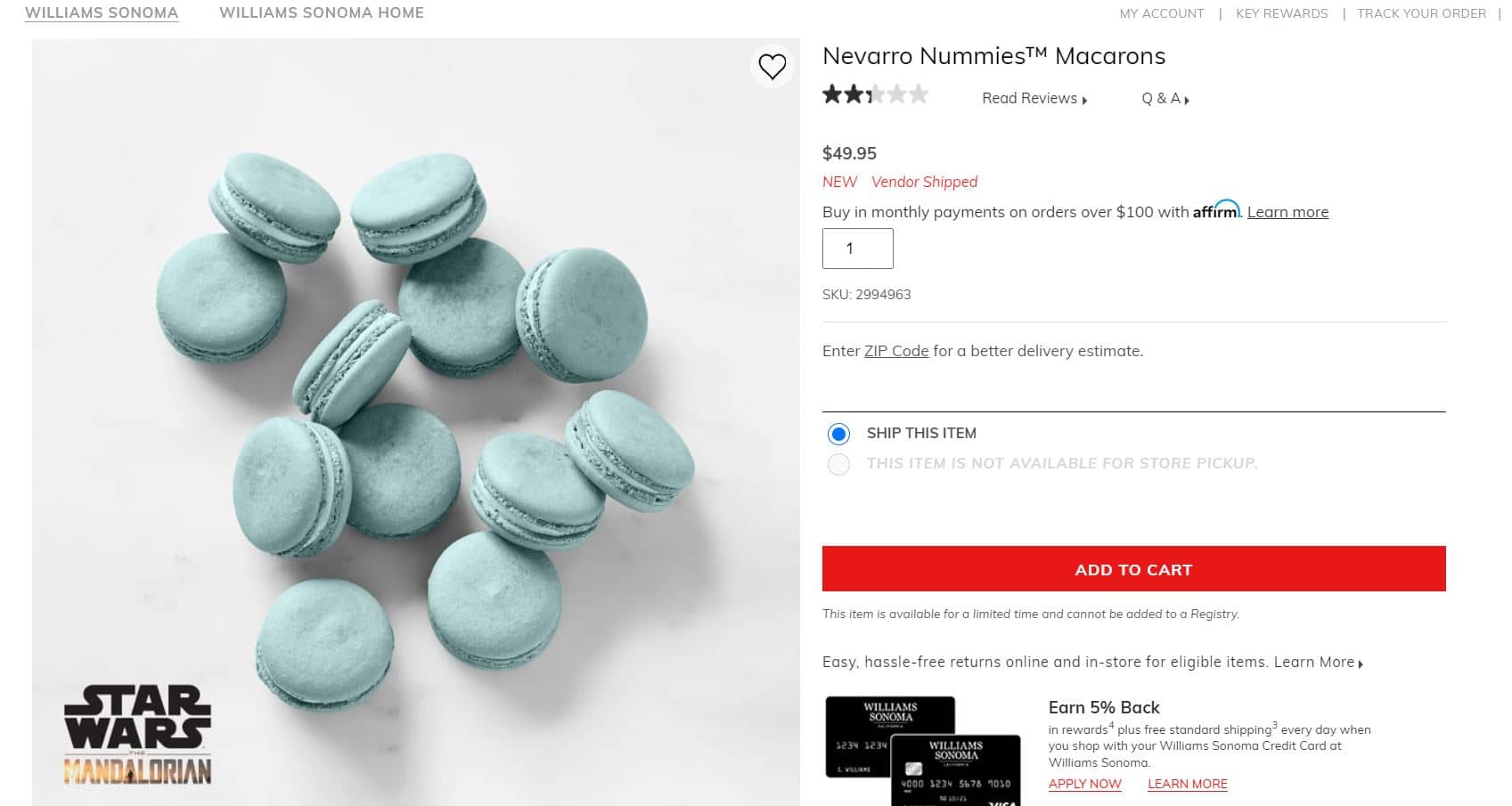 It is apparent that The Mandalorian really is a “merchandise selling” machine! Life side Baby Yoda figures

, Mando’s action figures, toys, clothes, etc. Literally anything you see in the show can be bought in real life. And if you also felt as hungry as Grogu and me after seeing those blue Macarons, then you could get yourself a pack of these “Nevarro Nummies” Macarons from  Williams Sonoma. They’re selling a box of 12 cookies for $49.45. That’s a little expensive, but they certainly might be worth a try! 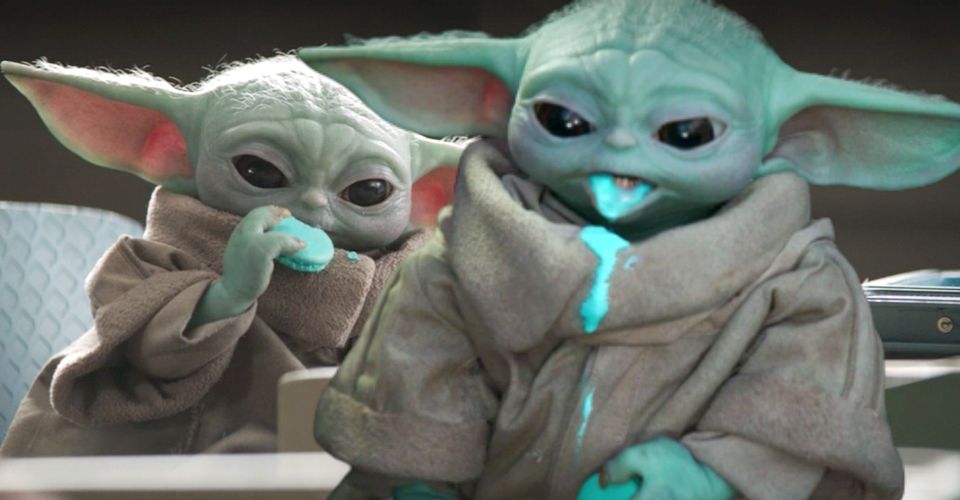 Just keep one thing in mind while you eat these yummy looking Nummies – Don’t go crazy on them like Grogu did, or else you might be puking a lot of blue as well. IRL, these macarons are made from Almond flour, powdered sugar, egg whites, granulated sugar, cream of tartar, sustainable palm shortening, cornstarch and natural vanilla flavoring. But in the show, we’re pretty certain that these cookies would be made with the blue milk of a bantha.

Also, I know that I kept writing Grogu without a Spoiler Warning. So, I’m sorry if you’ve not seen Chapter 15 yet. But, what have you been doing till now? Go watch it already!!