After Disney acquired Lucasfilm and de-canonized the Expanded Star wars Universe, the graphic novels brought forth a revelation. The legendary bounty hunter Boba Fett was alive and kicking. Boba Fett had not died in the Sarlacc Pit like the movies originally led us to believe. Boba Fett then went on many such adventures in the comic books. When Disney announced they are making a live action series based off of the Star Wars universe, many believed the Mandalorian was supposed to be Boba Fett, and not Pedro Pascal’s Din Djarin. The galactic bounty hunter makes his official return to canon Star Wars franchise with The Mandalorian Season 2 premiere.

But how did that happen? What are we missing here? How did Boba Fett survive the mighty Sarlacc? 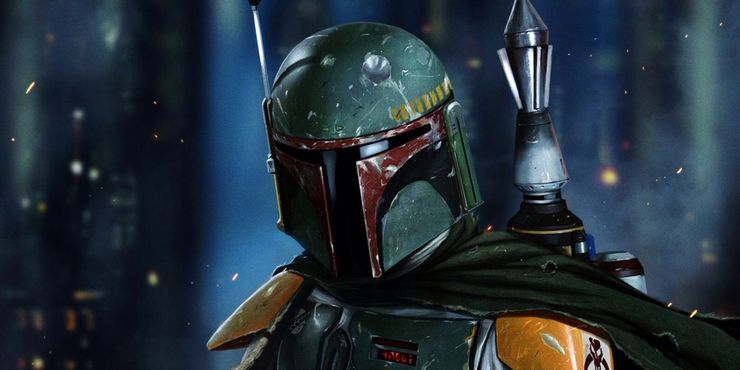 How Did He Escape the Sarlacc Pit in Star Wars: Legends 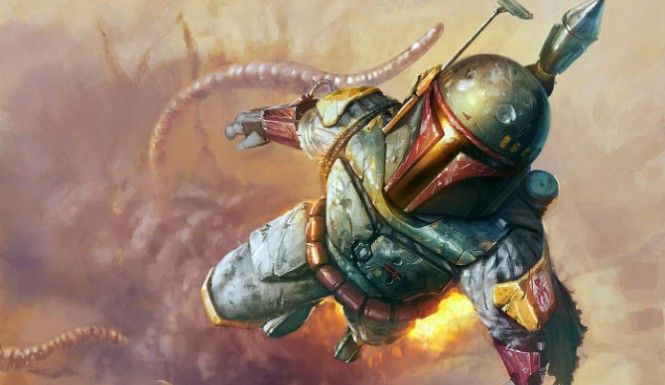 In J.D Montgomery’s A Barve Like That: The Tale of Boba Fett, we get to see how the bounty hunter escaped from the legendary creature. Right after being ingested, the Sarlacc’s digestive system destroys his Beskar armor. Boba Fett soon finds himself telepathically linked to the Sarlacc’s past victims. The Sarlacc’s first victim – Susejo, has a level of control over the creature. With Susejo’s help, Boba forces the creature to let his guard down and uses his rocket pack and a set of grenades to blast his way out of it. 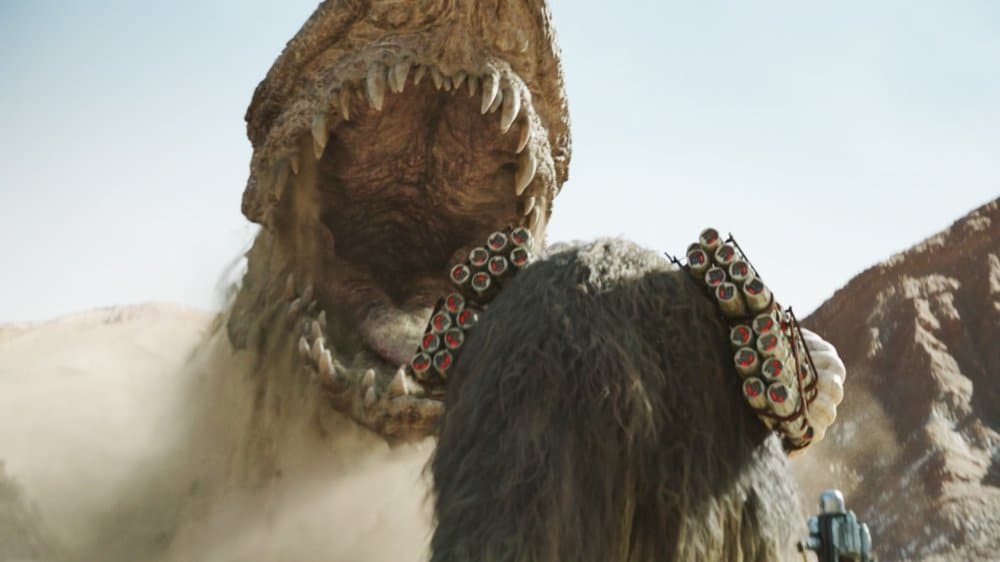 In the Star Wars novels. Jaba the Hutt’s Sail Barge explosion lethally injured the Sarlacc. That would have left it exposed to an open raid by the Jawas, that would have stripped the creature’s belly dry. There’s one more likelier scenario. The Sarlacc takes years to fully digest anything it eats. The chances of the creature eating only Boba Fett’s body and not his armor are very low. This means Boba Fett did manage to escape the creature. Since the armor shows very little acid damage, we have to assume Fett did escape its belly. 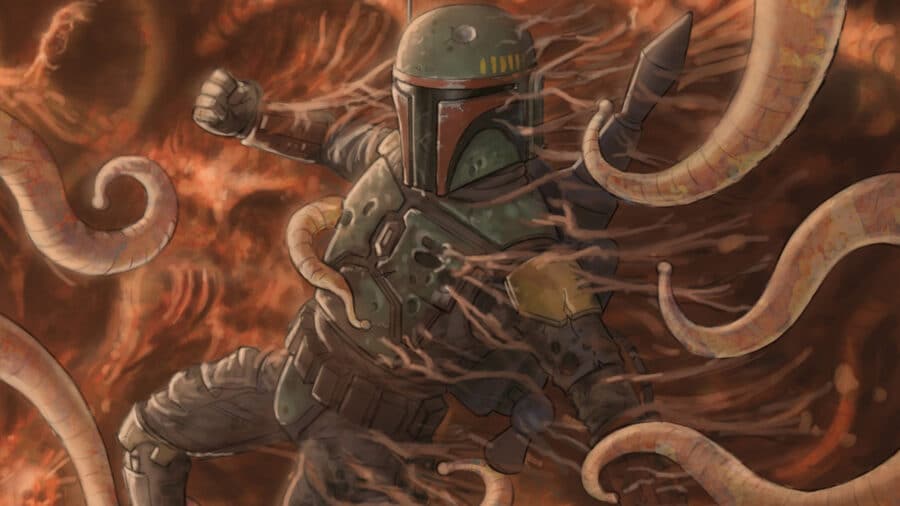 Right after the Mandalorian, Vanth (Timothy Olyphant), and the Sand People kill the Krayt Dragon, a mysterious cloaked figure could be seen observing the group for a distance. When the figure turns its head, we see multiple scars on the man’s face. There are new weapons and a totally new get-up for what we clearly believe is Boba Fett without the Mandalorian armor.

There is one more possibility. It is commented in the episode that a Krayt Dragon is capable of killing and devouring a Sarlacc. Maybe the Krayt Dragon that Din Djarin killed was the same one that indirectly saved Boba Fett from being digested. The Kray Dragon in question was the one that helped Boba Fett steer clear of certain doom.

What Boba Fett’s Return Means For The Mandalorian Season 2 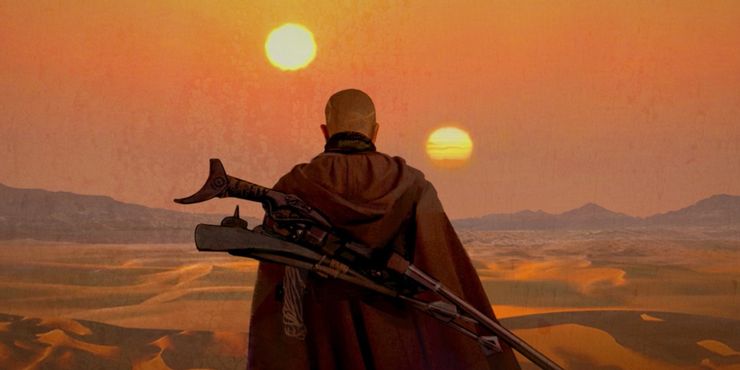 Din Djarin is currently on the look out for other Mandalorians that could tell him a thing or two about the mysterious “Order of Sorcerers” the Armorer referred to. Boba Fett has fought the Jedi and is the one to talk to if Din Djarin wants to know more about the species Baby Yoda hails from. Boba Fett would clearly want his armor back. But considering how fiercely loyal Din is to the Mandalorian Code, there might be a potential conflict between the two. Boba Fett and Din Djarin are all but confirmed to encounter each other in the subsequent episodes of The Mandalorian Season 2. It is going to be an epic ride. It is good that the series is trying to touch upon the legacy characters form the original trilogy. Great things await for fans of the Star Wars universe. If we were you, we would be looking forward to The Mandalorian Season 2 Episode 2.

Episode 2 of The Mandalorian season 2 will be released on Friday, November 6 on Disney Plus.