Masks are an integral part of superhero comic books. The origins of masked adventurers and crusaders can be traced back to works such as The Scarlet Pimpernel, Springheel Jack, and Zorro. Masks have given superheroes an identity as well as hide their own from the public, to not put themselves and their loved ones into danger. Writers through the years have crafted wonderful stories involving masks and identities. Here’s our list of the 10 most iconic masks in comic book history. 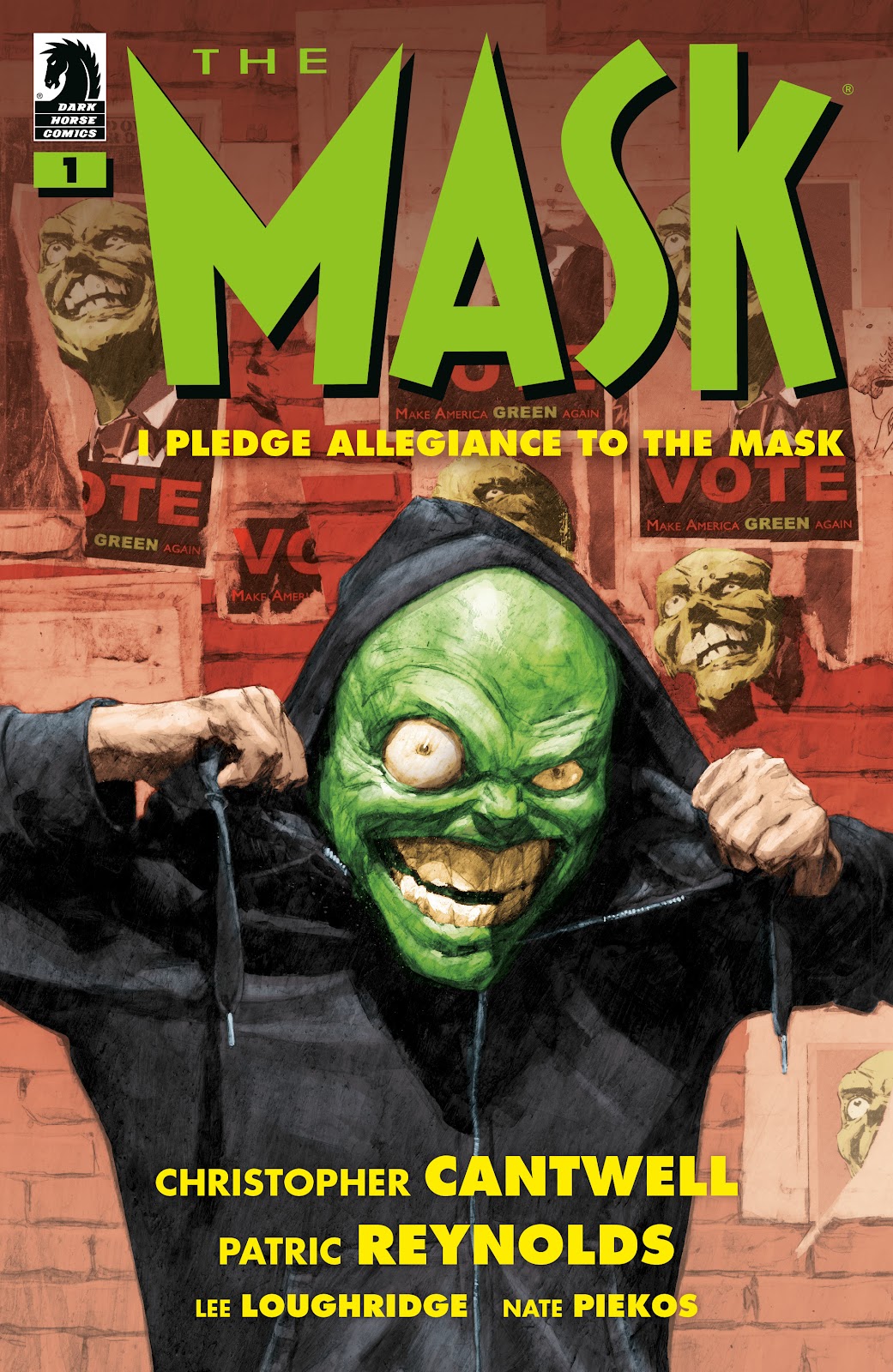 The Mask remains one of the most iconic 90’s movies ever made. However, the origins of the mask are darker than fans of the movie could imagine. Created in 1987 in Dark Horse Presents #10, the plot of the mask is simple: The Mask when worn by someone gives the wearer untold power. The Mask can grant its wearers powers such as reality warping, shapeshifting, psionic abilities, and super-speed. Here’s a twist, Stanley Ipkiss, played by Jim Carrey in the 1994 film, is murdered in the comic books by his girlfriend. Dark. 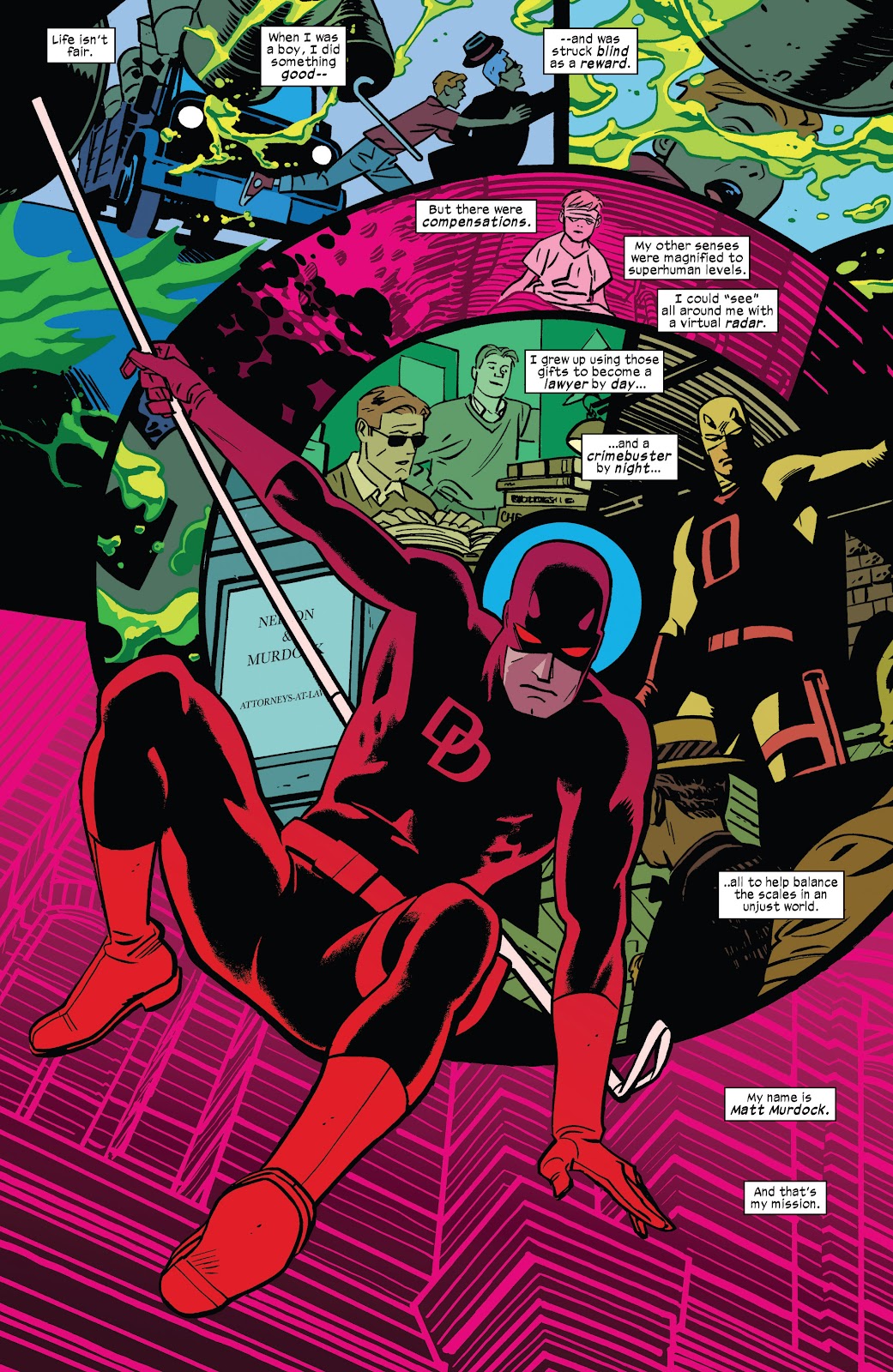 The Man Without Fear. The Devil of Hell’s Kitchen. Lawyer by day, Devil by night. Matt Murdock, known as Daredevil, is one of the best-written characters in comic books. He remains one of Marvel Comics’ most beloved characters. His mask while he started out was yellow, a ridiculous color. The suit became a darker shade of red, transforming Matt Murdock into the vigilante devil we all know and love today. For over 60 years, Daredevil’s mask has struck fear into the hearts of criminals and a sense of unease among the innocent as well. 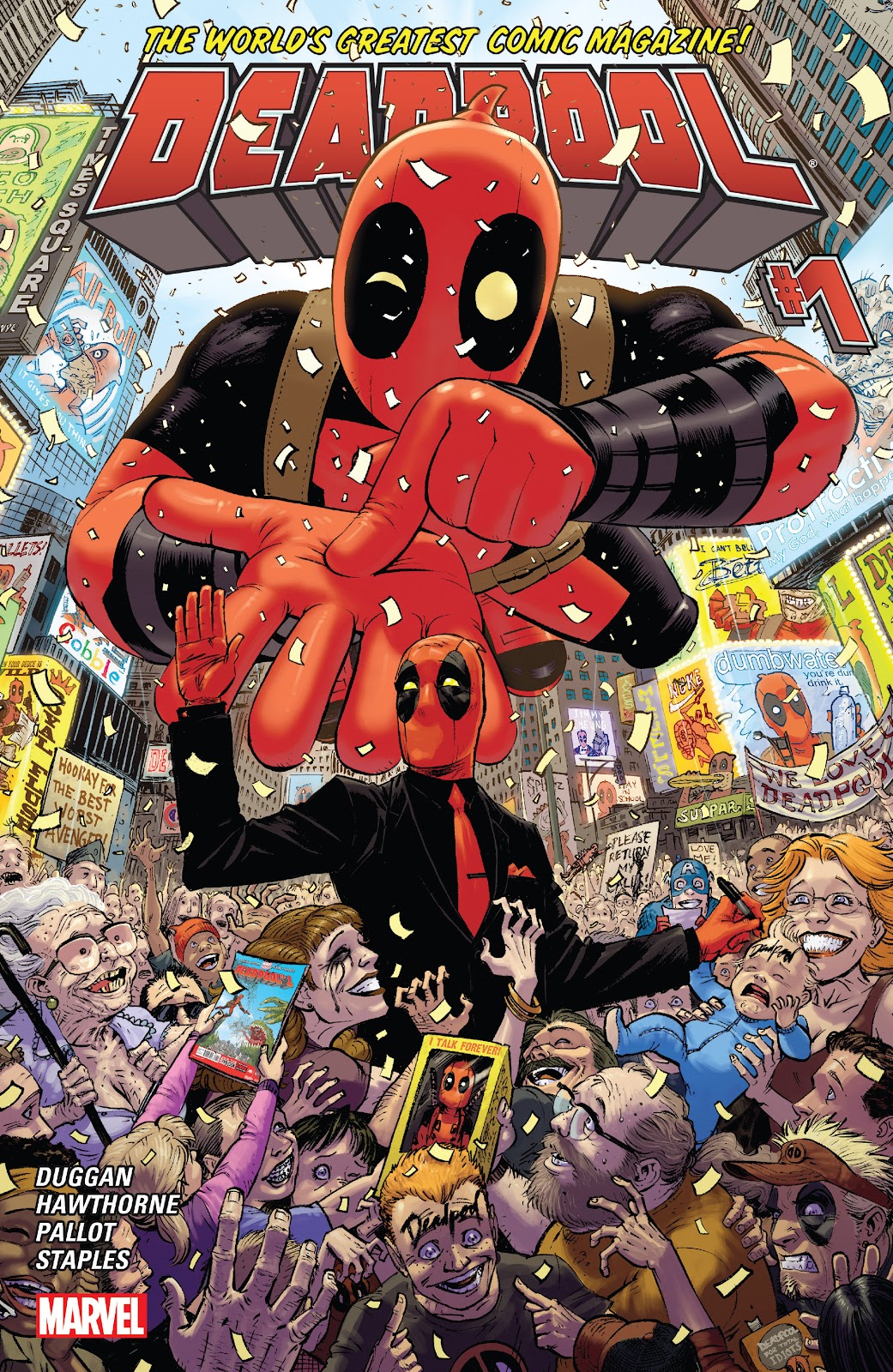 A character that started out as a parody, evolved into a global phenomenon. Wade Wilson who goes by Deadpool, the Merc with a mouth first appeared in New Mutants #98. Deadpool was a parody of DC’s Deathstroke, Wade Wilson, the silent, stoic, ruthless assassin. Liefeld created Deadpool stating that he did not have access to Spider-man or Wolverine. He also said that the mask resembled Spider’s because it was easier to draw. Cable and Deadpool became Spider-Man and Wolverine. The mask is capable of showing facial expressions owing to its special fiber. It also helps when you’re a self-aware parody of yourself. 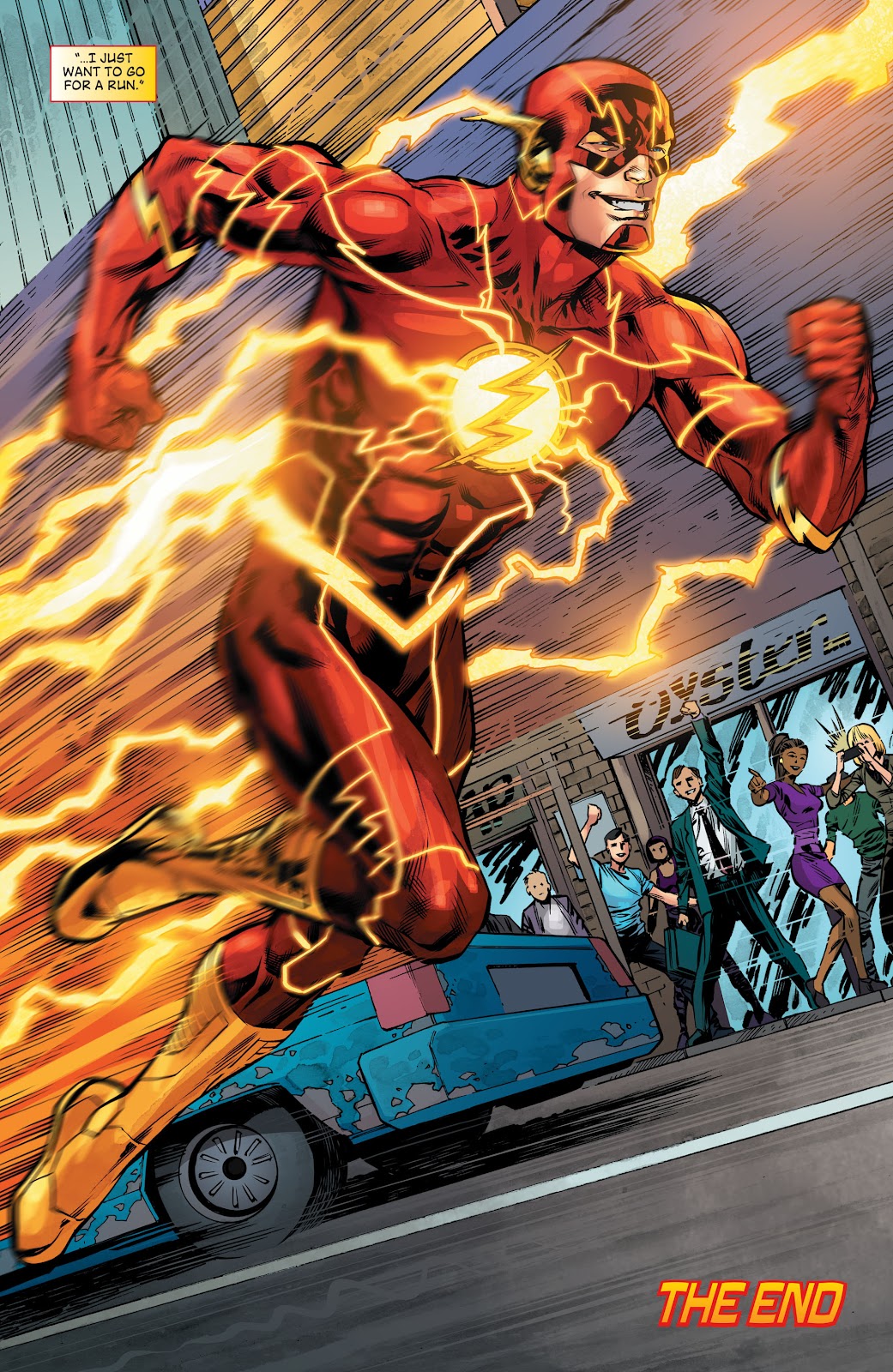 Barry Allen’s mask is one of the most recognizable in all of comic history. His iconic red and yellow costume has raced through hundreds of pages and stories, stamping his influence on the silver, bronze, and modern ages of comic books. Granted, there have been minor tweaks to the outfit, but by-and-large it has remained true to its silver-age influences. The costume is handily stored in a ring, expanding on contact with air. The mask effectively covers his face while the lightning bolts on the side, which act as comm devices, look like streaks of lightning while he runs. 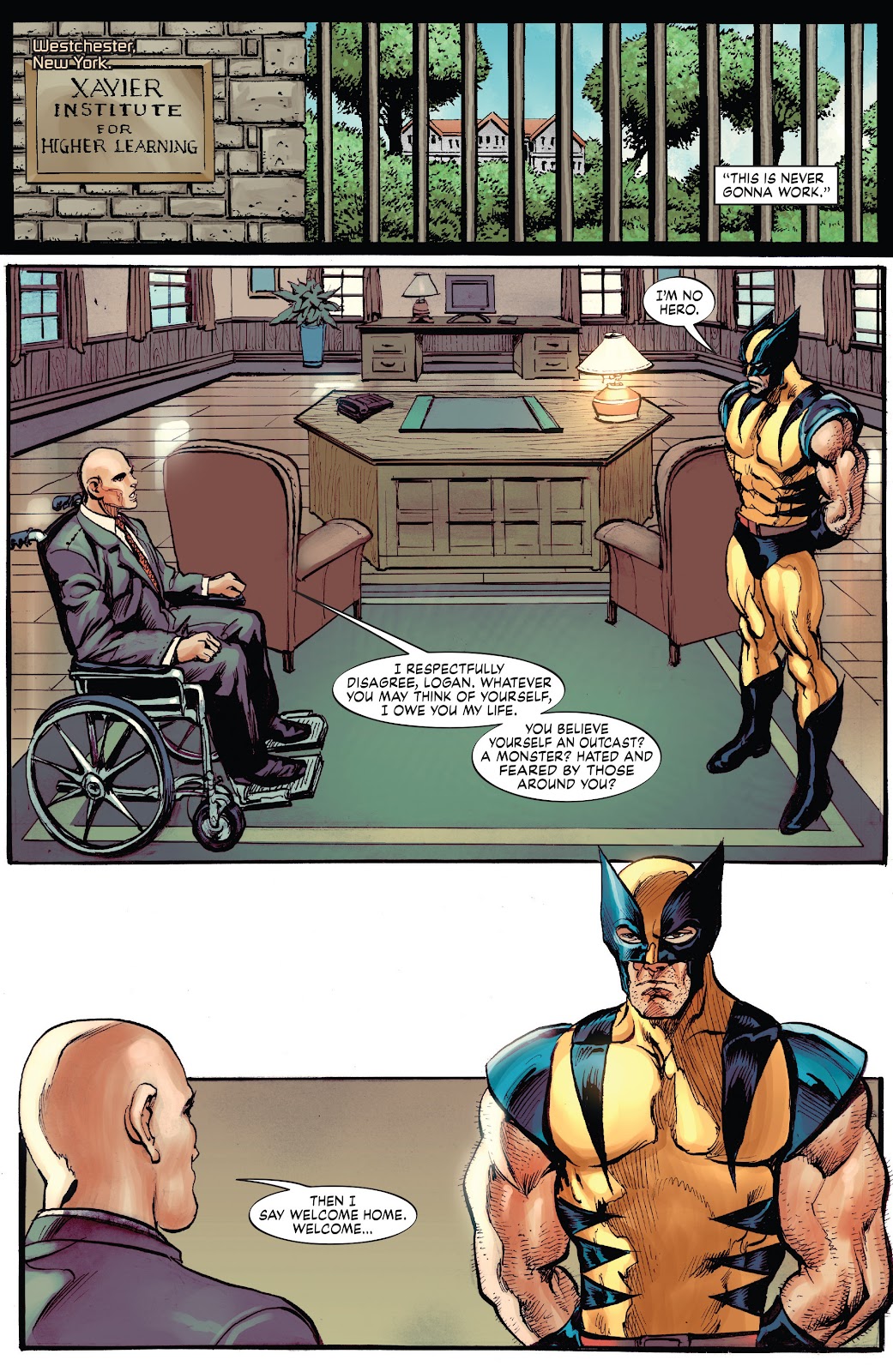 In his original appearance in Hulk #181, Wolverine’s mask made him look more like, well, a Wolverine. The iconic mask came about completely by accident. The first mask looked ridiculous, complete with whiskers. The updated mask had the ears and a more defined look to it, becoming a staple of Logan’s look throughout his history. 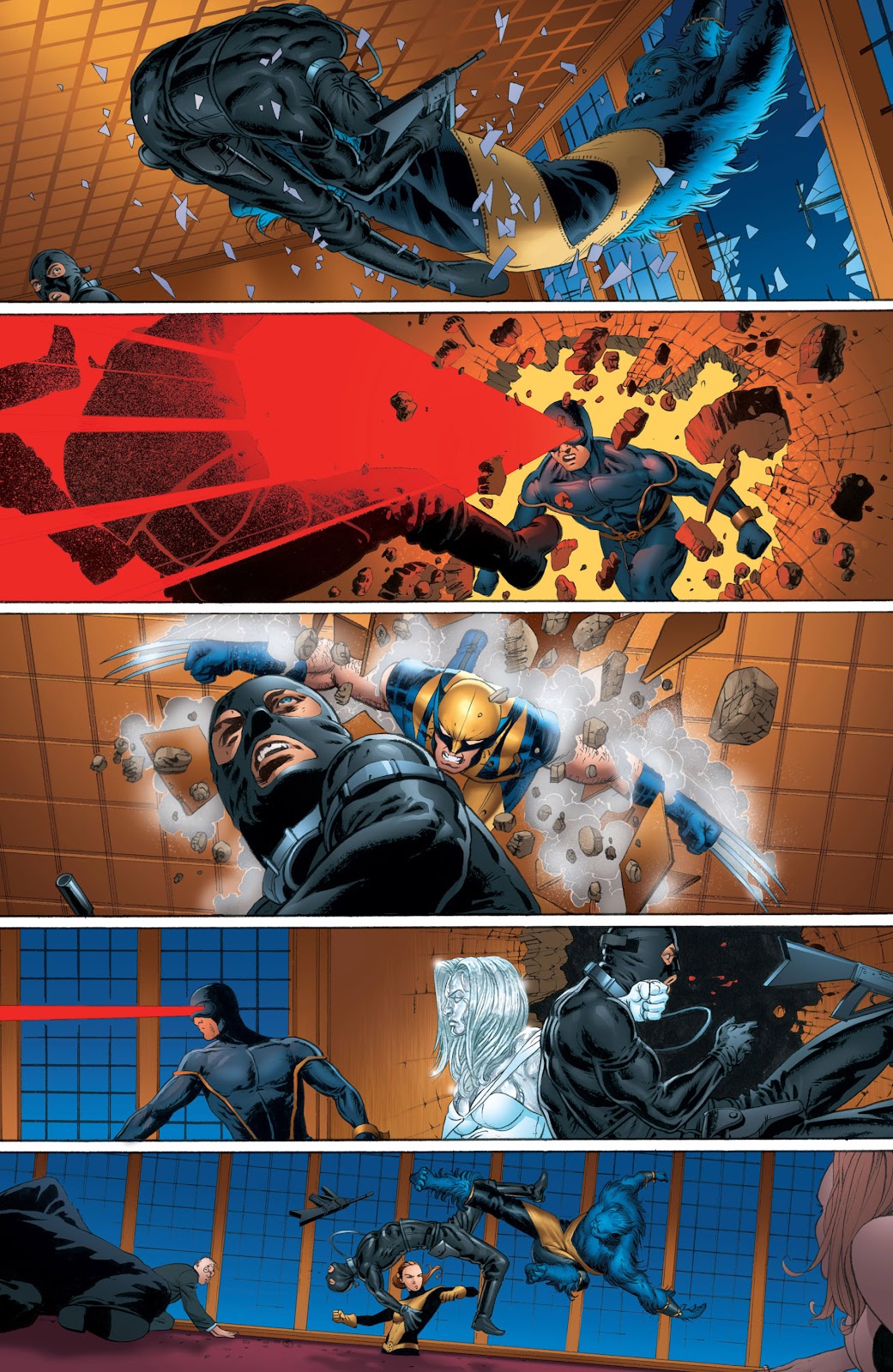 Cyclops’ visor is an integral aspect of the character ever since his inception. The visor was created by Charles Xavier to help Scott Summers control his abilities. The visor is made of ruby-quartz crystals with fittings that allow Scott to emit his beams and control the amount that he releases. The mask is a blessing for Scott as it allows him the gift of sight and allows him to go about his life without being a danger to anyone else. Later versions of the visor, saw it as an X-shaped visor symbolizing the mutants and his revolution. 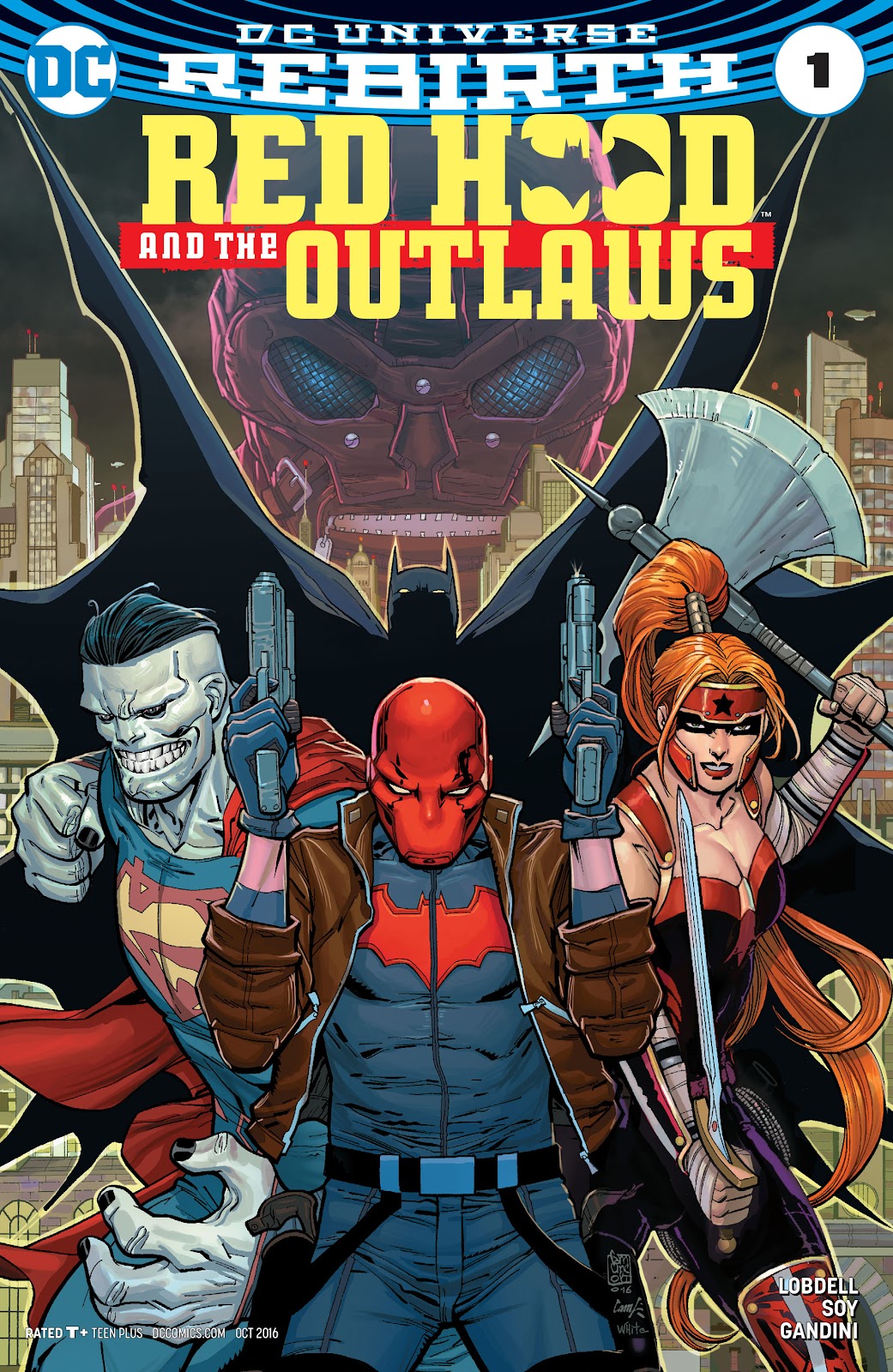 Red in color. Simple. Functional. Red Hood’s mask is nothing more than a simple helmet. While it may seem odd to be on this list given its simplistic design, its history is the reason behind this entry. Originally worn by the man who would become The Joker, this mask was worn by Jason Todd when he returned from the dead. Under the Hood by Judd Winnick and Doug Mahnke saw Jason refer to the mask and himself as Bruce’s biggest failure. However, that changed in 2020 when Batman admitted he failed his own son, Damian. The fact that a simple red helmet could unsettle Batman so much is the reason why Red Hood deserves a place on this list. 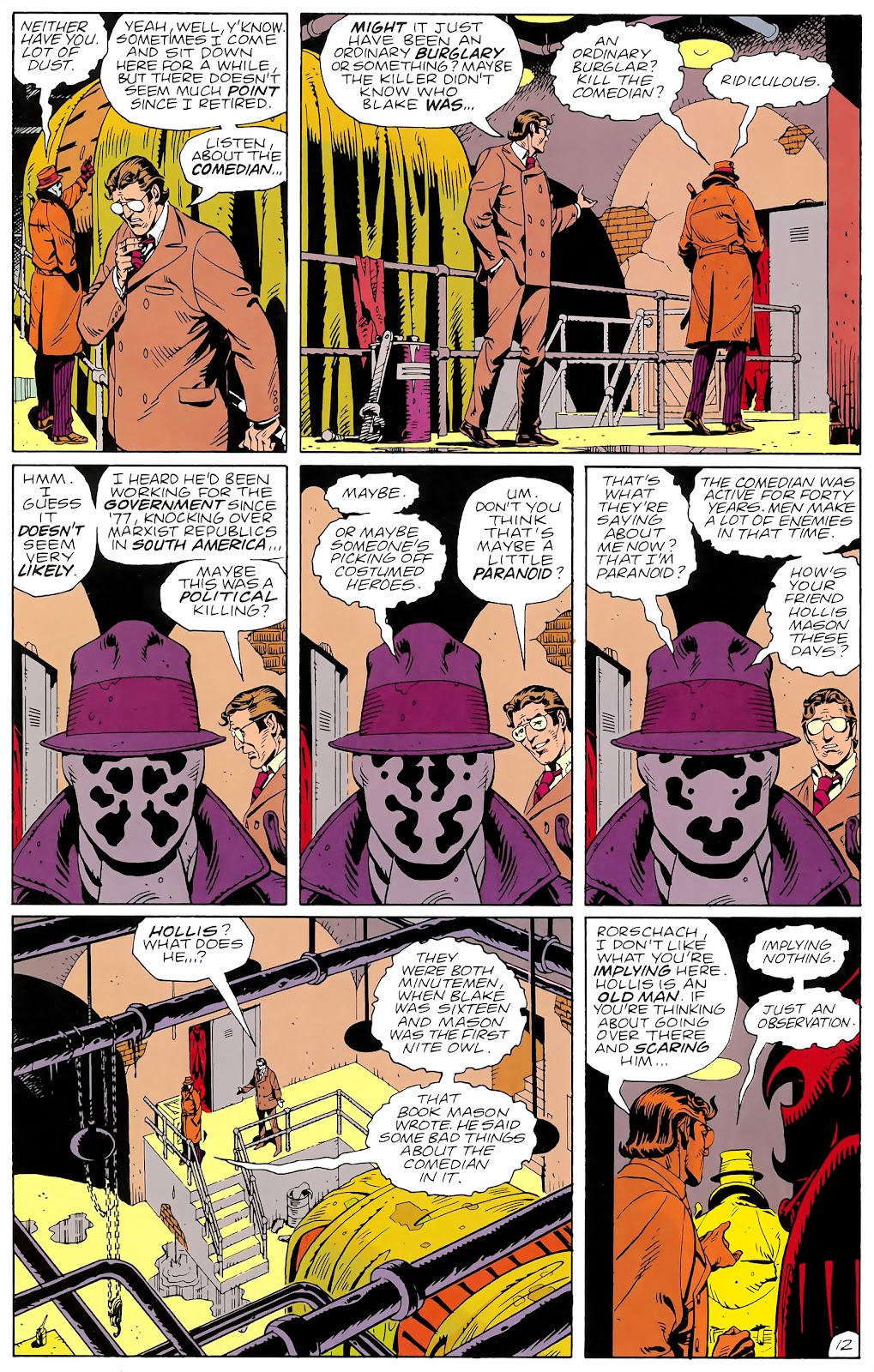 Rorschach is one of the most recognizable characters in comic book history. Alan Moore’s belligerent vigilante was based on two things: The Question from Charlton Comics (later DC) and the Rorschach Inkblot test. Rorschach’s mask has interesting trivia behind it. The fabric was created by Doctor Manhattan. Two layers of fabric had a liquid between them that constantly changed shapes. The fabric was being made into a dress for Kitty Genovese. Kitty was a woman who was attacked and killed outside her apartment in real life. This incident would go on to influence a phenomenon in social psychology called “the bystander effect”. It states that individuals are less likely to offer help to a victim when there are more present. Rorschach took that fabric and turned it into a mask, beginning his war on crime. 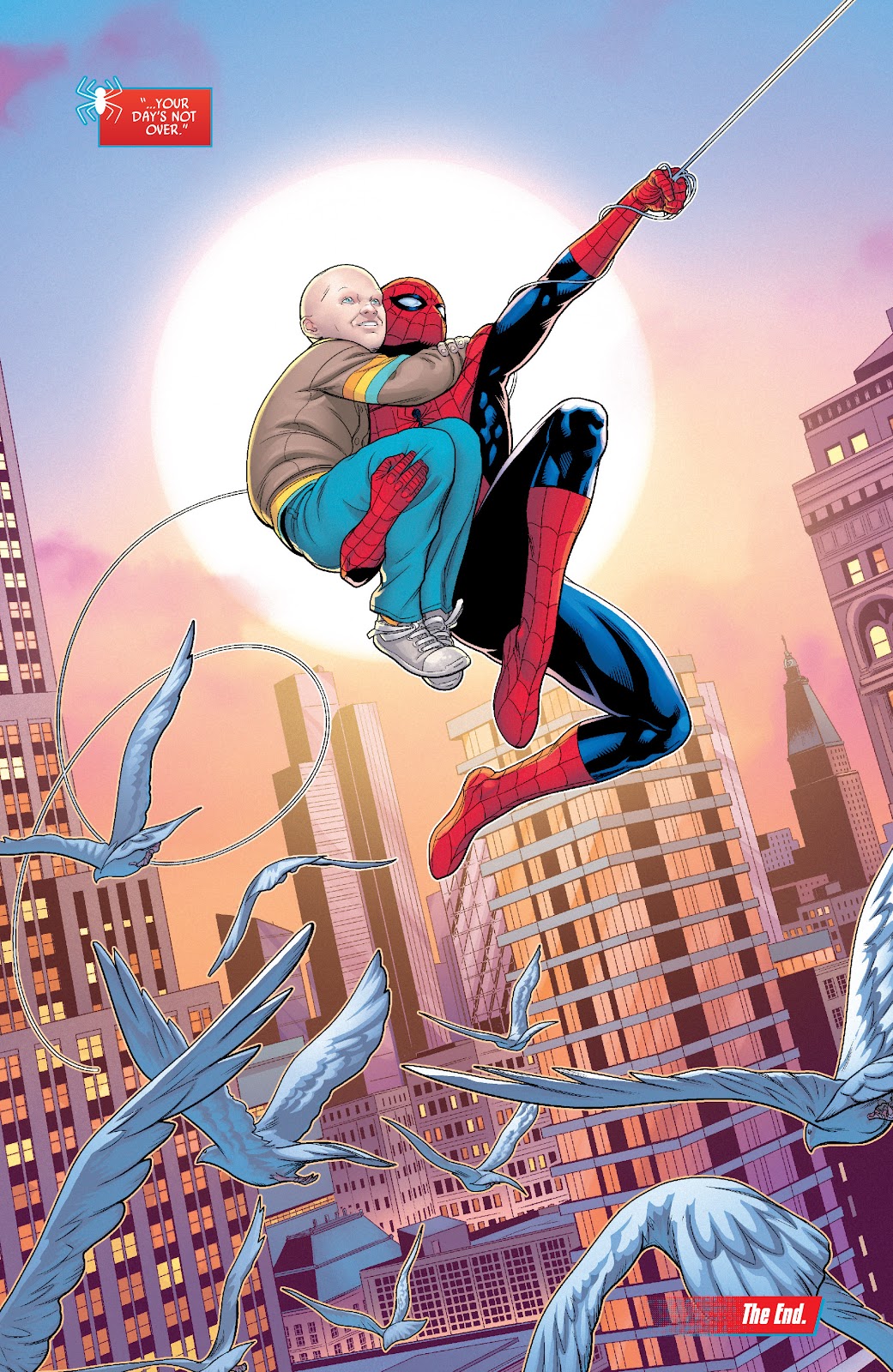 Spider-Man is without doubt one of the most recognizable superheroes on the planet. His outfit and his mask are a major part of who he is. The costume is made of skintight spandex and the mask has plastic lenses. It has a chrome covering that allow Peter to see out, without letting others see in. It also protects his eyes from dust particles and the glare of the sun while he is swinging through Midtown, New York. The mask also helps in concealing Peter’s identity by muffling his voice, thus making it unrecognizable to others. 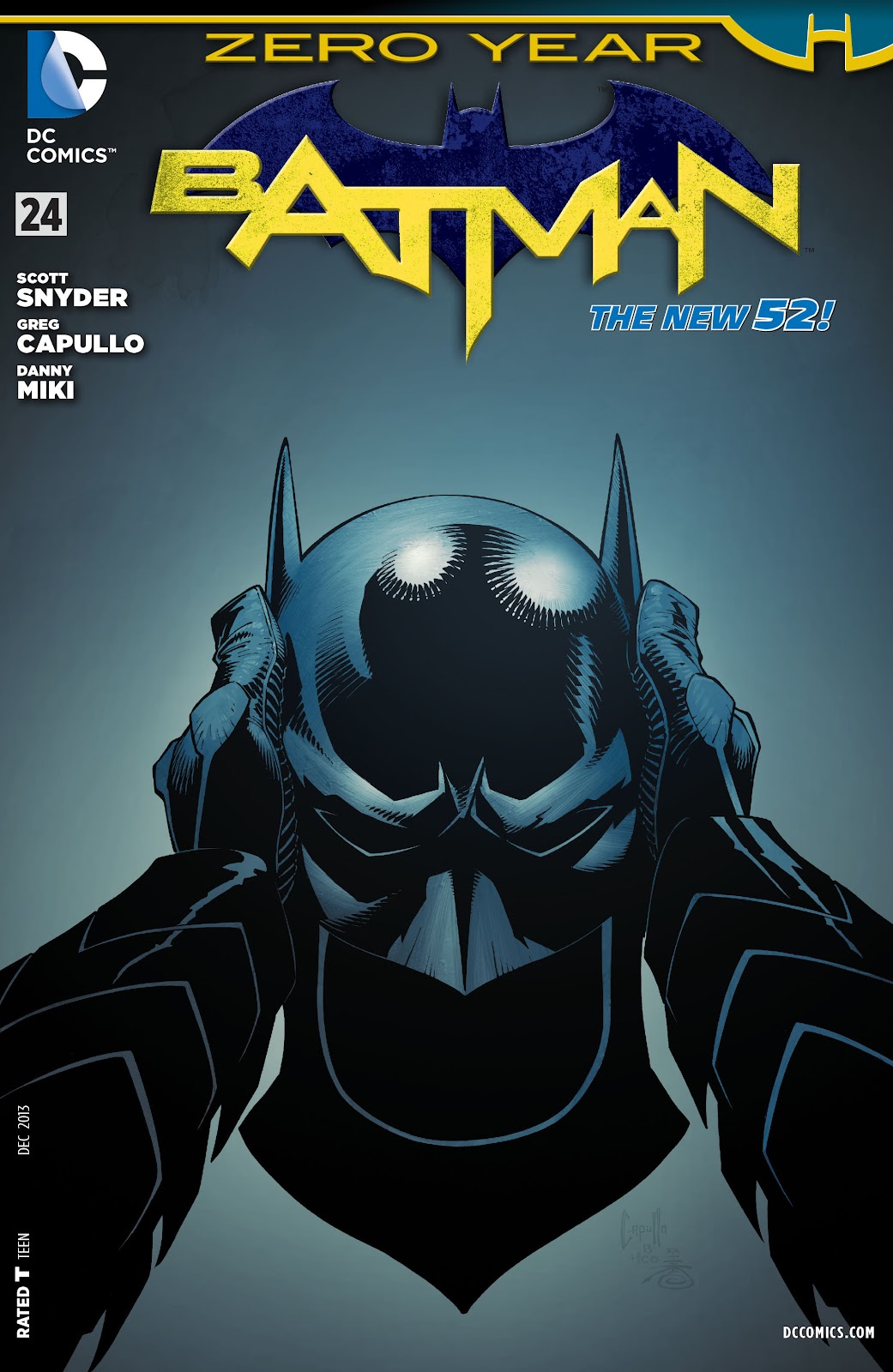 Batman is the most recognizable superhero on the planet alongside Superman and Spider-Man. The cowl is instantly recognizable, striking fear into the hearts of criminals and gods across the DC universe. Granted the uniform has undergone certain modifications owing to changing times, but the cowl has always remained an integral aspect of the mythos of the Batman.