Flash’s costume has always been in “progress” since the show began but soon the show will have the most accurate comic book version of the Flash costume yet. Courtesy of an apparent leak online, we now have may have our first look at Gustin’s season 5 costume.

The season 5 of Flash will see Barry Allen and Iris trying to deal with the time-warped issues of their lives and the arrival of their daughter from the future, Nora. Nora is a speedster heroine who just wants to get back to her timeline before she causes any harm to anyone. Nora ultimately gives Flash a ring that contains a condensed costume.

This costume is a fan-favourite costume and the show has thereby decided to bring in the most comic accurate costume till date. The Flash is widely known for its season one costume and since then, the suit has been upgraded a few times. However, the season 4 costume is seen as the most vibrant by fans till date. 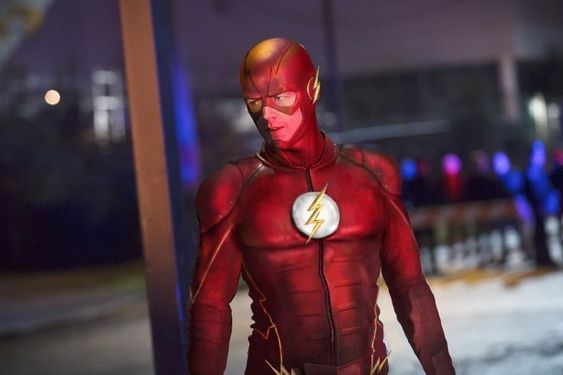 The Instagram comments do suggest that this costume can also be a controversial design for the show. While the comic book version of the character has always been seen without anything on the chin area, seeing Gustin’s naked chin can be an issue for some fans.