In retrospect, with Avengers: Infinity War and Endgame recently including 70+ characters from the MCU, looking back at the original Avengers from 2012, it almost feels like a quaint affair, featuring just six superheroes fighting off an alien invasion. But 2012 was a different era, and it was unheard of at the time to have such a gigantic crossover between individual superhero franchises to create a team-up movie. At it turns out, however, the original Avengers squad should’ve had even more members and been an even bigger affair than it already was.

The original Avengers squad should’ve had even more members

With later films in the MCU frequently going back to before the events of the 2012 pic, it’s since been revealed that there were several other superpowered beings active at the time. Captain Marvel even turned out to be the original inspiration behind Nick Fury’s naming of the Avengers Initiative. She was only a pager call away from Fury when Loki’s alien army attacked New York while Doctor Strange’s mentor, The Ancient One, was actually already in New York when the attack occurred, and even had a hand in battling the aliens on her own.

Marvel was making all this stuff up as they went along 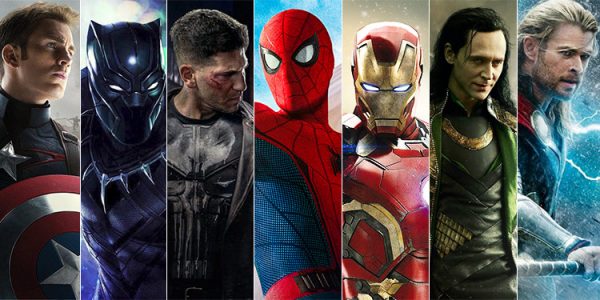 Hank Pym AKA Ant-Man already had his size-changing suit tech and had been using it to do covert work for the government, too, and Ava Starr AKA Ghost, the antagonist of Ant-Man and The Wasp

, was a S.H.I.E.L.D. agent at the time of The Avengers. As such, Nick Fury must’ve been aware of her abilities and how useful they would’ve been to the superhero team. And finally, while Black Widow originally assessed that Tony Stark with his Iron Man suit was unfit to join the Avengers, his friend Rhodey in his War Machine armor would’ve been a much better fit for a government-led defense against the alien invasion.

If the original Avengers film with a small group of heroes hadn’t been massively successful, future team-up movies wouldn’t have happened on an even bigger scale. Besides, who appears in such films is less a result of narrative integrity and more a matter of who’s available for the shoot, whose rights happen to belong to the MCU at the moment and who’s asking for more money.