Home
Movies
The pandora box of Tom Hanks has been opened and out came the scandals !! 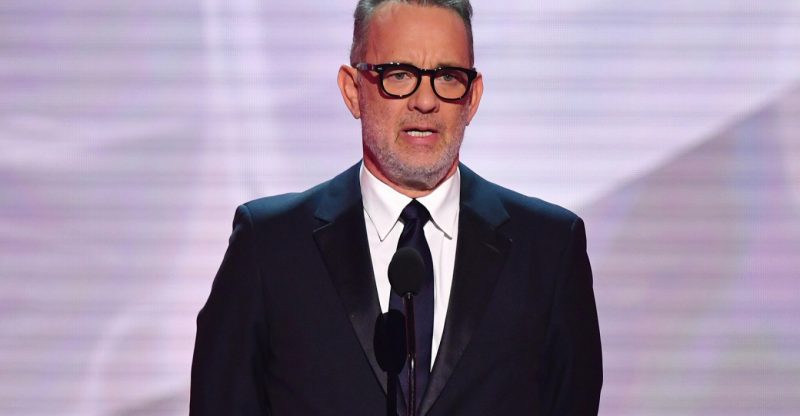 Tom Hanks would probably be addressed as the kindest guy in Hollywood renowned in both comedies and dramas alike, and the actor possesses a rather wholesome persona. He produces historical mini-series, boasts a deep-rooted love for typewriters, and has built a reputation for using his platform to return lost items to their rightful owners.

His marriage to Rita Wilson turned out scandalous

The romance between Hanks and Wilson brought them to the limelight

Hanks and his present wife, Rita Wilson, are said to have met on the set of sitcom Bosom Buddies (1980-82). They also worked together on the buddy comedy Volunteers in 1984. But, while multiple actors have met their soul mates on the job, there was a massive problem with Hanks and Wilson’s budding romance i.e., Neither star was single when they first crossed roads. At the time, Wilson had been engaged. Hanks, on the other hand, was already married to his college love, Samantha Lewes, and the pair had two kids together, son Colin and daughter Elizabeth Ann. But, despite both being in serious relationships with other people, Hanks and Wilson couldn’t resist their attraction to one another.

The nasty divorce which lead to scandals

Hanks divorced Lewes in 1987 and married Wilson in 1988. The divorce was not cordial. The Scottish Daily Record states that a Los Angeles court ordered Lewes and Hanks not to “molest, attack, strike, threaten, sexually assault, batter or otherwise disrupt the peace” with respect to one another Hanks remorsefully admitted to being an imperfect husband and sometimes absentee father in his first marriage.

In June 2015, Hanks’ son, Chester, a budding rapper who goes by the identity “Chet Haze,” came under the radar for utilizing the N-word. In a bunch of since-deleted Instagram shots, Haze captioned, “Who is to say only black people can use it? It’s a word that can be used out of love, not just exclusively for black people.

Hanks and the  blackface incident

Involvement in Blackface ! not a good idea

Blackface is not at all a good idea, and except for Tropic Thunder (2008), it never really ends well. Hanks wasn’t the one wearing blackface at a 2004 event he attended, but he was still there, and that was enough for some people to hold him responsible.