The fifth episode of Loki, which premiered on Wednesday, included some of the finest Easter eggs in the Marvel Cinematic Universe since the Collector’s museum in Guardians of the Galaxy. Nothing in the show connected more with Marvel fans than a quick visit from the beloved Frog Thor, who was seen buried in a jar in the Void, frantically attempting to reach Mjolnir. People were hoping to see the alternate-reality Thor play a role in Loki, and while that didn’t happen, he did have a much lengthier sequence that was deleted for time. Eric Martin, the producer of Loki, took to Twitter to provide some behind-the-scenes details regarding the latest episode of the show. Martin stated during a lengthy Loki thread that Frog Thor was meant to make his debut in the show’s first episode, when Loki was seeing pieces of his life play back on a screen.

“Comic enthusiasts will spot the Frog of Thunder in that jar,” Martin tweeted. “In Ep 1, we show Loki getting battered by Frog Thor for the Time Theater, but we had to edit it to keep things going. It’s a shame, since Tom was hilarious. ” The issue now is whether or not that scene will ever be seen in public. People like Frog Thor, and they would surely enjoy watching him thrash a human Loki. The only issue is locating a location to discharge the scenario.

There are presently no plans for a physical distribution of the Marvel Studios TV series, therefore there is no way to include the deleted sequences on a DVD. They might be added to Disney+’s extras, but we haven’t seen any deleted scenes from the programs appear on the streaming service previously. The most likely scenario is that a portion of the sequence will be featured in the season’s final behind-the-scenes documentary. Either that, or Marvel simply makes it available online. Do you want to watch the omitted Frog Thor scene? 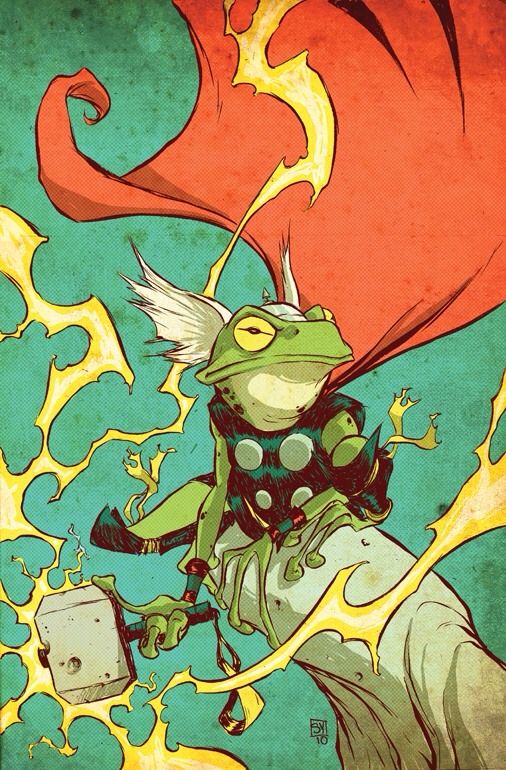 Tell us in the comments! Till then, keep reading Animated Times, the ideal site to learn about the entertainment business, new movies, TV shows, celebrity gossip, and much more. We’ll keep you updated, and you can find us on Instagram and Facebook.