The Punisher is one of Marvel’s most beloved anti-heroes. He stands out among the majority of Marvel’s other characters due to his sheer brutality and willingness to kill. Although he first appeared in The Amazing Spider-Man as an antagonist to the web slinging hero, he soon began to headline his own series. He is a highly trained and skilled soldier, fighting a never ending war against crime. The Punisher has amassed an impressive kill count in his nearly fifty year career. In fact, it is estimated that the Punisher has killed over 48,000 people since his first appearance. So, today we’re going to take a closer look at some of The Punisher’s most impressive, and important kills. For this list, we’re looking at all versions of The Punisher, including in television and film.

Welcome Back, Frank is one The Punisher’s most respected story lines. It features The Punisher at war with the Gnucci family led by criminal master mind, Ma Gnucci. After The Punisher kills her three sons, Ma Gnucci makes it her sole purpose in life to eliminate the vigilante. The story features an infamous chase scene through a zoo where The Punisher punches a polar bear and escapes unharmed. Ma Gnucci isn’t so lucky and ends up having all of her limbs and scalp torn off by a group of those angry polar bears. She survives the attack and continues her pursuit of Frank Castle, minus her legs and arms. However, the story ends with The Punisher kicking the limbless Ma Gnucci like a foot ball into a large fire, killing her. It’s unlike anything else you’re likely to see in a comic book. 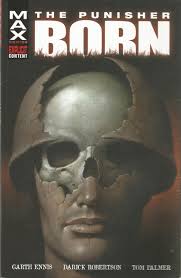 The Punisher: Born examines Frank Castle’s troubled beginnings, before he donned the skull on his chest. The idea of the story is that Castle’s decent and journey towards becoming a murderous vigilante began long before his family was killed. It features Frank Castle as a Marine on his third tour in Vietnam. The story works extremely well as a character study into the mindset of one of the world’s most dangerous men.

When Castle catches one of his soldiers sexually assaulting a female prisoner of war, he takes it upon his self to “punish” the man. He finds Soldier McDonald a short time later washing his face in a near by lake. Castle uses his boot to press the soldiers head beneath the water until he drowns. This death is important to The Punisher’s beginnings because it depicts Castle as a man of strict morals who is not afraid to kill those that violate them.

3. THE PUNISHER KILLS THE MARVEL UNIVERSE 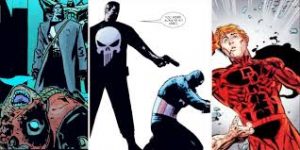 “The Punisher Kills the Marvel Universe” is a stand alone, alternate version of The Punisher’s origin. In this story, it’s not criminals who are responsible for the death of Frank Castles family, but The Avengers and the X-Men. While the group of heroes are battling a horde of aliens known as The Brood, Castle’s family is accidentally killed in the crossfire. Although the title of the story gives away the entire plot, it is a wild read. While every kill is not depicted in the story, it is suggested that The Punisher kills every super hero and super villain in the Marvel Universe. The deaths Cyclops, Captain America, Daredevil and numerous others are shown in violent detail, before The Punisher eventually kills himself.

Also Read: 15 Extremely Powerful Marvel Characters Who have Not Yet Appeared In The MCU! 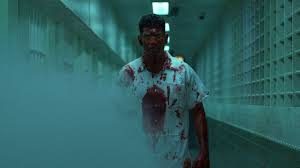 In the second season of Netflix’s popular Daredevil series we were introduced to a new version of Frank Castle. Jon Bernthal brought the character to life with a savagery that had yet to be depicted on the screen. In one stand out scene, Frank Castle finds himself behind bars with none other than Wilson Fisk (AKA The Kingpin). Fisk wants Castle dead and arranges for him to be locked in a narrow corridor with about ten other inmates working for Fisk. The battle that ensues is not for those with a weak stomach. Castle fights for his life by violently and gruesomely killing all of the assailants using his bare hands and improvised weapons. This scene is a perfect reminder of just how dangerous The Punisher is, even without his usual arsenal of weaponry. 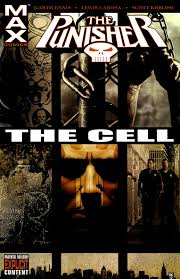 FRANCESCO DRAGO AND HIS GOONS

Garth Ennis’ Punisher Max series took a more realist, gritty approach to the character. The stand alone series followed The Punisher through a world where no super heroes or super villains existed. The Punisher is at war with organized crime following the massacre of his family in Central Park. The conclusion of the series finds The Punisher arrested and imprisoned on Rikers Island. Though we later learn he is there completely by choice.

Castle is older and has been waiting years for the men responsible for his family’s deaths to be located together in one location. Francesco Drago, head of the Drago crime family, and his most trusted men are housed at Rikers Island, and they are exactly who The Punisher has been waiting for. The series ends with Castle mercilessly executing the men who killed his family. As he dispatches of them one by one he describes to them in detail how he held his dying children and the fear and horror he witnessed in their eyes. It’s a truly emotional and fitting conclusion to one of the best Punisher story lines ever written.