The fourth issue of Venom by Donny Cates and Ryan Stegman has changed the course of the character forever. In Venom, writers opened the gates to a darker reality and changed all we knew about the Klyntar symbiotes in the first place.

In its first edition, we see a series of flashbacks to medieval times and that hinted at the possibility that the Klyntar symbiote had visited Earth long before Peter brought the Venom symbiote back with him from the Battleworld events. Things start unfolding more about their origins from here and we get to learn that they have a God and that God is a frightening creature named Knull, a being who has existed for billions of years. Knull can control all other symbiotes but that’s just a fraction of the truth. 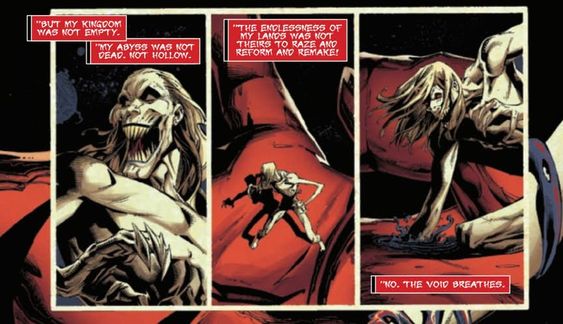 The fourth issue begins with the Big Bang but before that, there was darkness and Knull lived inside that darkness. Things changed for Knull when light invaded the realm and the Celestials soon arrived on the planet. Knull then explains that space was the void which was once his. During the war against Celestials, Knull saw his own shadow for the first time with the light of Celestials. Knull even managed to kill a Celestial, pulling a blade from its void to slither it. The rest of Celestials fought him back and managed to cast Knull back into its void.

Knull took refuge inside the head of his victim and began forging his blade which was both solid and liquid in state. This blade was the very first proto-symbiote and explains the reason why all symbiotes are scared of fire and sound. The fire of Celestials melted him and the heavy drums of hammer molded it. 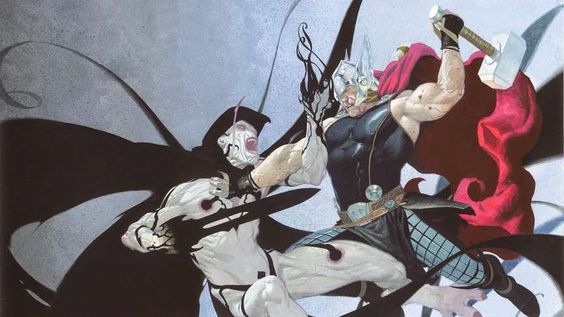 With this, he reveals his real name: All Black, the necrosword, the weapon used by Gorr, the God Butcher to slay his victims in 2013’s Thor. In the issue, The necrosword fell from the sky along with two dead gods: one gold in colour while other black. We get to learn here that the black God was in fact, Knull thereby tying to Marvel’s Asgard as well as Spider-Man.

Knull had since spent centuries on the planet and the constant darkness flowing out of him allows him to take control of organisms. Over the years, he has grown powerful and has adapted to his abilities. He commands countless symbiotes now and with them altogether, he is capable of waging war across galaxies. 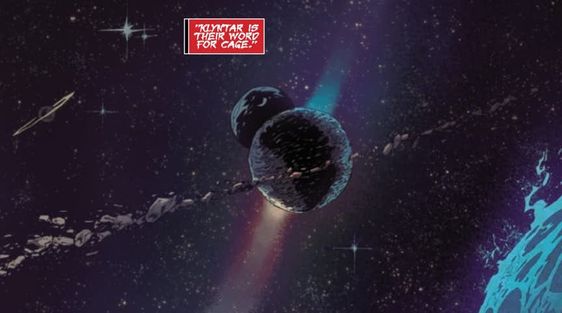 Knull was crushed by Thor when he faced him and the blast was so powerful that it severed Knull’s bond with his symbiotes. Without Knull to control the symbiotes, they started venturing out to seek new hosts. But these were different from Knull and were often heroic and noble in actions. These symbiotes went on to question the creator and revolted against them. This revolt soon turned into mutiny and the symbiotes started multiplying into millions and this is where we learn that Klyntar is not really a planet but a simply the largest concentration of symbiotes ever.

With this, finally we do have a definitive origin of the symbiotes, one that makes sense while staying in touch with the Marvel continuity. What else does Venom have in store for us? Can’t wait for its next issue.