The Stargirl Season 2 and its ending have introduced a new villain for its season 3. Not only that, but it will also bring some old villains back with some new roles. 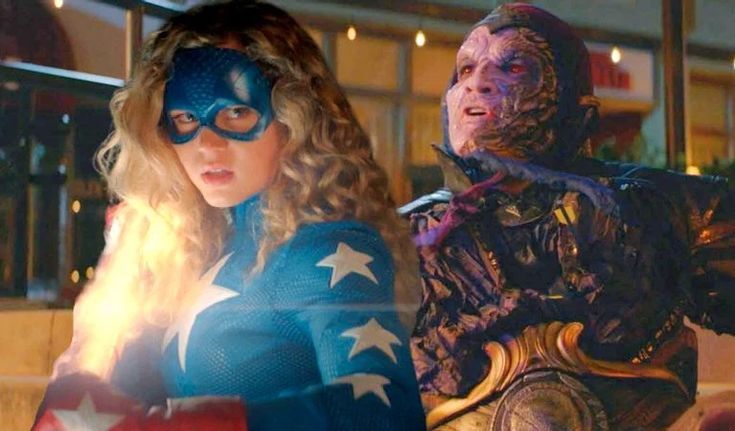 The Problems Are Far From Over

The ending of Stargirl season 2 has catalyzed several events for its upcoming season 3. Not only that but it has also introduced the mysterious Mr. Bones, a new threat in the franchise. Strange, but these events will include some supervillains that the JSA (Justice Society of America) has faced before. However, this time, the events will be surrounded by social issues and not just physical fights.

Stargirl season 2 – Summer School highlights the titular character, Courtney Whitmore, along with the other members of the teenage JSA (Justice Society of America). They all thrive to adjust to the new normal post their victory over the Injustice Society. Despite their phenomenal victory, season 2’s ending echoed that the heroes’ problems aren’t over yet.

Why Season 3 Is Named “Frenemies”

The season 2 ending of Stargirl revealed that the upcoming season will be called Stargirl: Frenemies. This moreover sounds like a worthy title as the franchise should explore and continue the relationship between the Injustice Society and the Justice Society of America. Apparently, season 2 came to an end with their old folks offering friendship and not violence.

Shiv approached Wildcat regarding her desire to join the Justice Society of America where they had an argument over why she deserves a chance to make up for everything she did in her past. On the other hand, the Injustice Society’s The Shade revealed that he is intended to stay in Nebraska because he is fond with the small town. Perhaps that is why the season is going to be referred to as “Frenemies” and not enemies.

Shiv Joining JSA Could Be Problematic

While her presence in Blue Valley is a matter of concern, Shiv’s sudden desire to join the JSA could be problematic, as observed from season 2’s ending. Moreover, she is the only daughter of the mad scientist, Dragon King. As a result, she has been the subject to many of her father’s twisted experiments and apparently, killed her mother while trying to gain control over her powers. With that being said, it looks like Shiv’s desire to join the JSA (Justice Society of America) is based on a belief that she should be given a chance to make up for her past mistakes.

Who Is The Mysterious Mr. Bones?

The final few minutes of Stargirl season 2 highlighted Jennie Lynn Hayden trying to track Todd, her brother. Apparently, a nurse reports to a mysterious figure that Jennie is looking for Todd in Milwaukee. That mysterious figure seemed to be a man who has transparent skin. While there isn’t any information available about his name, comic fans will recognize this figure as Mr. Bones, a frequent enemy of the Justice Society of America.