Despite an intuition of having higher openings, The Suicide Squad earned somewhere around $26 million in its first week of release.

Amid the ongoing global pandemic situation, The Suicide Squad recorded the second-lowest opening in the entire DC Universe. As movie theaters start to reopen in many regions, the Box Office is thriving towards seeking a recovery. While movies like Godzilla vs. Kong and A Quite Place Part II struggled to found their footing in the current landscape, films mile Space Jam: A New Legacy and Black Widow had solid openings that are followed by drops in their second week. Many movies and franchises are still waiting for their OTT release.  Since the concern with the Delta variant is yet to achieve its peak, the recovery for Box Office may be very difficult and could be the same as predicted last year.

Considering the last weekend’s release, The Suicide Squad, the James Gunn-directed movie was expected to touch more than $30 million in its first week and maybe even more. This is because, on the very first day, the film received extremely positive reviews and a large gossip around the social media world. That is why it was assumed that The Suicide Squad will cross the $30 million mark and will help the Box Office to record hope amidst the pandemic.  If it would have crossed the $30 million Box Office collection in its first week, it would have been a new record for any R-Rated movie in the industry. But apparently, it earned less than what was expected on its very first day that resulted in a small total for its first week as well.

As per the collection report, The Suicide Squad earned a whopping amount of $26.5 million in its first three days of release. Not that it is way behind the amount that was expected before the release, it is till now, the second-lowest opening for any DC Universe movie. The first place in this regard is still owned by Wonder Woman 1984 that had a box office collection of $16 million on its first day of release last year. The reason being pretty obvious: the global pandemic and its substantial consequences. The Suicide Squad also stood behind last year’s release Birds of Prey, which had the biggest opening for an R-rated film during the global pandemic ($33 million). 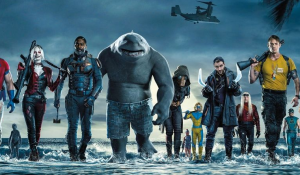 Well, there are a few factors that seem to be contributed to this. Apart from the threat of the Delta variant of the Novel Corona Virus, the film, The Suicide Squad is made available for free on HBO Max. While the makers believed that streaming does not impact a movie’s theatrical release, the Box Office collection of The Suicide Squad and Black Widow hints that there is a significant relationship between them as well.

Directed by James Gunn, The Suicide Squad has marketed itself as a completely fresh concept of the storyline that has nothing to do with the 2016’s former release. However, general audiences could see it as a follow-up since they are expected to be not so updated with the details. In this regard, the coming few weeks will depict if Gunn’s The Suicide Squad will have a spectacular Box Office collection or not.