James Cameron revolutionized science fiction with the Terminator. Still considered an absolute classic, The Terminator of 1984 is a movie that is hard to top even by today’s CGI and advanced special effects laden movies. There are some nifty details about the movie that would surprise you even today. 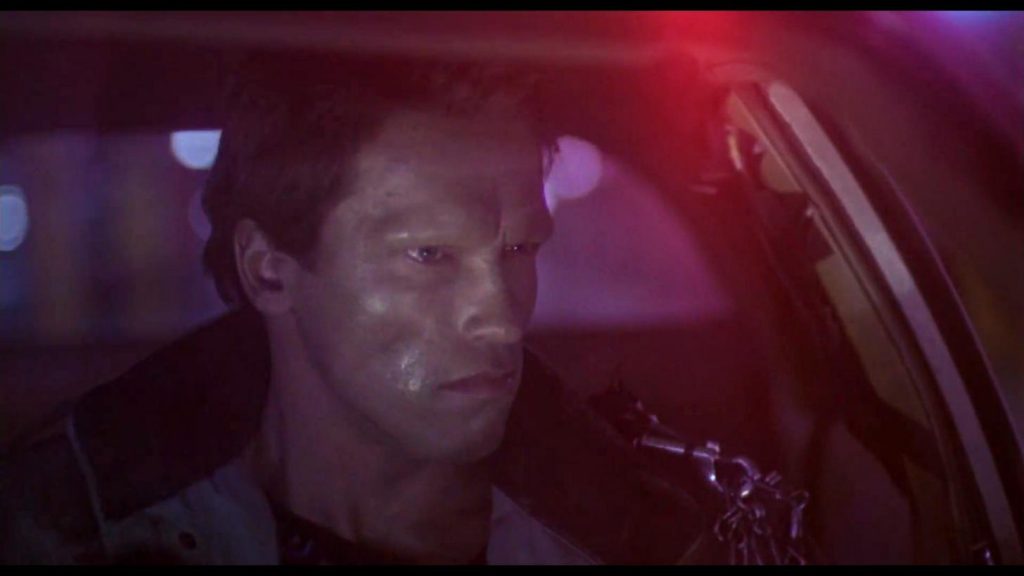 The T-800s are basically humanoid hunter-killers that are sent for infiltrating human colonies and massacre everyone once they have gotten past their defenses. To look and feel human, the T-800s have been given extensive skin graft treatments. Skynet has a facility which can clone and make human skin from scratch. The skin is so detailed that is has everything accurate down to the last strand of hair in the T-800’s fake follicles. During the movie, the T-800 enters a burning car. The fire scorches several parts of its skin and burns of most of its facial hair. The reminder of the movie shows the T-800 with the same scorched look till the very end of the movie when its skin literally peels off of its face and rest of its body.

Those are Actual Human Teeth 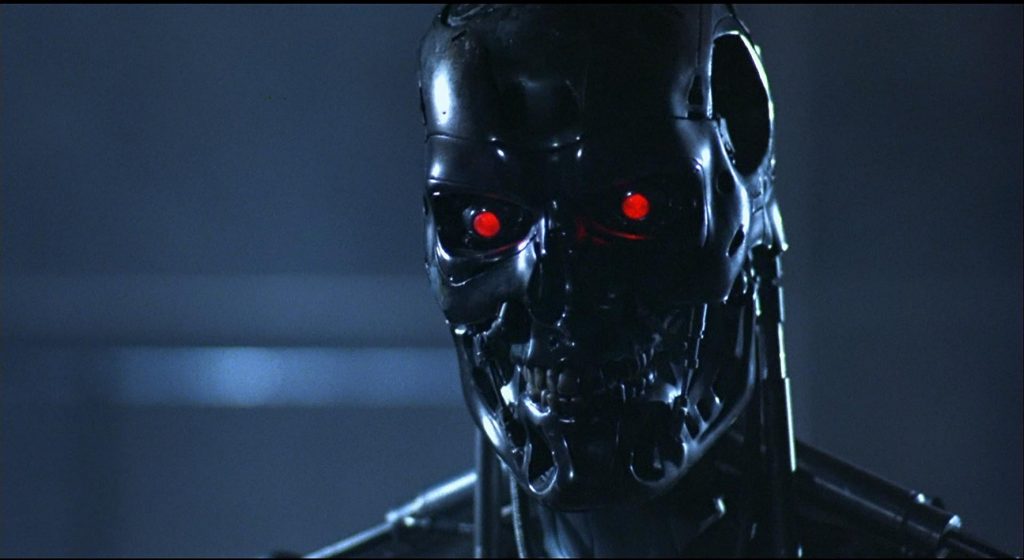 The T-800, in its bare naked form, looks like a powerful machine of death and chaos. It is made completely out of metal and has screws and nuts for joints. It is bulletproof and most of its body is nigh-invulnerable. Except for it teeth, almost every other part of the T-800 is artificial. The teeth are some of the most visible features of the T-800 after its glowing red eyes. The reason the T-800 has human teeth and not metal ones is because it was designed to be an infiltrator. So it must look the part too. The human teeth are the only visible part of the endo-skeleton so they were designed via natural means.

The Creepy Eye Movement Was Intentional 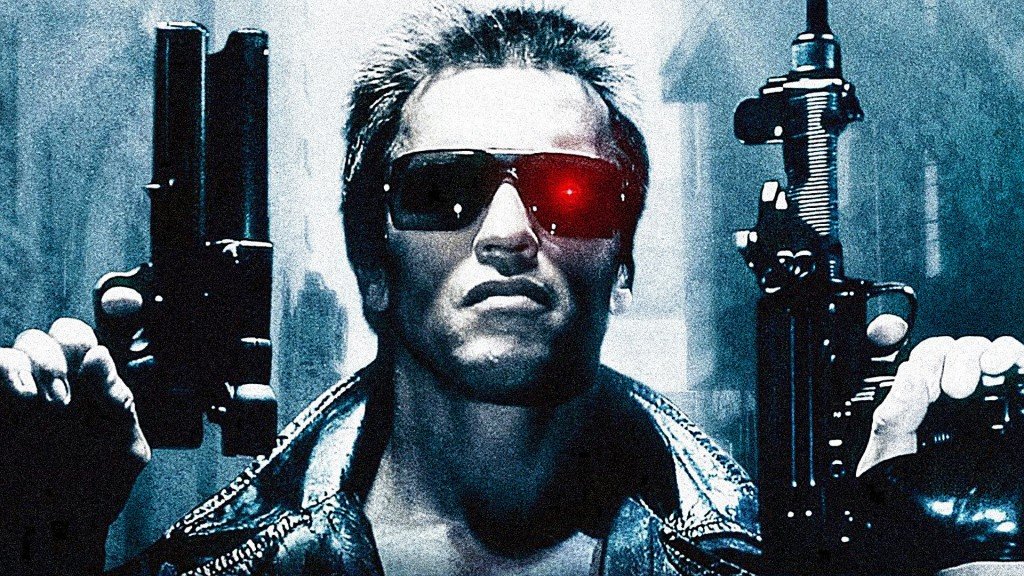 The 1984 movie skyrocketed Arnold Schwarzenegger’s career. His portrayal of the T-800 Hunter-Killer was legendary. He nailed the robotic movements of the futuristic cyborg hit-man. In particular, it was his creepy eye movements that made us look in awe. Turns out, the eye movement was intentional. Director James Cameron had instructed Arnold to move his eyes independently without moving his head too much. This would be a logical step for a machine to conserve energy. That is the reason why the T-800 stared the way it did in the 1984 movie. 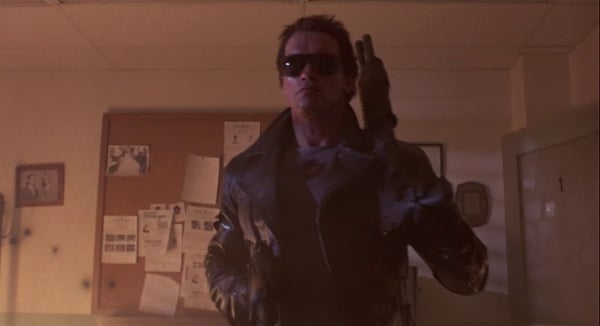 One of the most endearing scenes from The Terminator was when the T-800 assaults the police station. Dozens of trained police professionals that had access and the expertise to use fire-arms felt like sitting ducks in their own base of operations. The Terminator absolutely obliterated all resistance in search of Sarah Connor, who was also in the same building. The T-800 came prepared. To make sure he had enough ammo and he could load it as fast as possible, he had two ammo magazines strapped back to back in jungle style. This is a technique guerrilla warriors and special force soldiers use for faster loading in a fire-fight.

You May Also Like: Actors Who Nearly Featured in MCU Phase 1

Has the same RAM Capacity as the Commodore 64 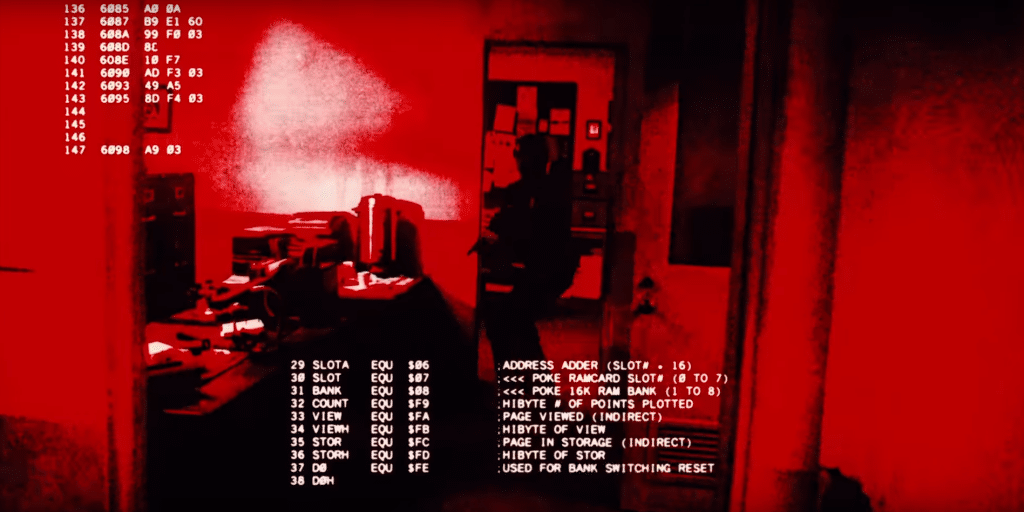 The Commodore 64 was the flagship computer model of Commodore International, a now defunct computer services firm. It was way ahead of its time and had some pretty cool features like the ability for holding a 256 KB RAM if an Extension Car is used. Well it may not seem like a lot now but back in those days, it was bleeding edge technology. The T-800’s HUD showed that it had a RAM capacity of 256 KB. It also ran on BASIC, a now seldom used computer coding language.

No Blade Visible During the Eye Removal Scene 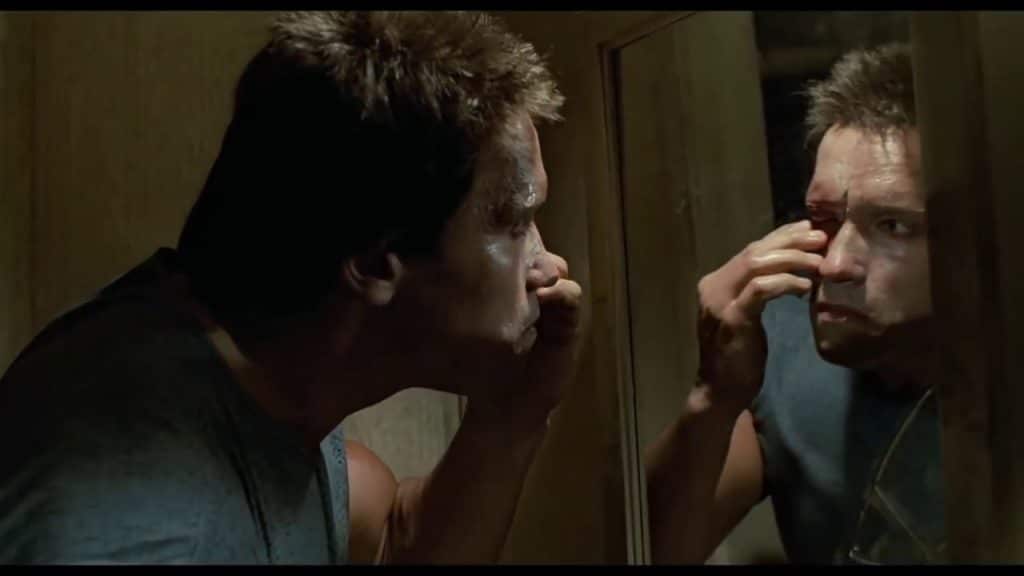 James Cameron went big on practical effects rather than special effects for the Terminator movie. He used an actual mechanical head with servos and automatic functionalities to be used as a prop in the scene. When the T-800 is taking the knife into his eye socket to remove the damaged portion of his face, the blade is not visible. The blade was intentionally removed from the x-acto. It was done to not damage Schwarzenegger’s face. While the camera tricks used managed to hide all traces of that nifty little detail, one single scene where the trick could not be played out and the raw footage had to be used gave it away. 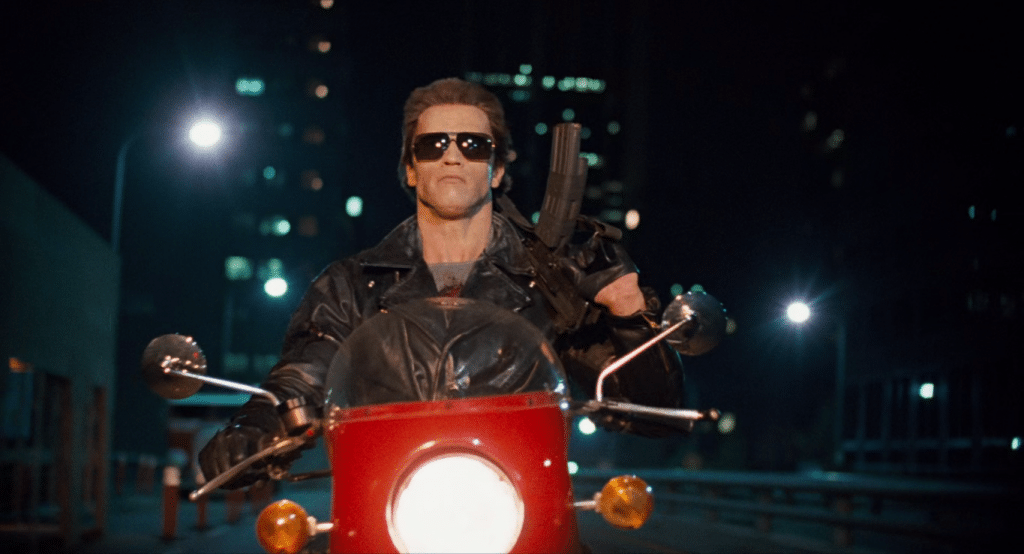 The T-800 comes with advanced optics and Heads-Up Displays. He has night vision as well as the ability of thermal imaging. He can see perfectly in the dark. And he can see up to several miles since his eyes are basically telescopic camera lenses. So the last thing he needs while driving a motorcycle is a headlight. That was a clear mistake James Cameron noticed when a few fans pointed it out. The T-800 in the 1984 movie uses headlights while in Terminator 2: Judgment Day, he does not. And now you know the reason why. 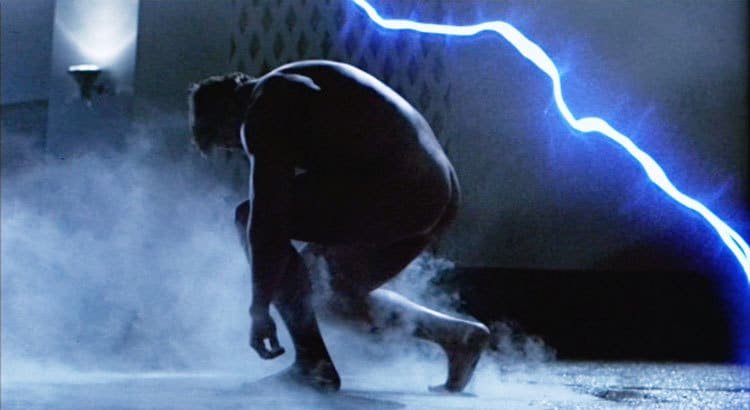 In every Terminator Movie, the Terminator always lands in a suitable location with its head held high. When humans make the jump, they generally find themselves in random locations. That is because Skynet, the world’s most powerful Artificial Intelligence ever created, programs the time jump for the machines. The humans have to punch in the coordinates themselves so they land either a few feet in the air or in a dangerous location while travelling to the past. That little detail has been consistent throughout the Terminator franchise from 1984 to 2019.

Related: Arnold Schwarzenegger Once Convinced Sylvester Stallone to do a “Piece of Sh*t” Movie 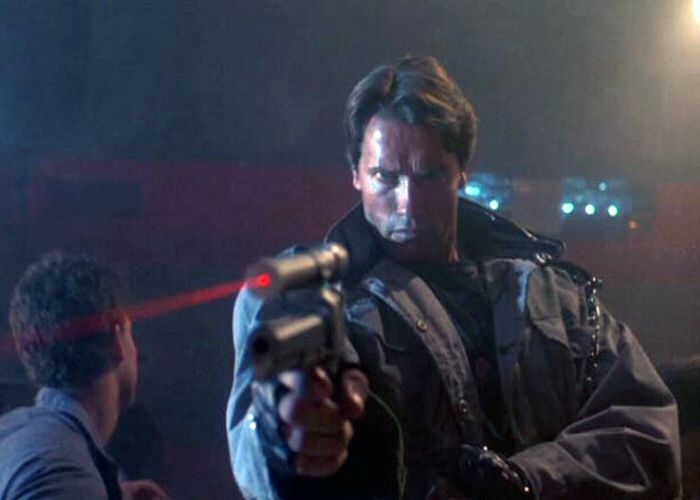 The Terminator movie specifically used some advanced technology as part of the T-800’s costume to give the movie’s time traveling hunter-killer a futuristic feel. The laser pointer that the T-800 uses in the movie was manufactured by a company known as Laser Products Corporation. The pointer was fitted within the iron sights of the 1911 Longslide Pistol. Laser pointers used in today’s fire-arms have an independent power source and can function for weeks with a full charge. The laser pointer used in the Terminator had to be fit to an external power source tied to Arnold’s sleeve and required him to flip a switch that was in his other hand.