Women have been a fixture in comics since the beginning, but they have frequently taken a back seat to their male counterparts. Comic book publishers have attempted to address the gender disparity in superheroes in a variety of ways, including the creation of fresh characters as well as gender-bent renditions of masculine heroes. Gender-bending in comics has not always been welcomed, but there are a number of characters that have managed to emerge from the shadows of their masculine forefathers and redefine the concept of what a hero might be. Some gender-swapped characters have proven just as popular, if not more so, than their original versions. Carol Danvers, for example, is now known as Captain Marvel and is more popular than the original Mar-Vell. Others have cultivated a smaller yet strongly loyal audience. 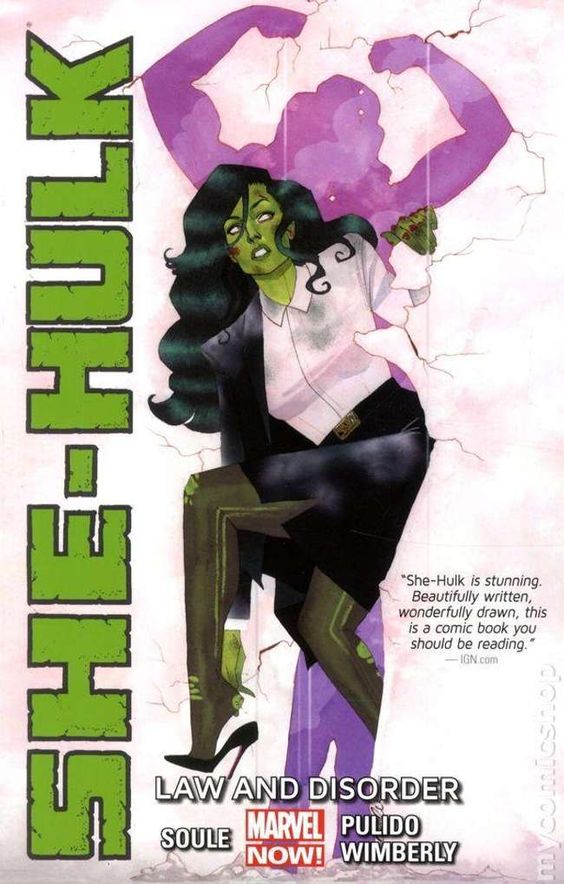 Jennifer Walters is Bruce Banner’s cousin, who later transforms into She-Hulk. Walters, who is originally from Los Angeles, attended UCLA to study law. She was a shy person in her everyday life, but she was a fiery lawyer who got on the wrong side of many crooks. Eventually, several criminals attempted to assassinate Walters, and she was transported to the hospital after they opened fire on her. Bruce happened to be in town that day and pushed his way into her hospital room, where he administered a life-saving blood transfusion. However, there were some unintended consequences. When a gang of criminals arrived at her hospital room to do the job, the gamma particles in her transfused blood transformed her into a large, green killing machine. Her confidence rose as she got taller, and for a time, she preferred to live in her Hulk shape rather than in her normal body. 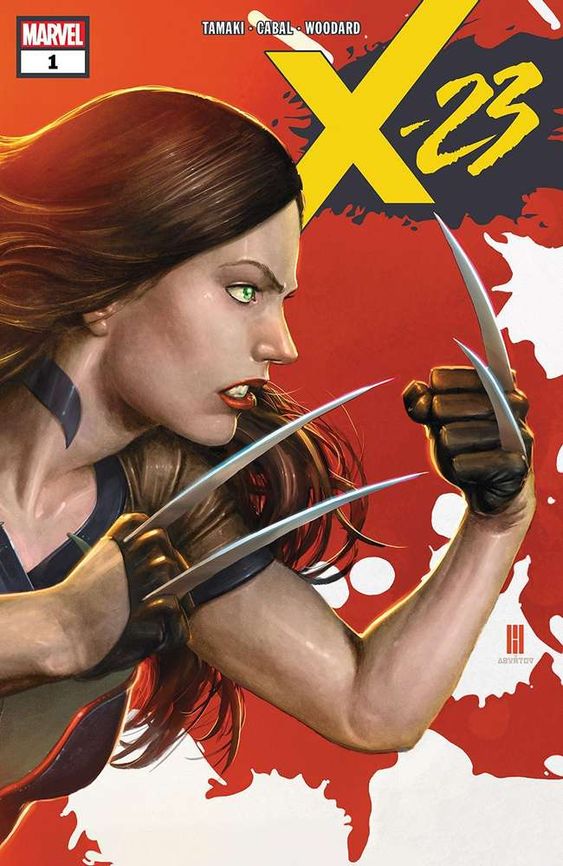 Laura Kinney, often known as X-23, is the female Wolverine in many ways. She was developed as part of the same Weapon X operation that provided Logan with his adamantium skeleton, and she was cloned from some of his DNA. She was developed specifically for the goal of becoming a weapon, genetically engineered by mutant geneticist Dr. Sarah Kinney to survive the physical toll of the Weapon X program. Dr. Kinney was successful, but she had to bear the kid alone. Laura was the outcome, and she was groomed to be as cruel as possible. Laura eventually found her way to Xavier’s academy and became a member of the X-Men after years of upheaval. 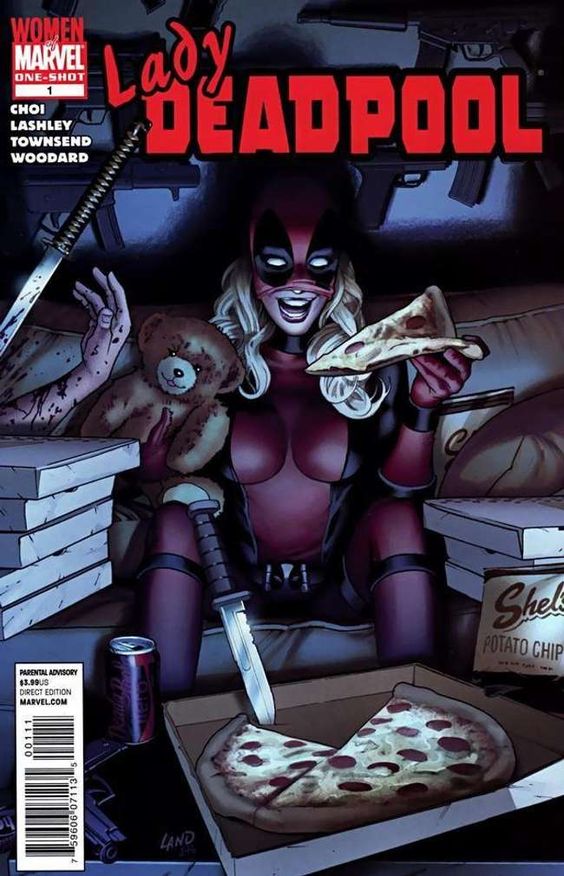 Lady Deadpool is every bit as weird as you’d imagine. Wanda Wilson is from Earth-3010, where she goes by the alias Lady Deadpool and fights a guerilla battle against a hyper-fascist American government. In this reality, the United States is engulfed in a bloody civil war. Lady Deadpool represents the resistance movement, which is commanded by the evil General America. 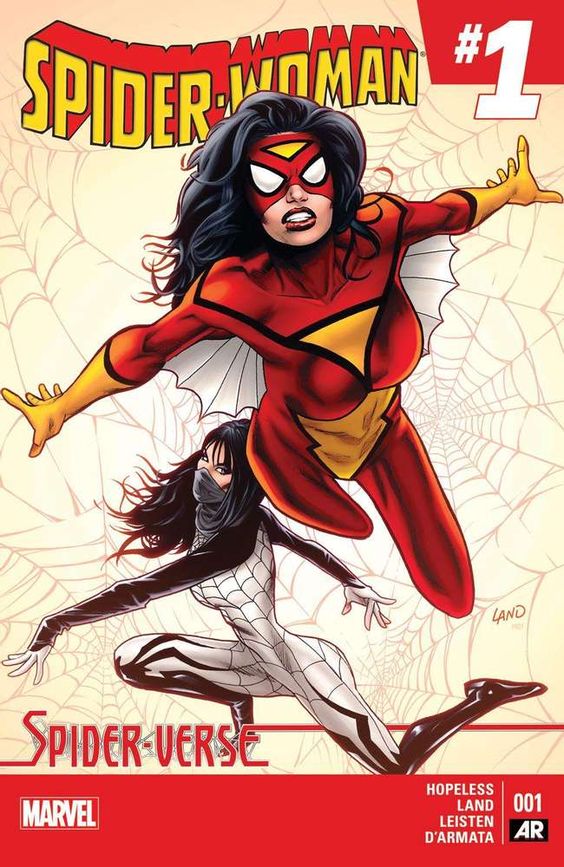 Jessica Drew is the original Spider-Woman, but the Marvel Universe has seen a slew of spider-themed heroes. She was reared by her parents in the imaginary country of Transia as a kid. Her father was a geneticist who discovered significant uranium reserves beneath the family’s land. He used the uranium to support his career, but Jessica began to develop radiation poisoning symptoms. In order to save her life, he utilized his skills to produce a vaccine containing spider DNA. For years, she was trapped in a genetic accelerator, maturing at a slower rate. When she first appeared, she possessed unusual abilities and was given the moniker Spider-Woman. 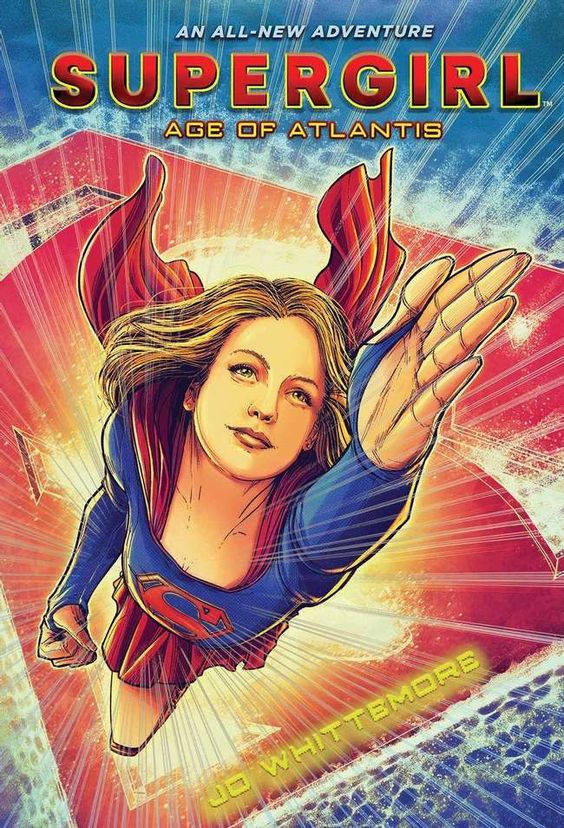 Supergirl is one of the world’s most famous heroines, and it’s not just because she’s Superman’s cousin. Kara Zor-El is a member of the Justice League and a Kryptonian. Her father, like her cousin, protected her from the destruction of Krypton. Kara was practically an adult when her father deceived her into entering a customized pod designed to transport her to a yellow sun, and she was not a voluntary participant in this decision. Her father, however, saved her life, and she ultimately arrived on Earth. Supergirl debuted in Superman # 123, but she’s since gone on to appear in a slew of standalone books. 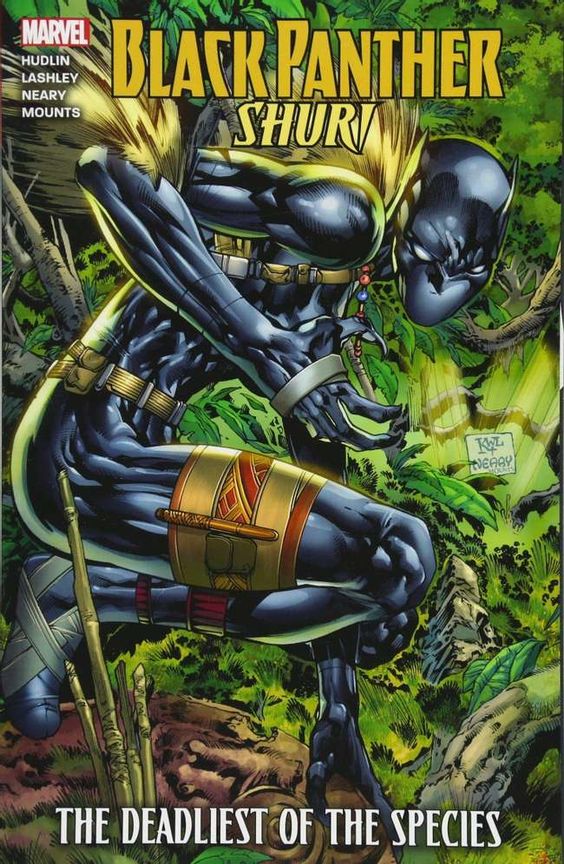 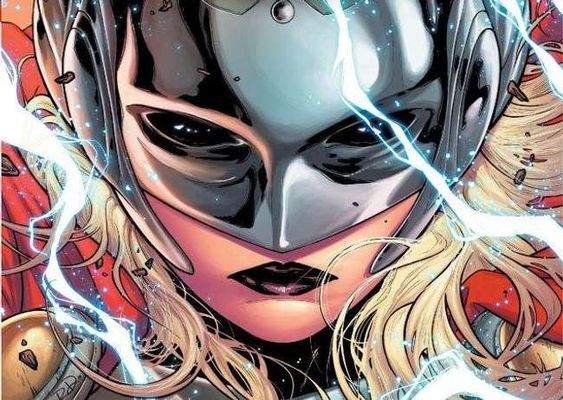 If you’re just familiar with the Marvel Cinematic Universe, you’re probably only familiar with Jane Foster as Thor’s love interest. In the comics, though, things are completely different, as she ends up becoming an embodiment of Thor himself. Jane is diagnosed with breast cancer at one time in the comics and is persuaded by Thor to represent Earth in Asgard’s Congress of Worlds. During this period, Thor is involved in a fight with Nick Fury, and as a result, he loses his “worthiness” and is no longer able to wield Mjolnir. The hammer begins telepathically beckoning to Jane, and she ultimately finds it and realizes that she can handle it. For a while, she wields the hammer in disguise before being challenged by Thor. He tries to reclaim the hammer, but eventually recognizes that Jane is the legitimate new owner. He goes a step farther and formally grants Jane the name Thor, and begins going by the name Odinson solely. Since then, the new Thor has grown to be one of the most powerful characters in the Marvel Universe. 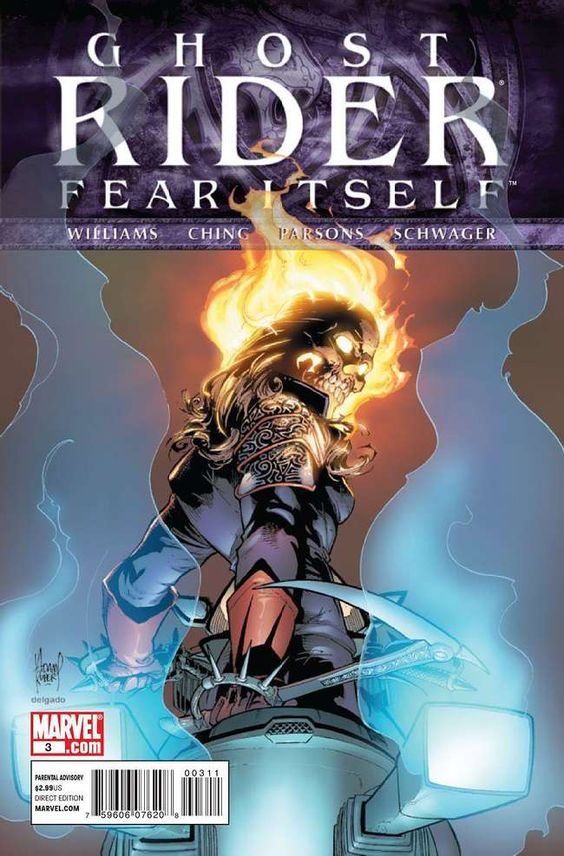 Alejandra Jones, the daughter of a human trafficker, has had a difficult existence. Her father sold her to a mysterious facility in Nicaragua, where she was groomed to become a Ghost Rider. Jones was chosen to be Johnny Blaze’s replacement when he willingly agreed to pass on the Ghost Rider curse to someone worthy. She fused her soul with the demon Zarathos’ and has been shown to be an even more formidable Ghost Rider than her predecessor. 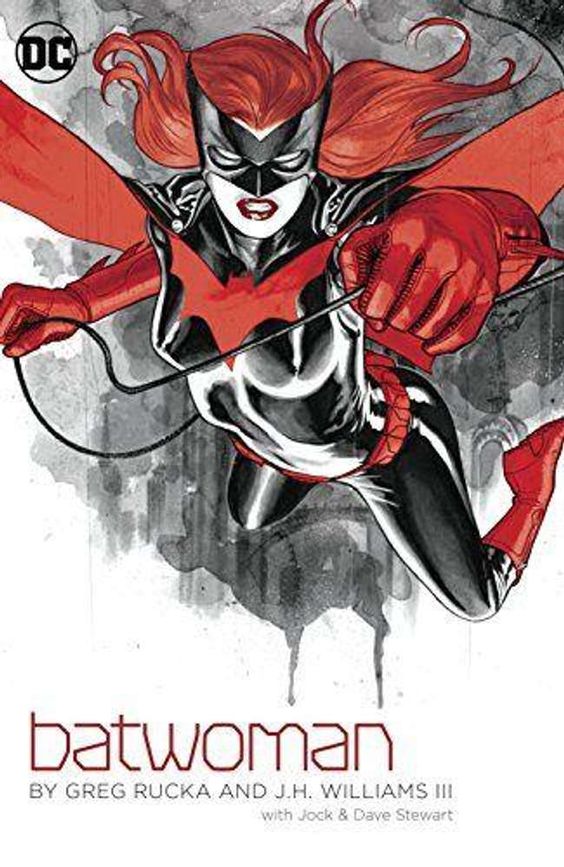 Katherine Kane was the first woman to be known as Batwoman, and she has earned quite a reputation for herself. She is a Jewish-American member of the LGBTQ+ community who was kicked out of a military institution due to her sexual orientation. She chose to protect the people in her own way, assuming the Batwoman identity and patrolling Gotham for villains, refusing to allow anybody to tell her what she couldn’t do. Kane, like Bruce Wayne, had a terrible background. She lost her mother and twin sister after the family was kidnapped by terrorists, and she went into a downward spiral following her release. After fending off a mugger and meeting Batman, she discovered a new purpose in life, and the rest is history. 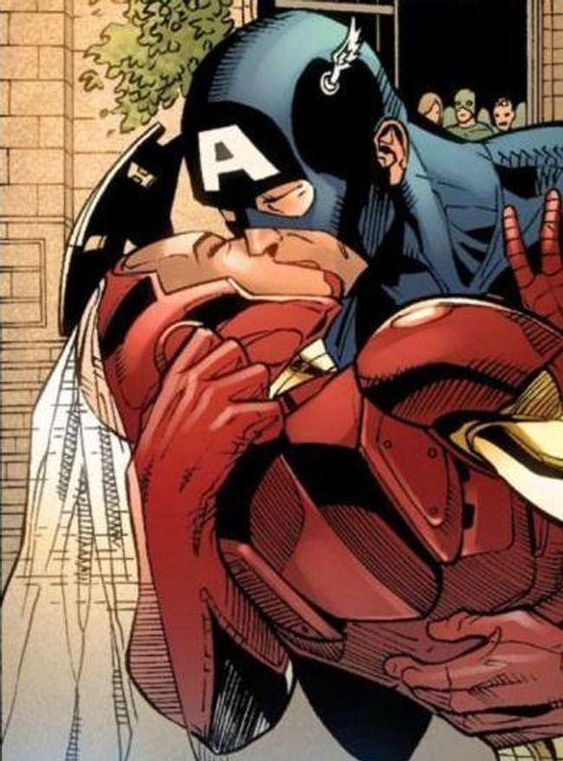 Natasha Stark is the reincarnation of Tony Stark. She inherits many of Tony’s qualities, notably his super-genius intelligence, despite being born a woman. Natasha is romantically involved with Steve Rogers in this reality. Because they work together and check each other’s worst impulses, the Civil War does not occur in this universe. Reed Richards was able to establish the Fifty State Initiative as a result of their friendship.

So yeah, these are the Top 10 Gender-Swapped Versions of Our Favorite Superheroes. Well, what can I say? These 10 gender-swapped versions of our favorite superheroes have their own style and story background. Did you guys like these 10 Gender-Swapped Versions? Let us know and don’t forget to have a look at these 10 Gender-Swapped Versions in the list above and do let us know your thoughts on these moments in the comments section below. Till then, keep reading Animated Times, the perfect place to get a closer look at the entertainment industry, upcoming movies, TV series, celebrity gossip, and much more. We’ll have you covered. Keep reading animated times, guys, for more.