The Juggernaut has managed to dash into the Marvel Cinematic Universe again as the last foe in the successful Deadpool 2 movie. However, his first foray into the MCU was the X- Men: Last Stand, a forgettable movie that did not please audiences. As it turns out, Juggernaut, the most formidable and persistent of the enemies of the mutant gang X-Men, is quite a complicated character in himself. He was first introduced by Stan Lee and drawn by Jack Kirby in the 12th issue of the X-Men comic. We list here the most obscure, fascinating and incredible things about the life arc of Juggernaut, the villain-hero-villain of the Marvel universe:

You may think since he is the half brother of Charles Xavier and so freakishly big, he must be mutant but that is not true. The true source of his strength and powers is more satanic. The two brothers were brought up together by their father and while Charles was treated with love, Cain Marko was tortured mentally and physically by the same man. Marko obviously resented the privilege of his own brother and when they were both posted in Asia during the war, he tried to run. While Charles tried to drag him back, he entered the cave of a demonic god that housed the Gem of Cyttorak. Upon touching the gem, he gained powers that made him so big and powerful and unstoppable. 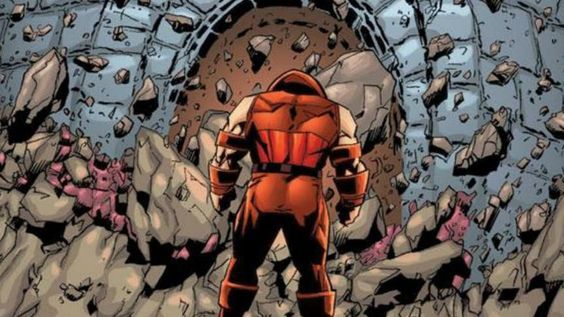 If he gains enough momentum, Juggernaut can not be stopped. The strategy is simple but effective – it is to plow through anything that gets in the way of going from one point to the other point. In the early days, he once knocked out the base floor of a skyscraper along with the supporting beams bringing the whole building crashing down on him, for him to only emerge unscathed and still unstoppable. Wolverine’s claws, energy beam from Cyclops and even the hammer of Thor have failed to stop him. The only people who have been able to stop Juggernaut in his tracks are an Apocalypse powered Hulk and Onslaught.

3. Not the only Juggernaut: 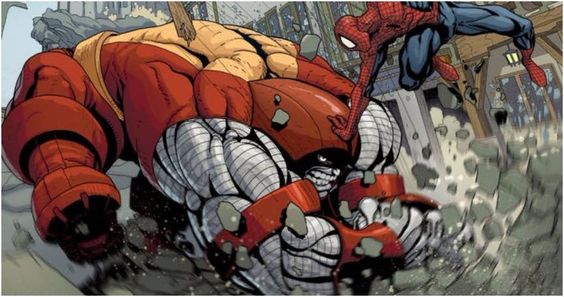 Because anyone who has the Gem of Cyttorak will be granted these powers, there have been other Juggernauts. There was a time when Cain Marko renounced his Gem in favor of the god of chaos Serpent who wanted to cause mayhem on Earth during Fear Itself. The Gem was then passed on to the gentle natured Colossus, who seemed to become almost invincible with his powers multiplied by the Cyttorak’s gem. He was already metal plated and could withstand a lot of damage but with the gem he could run through everything without so much as a scratch. However, the demon powers made him desire destruction just like Cain Marko. 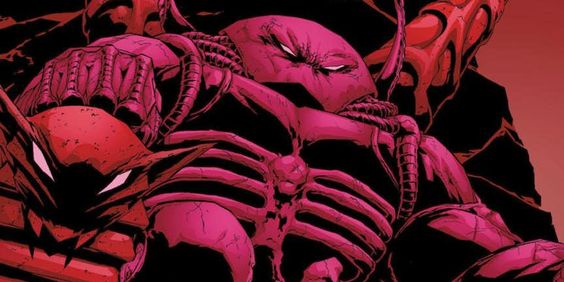 Juggernaut is as strong as they come. He has defeated Colossus and even the Hulk in World War Hulk that saw the peak of the Hulk’s strength. Others he has bested include The Thing and Venom. However, the most awesome example of the Juggernaut’s strength is that time he punched a deity. In the X-Men Unlimited, Juggernaut found himself caught in the Crimson Cosmos which is the home of Cyttorak, his patron god. The only way for Juggernaut to escape was to go through Cyttorak, which he does but outright punching him. There are several amazing things about this. Juggernaut’s power that comes from the gem of Cyttorak is only a small fraction of how powerful Cyttorak really is. Cyttorak is not from this realm and his power is supposed to be more than even Galactus and other the Celestial gods. Also, the magical power of Cyttorak is beyond anything in this world so for Juggernaut to just punch him out is incredible. 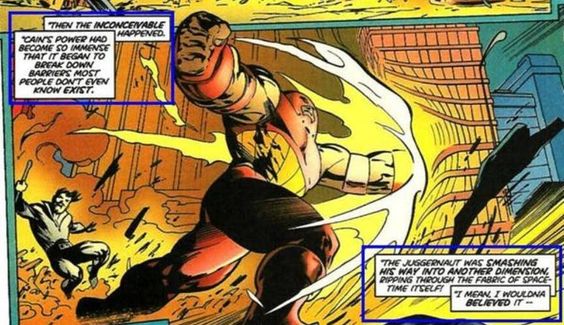 Juggernaut might be rolling around, but Cain Marko is actually a very focussed guy. While setting out to defeat the Gods of Trion that was race spread through times and galaxies, Juggernaut delves into the deeper powers of the gem of Cyttorak. Finding some real superhuman strength, he tears the fabric of the space time continuum with his hands in order to find the Trions. This trick might be neat and allowed him to pass from one dimension into the other but at the same time several dimensions were thrust together as Juggernaut’s violent tearing caused the boundary between them to shatter into a million shards. While pesky, it is important to remember just how powerful and individual should be to be able to do that. Because Cyttorak is so powerful, it also means that Juggernaut’s power is essentially boundless. 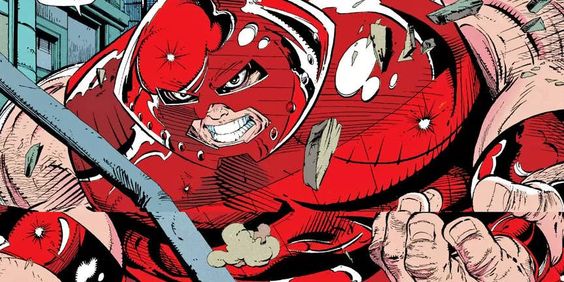 His various fights have been so intense that they have caused earthquakes. With the Hulk, his punches have measured as high as 8 on the richter scale. When facing an army, he once punched into the ground to cause a crack in the valley running upto a hill that fell on top of them and buried them.