Till now, the Incredible Hulk has been the strongest Avenger of the Marvel Cinematic Universe. But, two new possibilities of the character have shown up that are perhaps way brutal than the current version. 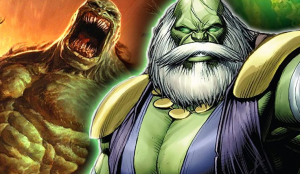 The Immortal Hulk has dragged Banner and his personalities into a devastating mode, which led to a terrifying transformation as well. While the Hulk has been through several transformations earlier in past, two future possibilities are here: the world-conquering Maestro and Marvel 2099’s Hulk.

Now that we are talking about these transformed characters, let’s take a close look at both of them and figure out which one is going to be the strongest. 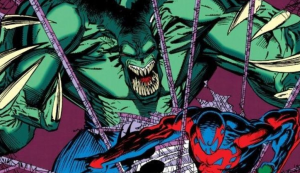 The 2099 Marvel Cinematic Universe is going to be a lot more different than the current one. With that said, things on the West Coast have always been worse and since Western California has separated from the rest of the country, the island region is now referred to as the ‘Knights of Banner’. The island worships the 20th-century hero and uses different tests and ways to recreate him to get things to turn right. As the plot turn, Hollywood lawyer, John Eisenhart, emerges as the Hulk for the year 2099. He is a massive brute with fangs and claws matching his terrifying stature.

John manages to retain his entire intellect and personality while getting transformed into the Hulk, something that Bruce Banner failed to achieve. This allowed John Eisenhart to get the right bond with his fellow superheroes like Spiderman 2099. His cunning was always portrayed as essential as his powers and in this regard, John’s Hulk was just as impossibly powerful as Banner. John is even capable of lifting up to 150 tons, as confirmed by the Official Handbook of the Marvel Universe A-Z. The maximum potential of John’s Hulk is still undiscovered and so does his true limits.

John Eisenhart’s Hulk 2099 might be a powerful successor to Banner but the original Hulk was persisted many times in the far future. He did it in the form of Maestro. This version first appeared in George Perez and Peter David’s 1992 release Hulk: Future Imperfect. The story of Maestro begins a century after the present day. Bruce manages to survive all the disturbances and battles around him and thanks to A.I.M. for kidnapping him. They planned to use the Hulk as a way to repopulate the planet.

After escaping from A.I.M., Bruce Banner made his way to Dystopia, and there, he got lorded over Maestro, a tyrant. When Maestro turns out to be one of Bruce’s old friends, Hercules, he starts to plot against him.  This conflict led to a longer plot that culminated in Bruce murdering Hercules using Vapor of the U-Foes, before murdering her in kind.

This further led to a conflict with Rick Jones who eventually tried to kill the Hulk. The plan failed and as a result, the elder Hulk placed himself as the ruler of Dystopia. He also placed himself as the mantle of Maestro. Sooner or later, his enemies used Doctor Doom’s time machine to bring Banner back so that he could take their tormentor down to his knees. As a result, while transporting Bruce back in time, Maestro gets dropped in the middle of the explosion that ignited it all. This put an end to the plot and timeline of Maestro but the true potential is yet to experience in the coming future.

To conclude, it seems like Maestro is more intellectual amongst the two and he is apparently more ruthless as well. Thus, Maestro could be the strongest one when compared with the Hulk 2099.