The Eternals trailer was recently unveiled. Apart from the actual story, the trailer has given us a glimpse into what we can expect. A surprising kinship between Thena and the famous Titan Thanos has also been revealed in the trailer.

To better understand Thena and Thanos and how they are related, we definitely need to understand the entire family tree. But before we begin with this video, do not forget to like this video and subscribe to our channel.
The name Thanos inspires fear in the entire galaxy of the Marvel Cinematic Universe. Remember how conveniently he swiped out half the living population in a snap?
Did you know a long time ago Thanos had a family, people whom he called his own? Imagine, most of them are now dead and by none other but Thanos himself. No doubt, he is called the Mad Titan, and to truly understand him, we need to understand his lineage. 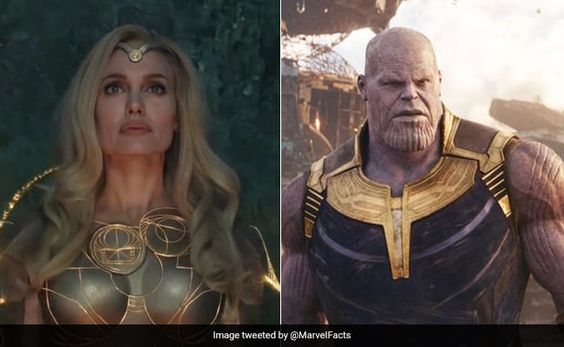 So without further ado, let’s just begin!
In Marvel, the very first Eternals were created by the Celestials. They are powerful god-like cosmic beings, much more potent than the Eternals. One of the first Eternals the Celestials created was Kronos.
Kronos, the former leader of Eternals on Earth, is actually the paternal grandfather of Thanos, making him eternal. However, his physical mutations classify him as a deviant.
Kronos and his wife Diana initiated the Eternals family lineage, two sons; A’Lars and Zuras. Kronos became the leader of the Eternals by overthrowing his own brother Uranos; however, after defeating Uranos, Kronos became victim to a lab accident which turned him into a god-like being. 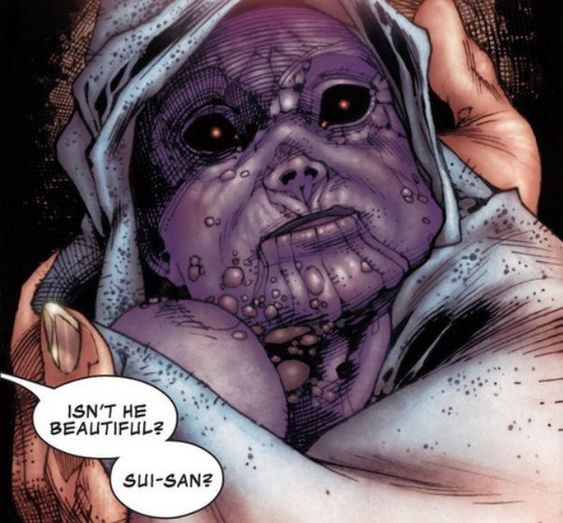 That is about his grandfather. Let’s now talk about his father, A’Lars. He seemed to find Earth too small for him to leave. He made his way to Titan, meeting Sui-San, the last survivor amongst the Eternals who followed Uranos into space. Together with the two, A’Lars and Sui-San, turned to science to repopulate Titan.
While Eros, their firstborn, was utterly normal Eternal, Thanos was born with Deviant Syndrome. What is a Deviant, you ask? Well, when two Eternals mate, they either give birth to another pure Eternal or a Deviant like Thanos.
The Deviants are pure evils and have the same powers as the Eternals. His defect drove Sui-san so crazy she planned to murder him not long after his birth, but guess who returned the favor? Thanos! He killed his mother at the age of 12.
Eros, his biological brother, joins The Avengers as Starfox, but Thanos never killed him. But, it wasn’t the brotherly love that stopped him. There was a copy of Thanos’s mind lying in his brothers’ brain as a failsafe case. Shrewd!
The Eternals on Earth, including Thena being one of them, are all related to Thanos as distant cousins. Still, it looks, no one wanted to claim these familial ties. 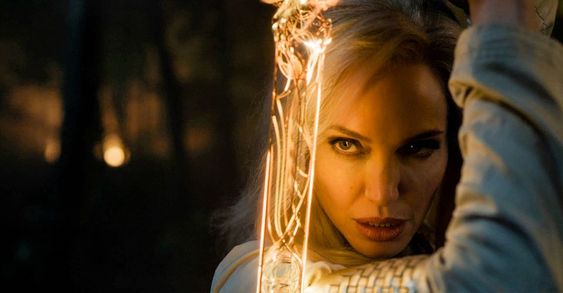 Thena is indeed a direct cousin of Thanos, remember Zuras, A’Lars Brother? Thena is his only daughter with his wife, Cybele. Thena has super-strength, super-healing, she can fire energy blasts and make weapons appear out of thin air… she’s got it all.
The recent trailer has brought in a distinct possibility that Thanos might actually show up in Eternals. This would further clarify where the Titans were during the events of Infinity War and End Game. Though it might be difficult for the MCU to explain where the Eternals were while on them was rampaging through Earth, wanting to wipe out half the population. Did they not get involved because of how awkward the potential family reunion would be?
The upcoming movie might give us a glimpse into his complex mind and into his childhood, explaining his actions, at least to some extent. 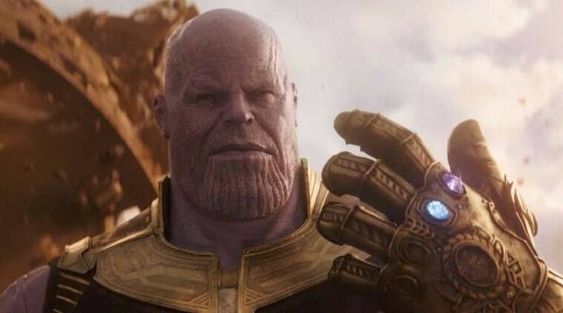 The recent Marvel TV series on Disney+ addressed the happenings after the Snap, so perhaps Eternals will be upfront with us when it comes out on November 5, 2021.
Till then, keep watching our videos and stay updated with the MCU.